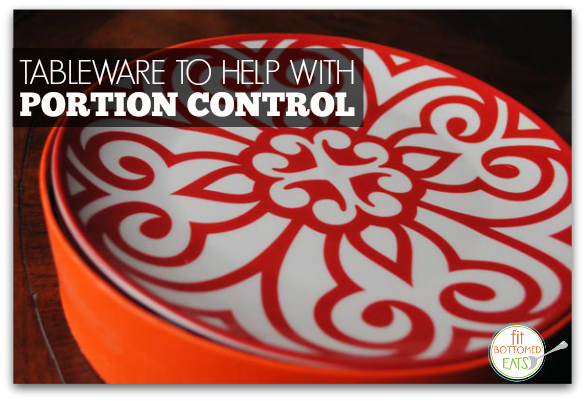 Truth: “portion control” is not exactly a sexy or chic term. It just sounds, well, boring. It sounds restricted and limiting and not a whole lot of fun. But, we obviously know how important portion control is. I mean, portion control has gotten out of control pretty much everywhere (even for kids’ meals!), and there’s plenty of research that shows that it’s causing not just larger waistlines but also health issues. So, yeah, that’s no good. But what if portion control could be more chic? What if it was actually downright beautiful and made your meals prettier and more pleasing to the eyeballs? Wouldn’t that be great?
I thought so! Which is why when Slim & Sage asked us to review some of its tableware, I was interested. And when the plates arrived on my doorstep, I had a feeling this was going to be good. I mean, heck, even the packaging is cute! Kind of reminds me of a hat box. Not that I have a hat box, but, you know, I’ve seen them in movies and stuff. 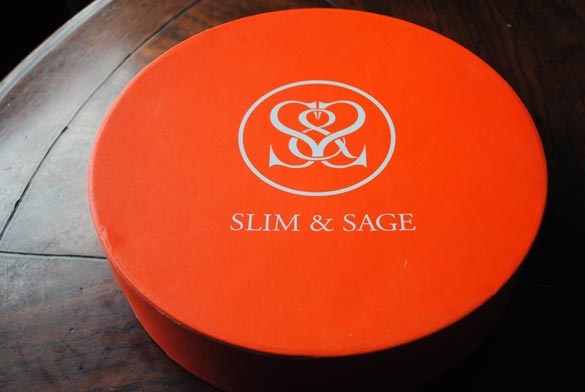 And look at the prettiness inside! So bright! So classic! So chic.
These 9-inch plates are smaller than your usual dinner plate but larger than your typical salad plate. For a lot of dinners, I eat off of my salad plates just to keep my portion sizes down and really focus on my food (and not just filling the plate), but sometimes you need a little more room. So I liked the size of these. 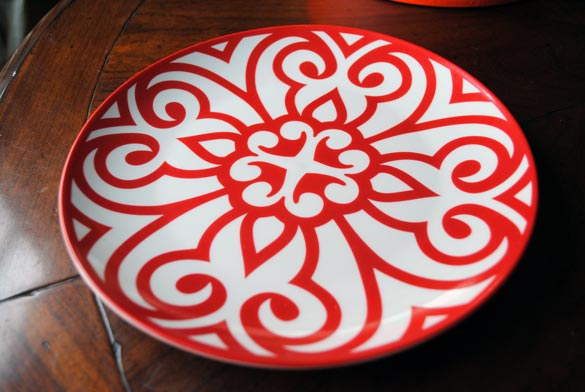 Not to mention that if you look closely, you can see a pattern. And it’s in that pattern where the portion-control magic happens. (Kind of like the bedroom on Cribs, if you’re old enough to remember that show.) The gist is that every time you dish up, you get half a plate of veggies, a quarter plate of lean protein and another quarter of whole grains. For those looking to eat healthier or lose weight, it’s a simple concept but one that makes sense — and it’s brilliant in that it’s worked into a beautiful design. Like a little pretty healthy secret only you know about! 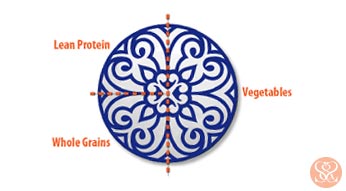 The plates are nice quality, too. They’re sturdy and thick, and look great with veggies on it (the green ones look especially great on the red — although the plates come in blue, too). 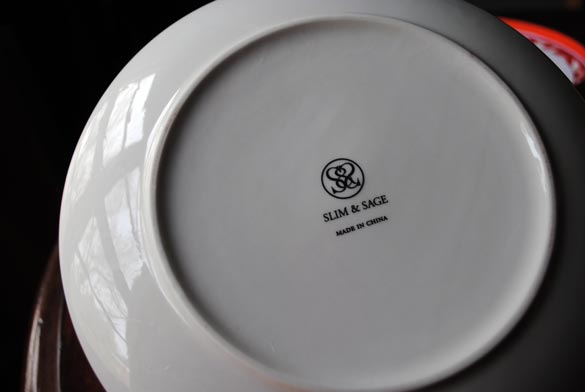 A set of four will set you back $59, and I’m happy to report that they’re dishwasher and microwave safe. ‘Cause ain’t nobody got time for plates that aren’t. 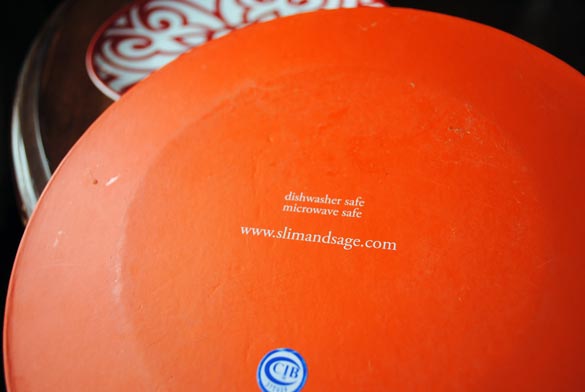 Now, I’ll be honest. I don’t follow the formula every time I eat on these. I’ve dished up dessert on them, had a snack of just turkey and avocado that took up the whole plate and had a grip of fish tacos on them. I also eat this, on the regular: 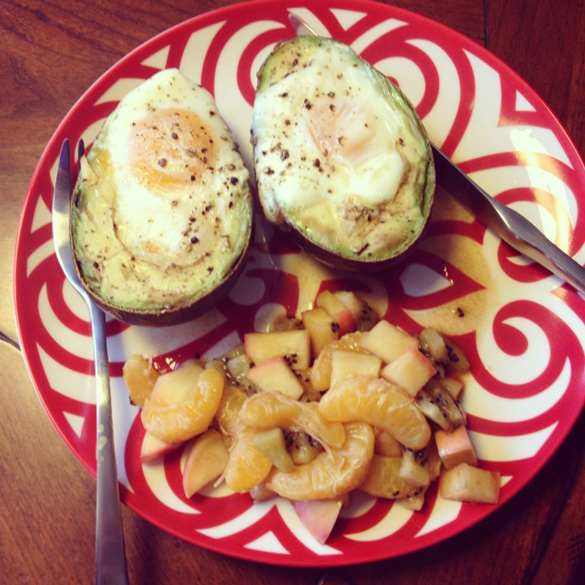 But still, I love them. They’re brighter than my usual black-and-white plates, and the size is perfect for me for most things. And whenever I plate with them, I am more aware of portion size. Not to mention that they’re so pretty that I feel fancier just eating off of them — which makes me slow down and enjoy my meal more. I’ll call that a win any day! So sexy portion control? Yep, happening right here.
Would you buy special plates for better and more beautiful portion control? How do your plates affect your eats? —Jenn