Looking for a simple, easy totally no-fail recipe that’s gluten-free? We’ve got it. In honor of Fit Bottomed Dudes’ Week on FBG, Greg Walters is sharing his first post on Fit Bottomed Eats. It’s one of his favorite recipes that, he says, “even a guy can make.” 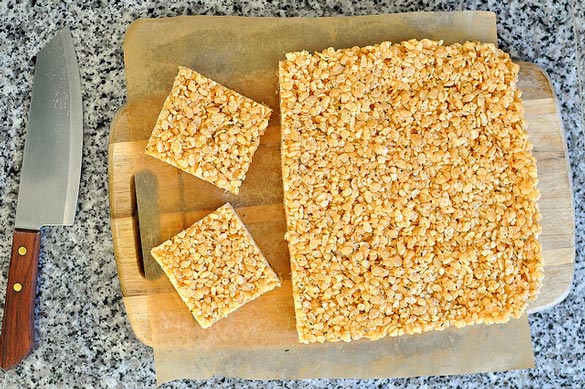 As my wife of 30 years once told me, “Honey, you are definitely ‘all boy’.” I never really quite understood what she meant, but I believe it qualifies me to say that I am truly breaking the glass ceiling at Fit Bottomed Eats. I mean, there’s only been, what, a handful of male writers?! I am a pioneer! And a pioneer who has a gluten-free recipe to share.
Before I get to my recipe though, I wanted to throw in my two cents worth about gluten. I borrowed the following from one of my favorite resources: Wikipedia.

Buddhist monks discovered gluten in the 7th century. The monks, who were vegetarians, were trying to find a substitute for meat. They discovered that when they submerged dough in water, the starch washed off and all that was left was a meat-like, textured, gummy mass — gluten.

The monks may have had the above in mind, but in today’s world, food manufacturers use gluten to want us to have more of whatever it is we are eating. Gluten and other additives are designed to make the food taste better, feel better in the mouth and, unfortunately, leave us with a desire to eat more, more, more!
Some people are sensitive to gluten. It does not break down and digest as easily as more simple foods and can lead to bloating and heartburn, or, as they like to call it on television commercials, acid reflux disease.
The first thing you learn about gluten is that it is put into darn near everything you eat. I remember going to an early dinner with family shortly after starting my gluten-free diet. Everyone was having drinks, so I ordered a Bloody Mary. Imagine my surprise when I later learned that the Bloody Mary mix used had gluten in it!
Rice is gluten free. So I went to my local grocer and bought some Rice Krispies. Guess what, they add gluten to the cereal to keep the texture crisp in milk!
They do make gluten-free Rice Krispies but it is not the same. The cereal turns to mush in the bowl and in your mouth really quickly.
The point to all of this is that if you do decide to go gluten-free, get ready to change your eating habits. It is really not that hard to do, but you do have to stay away from processed foods. Learn to enjoy natural foods and you will be fine. There is also an expanding market for non-gluten foods.
If you go gluten-free you may lose weight — which is always a plus. You will feel better and you rarely leave the table feeling like you ate too much. But the really big plus is that you will begin to enjoy eating more as you discover and rediscover more nutritious ways to eat.
And now, finally, the recipe I promised in the title.
A couple of paragraphs back I wrote about that gluten-free rice cereal. They really do turn mushy in milk and are not very pleasant to eat as a breakfast food. The gluten gives the cereal the texture and also helps create the “snap, crackle, pop” noise we have come to expect from Rice Krispies.
But … I did find that the somehow the gluten-free version does retain the crispy texture and flavor when used in Rice Krispie Treats. Which, as any guy will tell you, is the perfect breakfast food. Give me a glass of milk and good-sized Rice Krispies Treat for breakfast and I am set for the morning.
So there you have it. A recipe so simple that even a guy like me can make it.
Click here for the recipe … enjoy!
Any other guys go gluten-free? Have any other easy and quick recipes that you love? —Greg Walters