It’s an FBG blog takeover! In honor of Fit Bottomed Dudes’ Week on FBG, Karen is sharing her husband Bill’s eats for a day!
I’ve been at this health business a long time. My mother taught me the importance of exercise and culinary school bestowed upon me a love of good food; so my daily eats usually consist of some pretty good choices. But, my husband Bill, well, let’s just say he is a work in progress.
Bill gave up coffee years ago and now always starts his day with a big glass of juice. He is as adamant about his morning juice as us coffee drinkers are about our caffeine. 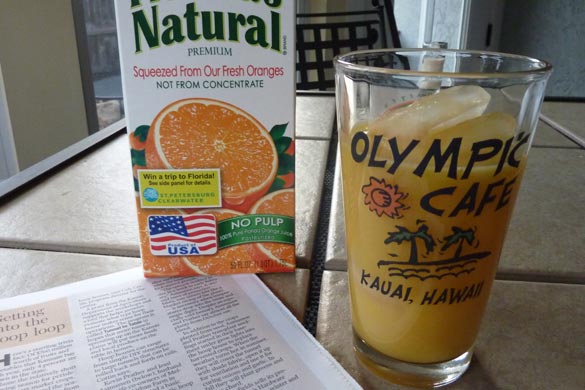 His favorite is orange/pineapple, but it varies.

Personally, I think he over does it on the portion size, but he is quick to point out that he never gets a cold and is rarely sick, which is true, so there must be something behind that vitamin C thing.
His primary requirement for breakfast is that it is quick, easy and requires no cleanup. After a shower (always in this order), he often goes for a single piece of toast with peanut butter. It’s not a bad choice, and in his defense he uses way less peanut butter than I would, but he also always puts butter on it first! He does love his butter. 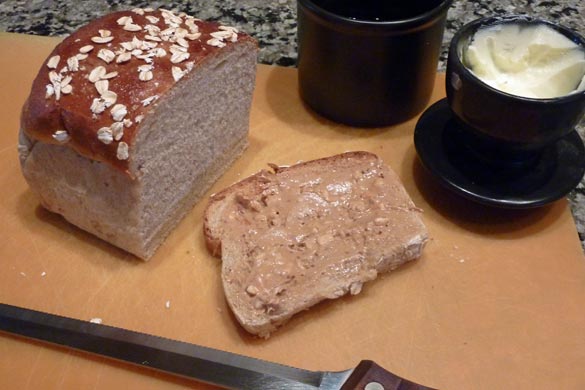 Score one for my homemade bread, deduct one for the addition of butter.

Bill is not a big snacker, so lunch comes early — around 11:30! (Holy smokes man, it’s not even noon yet.) We frequently have leftovers so the midday meal is often a no-brainer, but on days when he is left to his own devices, it ain’t pretty. 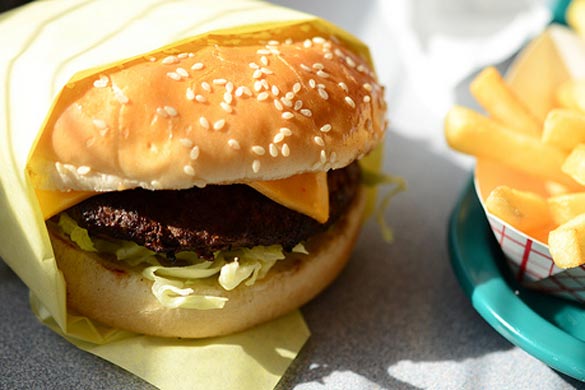 The only thing missing is his daily Dr. Pepper. Credit: r.nial.bradshaw, Flickr.

I’ve introduced him to many different foods, which he enjoys, but old habits die hard and more often than not he resorts to the old standby: fast food. A prerequisite soda accompanies lunch no matter where he eats.
Our garage fridge is testament to Bill’s love of beer, and he frequently grabs one after a hard day’s work. 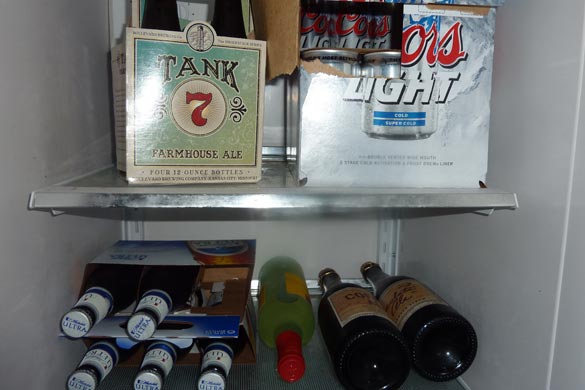 As a bachelor, Bill ordered pizza a couple of times a week. Thanks to his loving wife (that’s me) dinner is now much healthier. I usually try to load up on the veggies to compensate for the lunch. 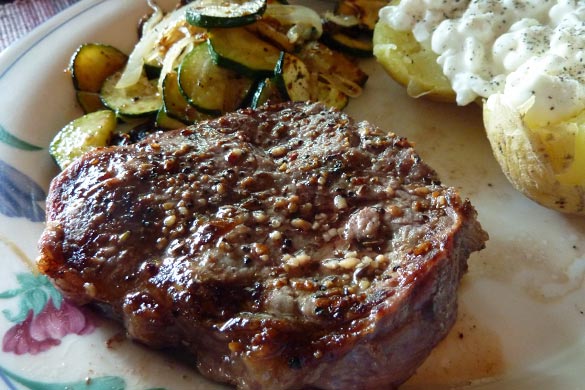 Bill is not much for sweets, but once a year he supports the troops and buys Girl Scout Cookies. He has a weakness for Carmel deLites, so when four boxes showed up on our doorstep last week, I immediately put three into the freezer for safekeeping. 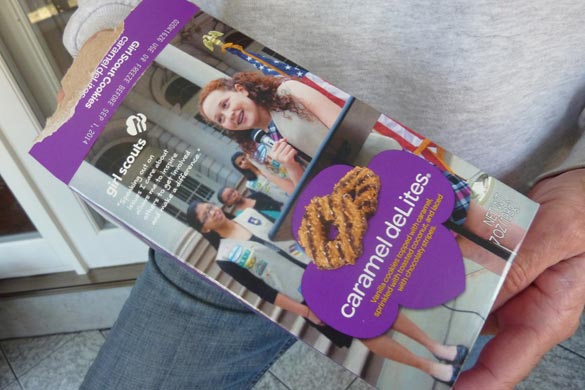 Bill wonders if the cookies can get any smaller.

Truthfully, some of Bill’s choices make me cringe. I’ve witnessed him eating a hotdog from a convenience store and have spied Taco Bell wrappers stuffed deep in the trash bin. However, his blood sugar, cholesterol and major vitals are not only good, but are in the excellent range. He also suffers none of the digestive issues that I do.
I’d love to see Bill cut back on the sugar and the saturated fat, but he is a staunch believer that his body tells him what it needs (even the soda, but then, he also believes in aliens), so who am I to judge? It just goes to show that what works for one may not work for another.
I will continue to promote healthy alternatives for my hubby, but I’ve got to admit, those Carmel deLites are damn good!
How does your diet compare to your significant other’s? —Karen
New Fitness
New Mamas
New Eats
New Zen
STAY IN THE KNOW
When new stuff happens, you'll be the first to know!