You guys know that I’m pretty smitten with coconut and that I’m always looking for tasty new gluten- and dairy-free ways to enjoy my favorite things. But recently those two worlds combined into what feels like a culinary explosion of awesome that was made just for me. And the result was Coconut Whipped Cream.
Coconut Whipped Cream.
Just the words make me giddy.
As a kid, I used to eat pint upon pint of strawberries covered in light and sugary Cool Whip. And, then, I became old enough to read food labels and more educated to realize what “whipped topping” was — and wasn’t. Much, much later in my life, I realized dairy didn’t go so well with my digestive tract. And, thus, my whipped topping and even real whipped cream days were limited to very special occasions (and, let’s be honest, ice cream cake of any kind because any day there’s ice cream cake it’s kind of a big deal).
Then, for my annual Friend Feast last year we made a trifle that used coconut cream as a whipped cream substitute, and I was blown away at not only how ridiculously simple it was to whip up (Get it? Har har!), but also how tasty it was and how much it really tasted like whipped cream. 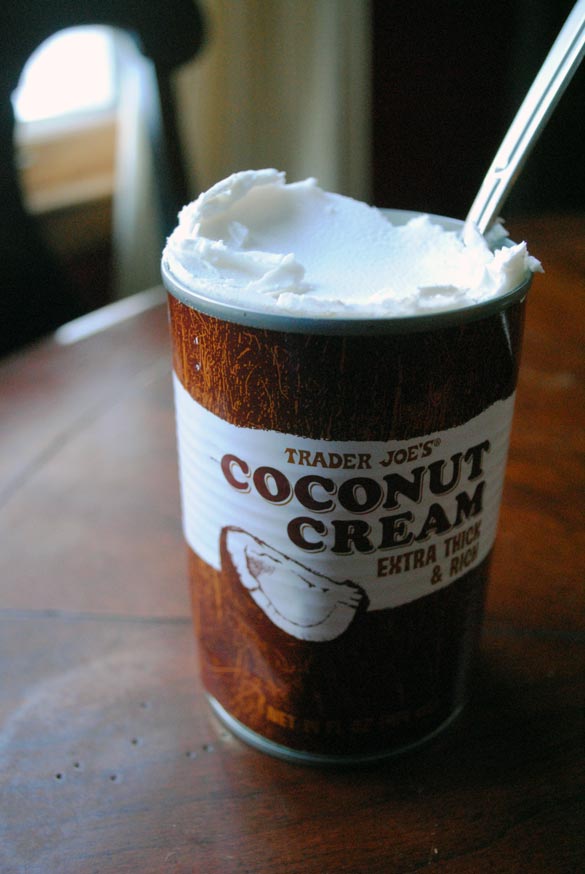 Since then, I’ve been making coconut whipped cream on the reg. It started out as a fun addition to dessert. I’d make it to top cookies with or — hearkening back to my early days — dip fresh fruit in it. With just a little coconut flavor to it with all the rich and airiness of regular whipped cream, it was such a great treat! Coconut is filled with good fats, too, so although it’s calorie rich, it’s the good kind! 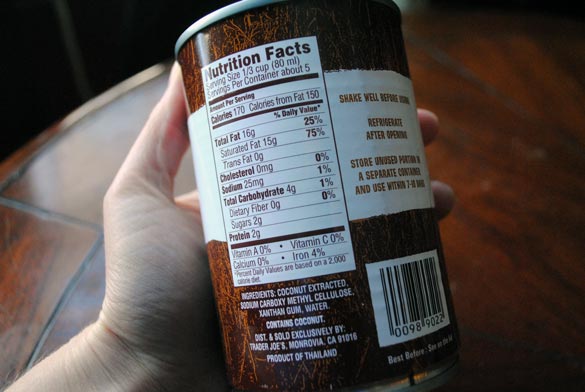 Soon after, my love affair with coconut whipped cream reached a new level. A daily level … in my coffee. Every week, I’d pick up a can of coconut cream at Trader Joe’s, whip it up with a little sweetener and then put a generous dollop in my morning coffee. In my afternoon cup of decaf. In my evening cup of Teeccino. 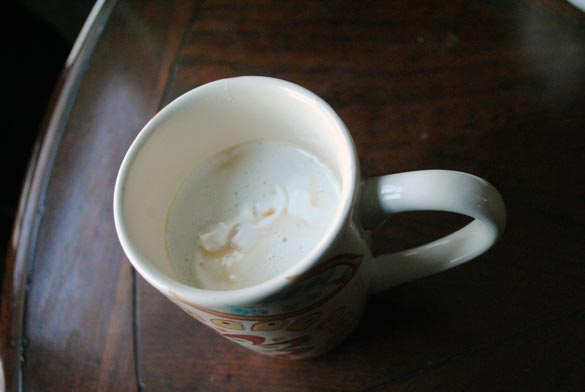 Or you know, just a spoonful here or there as a snack. 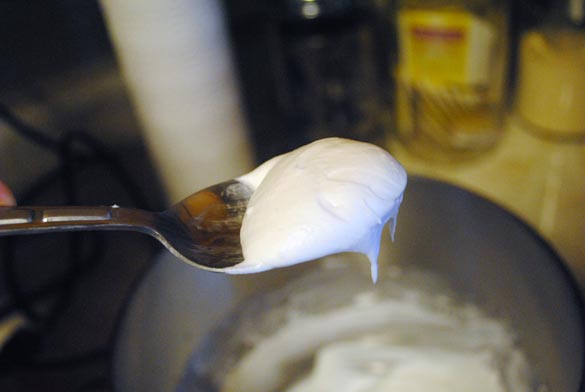 I’ll admit; I might have a coconut-whipped-cream problem. Alas, I’m keeping my coconut-whipped-cream intake down to no more than one can a week. And, for the record, I’m always trying to share with others. After all, no one wants to be a lonely coconut-whipped-cream junkie.
To continue sharing the love, I’m including one of my favorite new twists on the basic coconut whipped cream recipe! The little kick of rum makes for a rather delightful twist — and feel free to adjust the amount of sweetness or rum based on your palate. And if you’re not a fun of rum, you can always sub it out for Kahlúa (I just tried that, and it was pretty amazing) or something non-alcoholic, like almond or coconut milk. Enjoy. You’ve been warned … 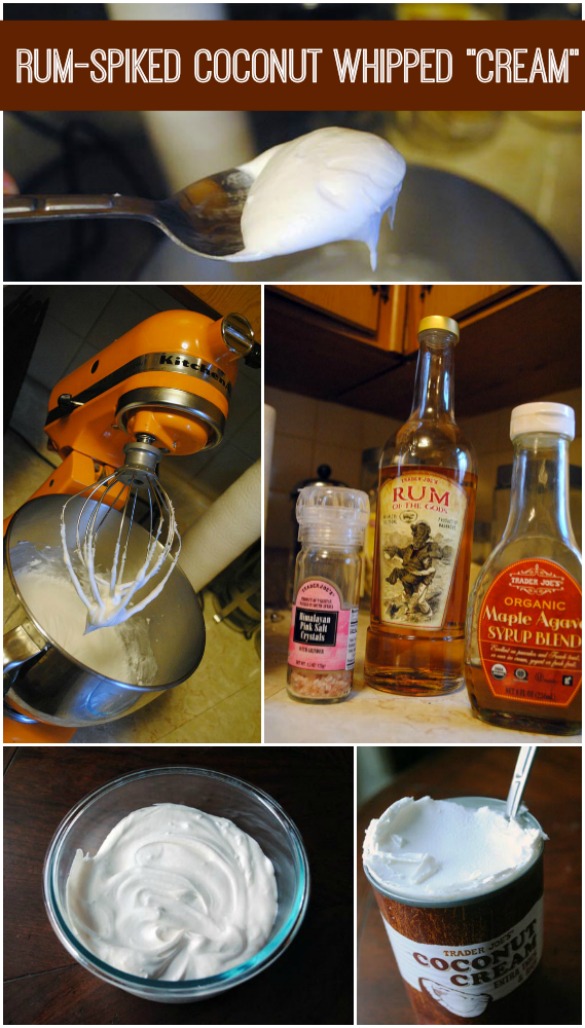 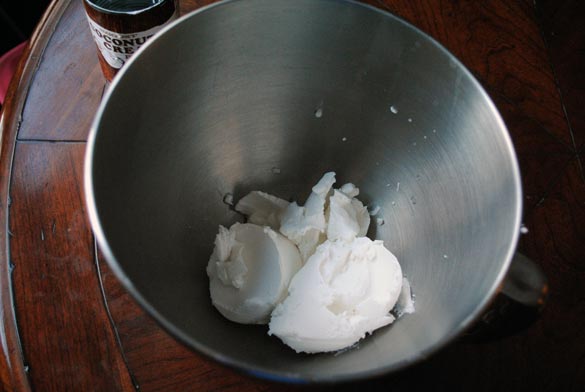 2. Whip all together, a tablespoon at a time. Depending on how thick and free of water your coconut cream is, you may have to add a little more or less liquid. Blend and taste as you go. You want the consistency to be like Cool Whip. 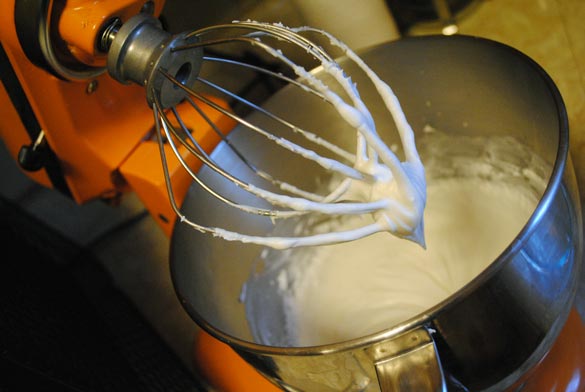 3. Once you’ve got your flavor right (you know, tasting plenty as you go!), pop back in the fridge for at least an hour. It’ll harden up a little more, making it the perfect consistency. 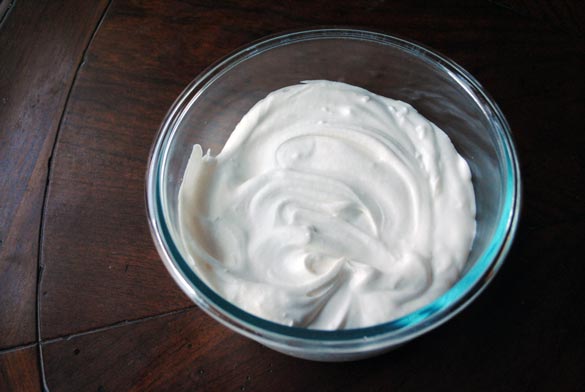 Anyone else obsessed? I’ve been toying around with making a chocolate version, but I’m afraid it might put me in Coconut Whipped Cream Anonymous. —Jenn