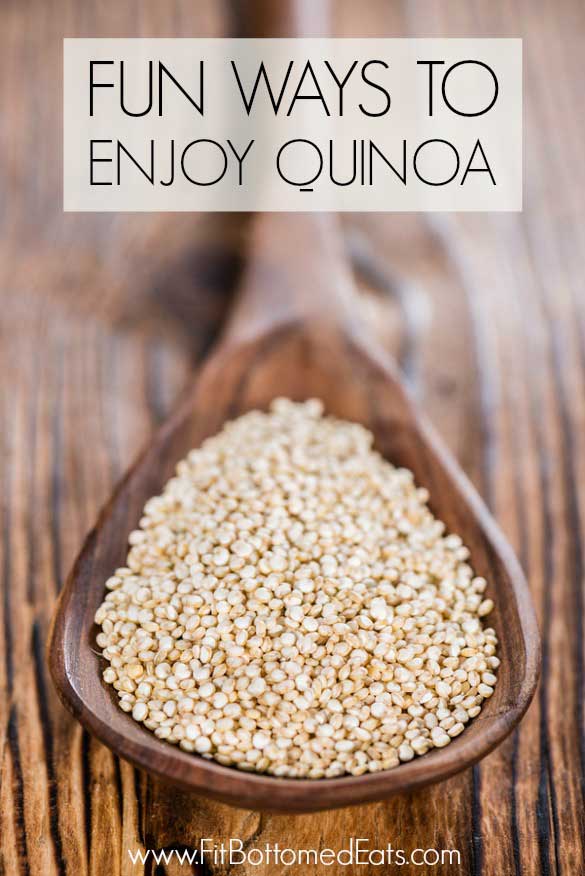 What a difference a few decades make. When I was a youngster, the basic grain choices were oats, white rice, grits and noodles or macaroni. Then brown rice and whole-wheat products hit the scene with their high-fiber/low-glycemic badass selves and quickly became the darlings of the food circuit.
But now, wow! There are oodles of choices: millet, kasha, wheat berries, purple barley, amaranth, quinoa and black rice — just to name a few. These grains aren’t exactly new — they’ve been consumed worldwide for centuries — it’s just they have finally made their way into North American kitchens.
And great news: a lot of these whole grains (or wannabe grains, since some of them aren’t really grains at all, but seeds) are as easy to make as the old standbys but offer superior nutrition.
Just a few fun facts: amaranth, millet, quinoa and wheat berries have much higher levels of protein than brown rice; the fiber in barley is more effective in lowering cholesterol than oat fiber, and buckwheat or kasha is the only grain known to have high levels of an antioxidant called rutin.
All good things, but the challenge is incorporating the new grains into your everyday diet.

My latest foray into the world of healthier grains was with quinoa, pronounced KEEN-wa. I rinsed and boiled per package instructions and served it with chicken kabobs. It tasted remarkably similar to brown rice, but thanks to its higher protein and fiber content, we consumed less than anticipated and ended up with a bowl of leftover cooked quinoa. 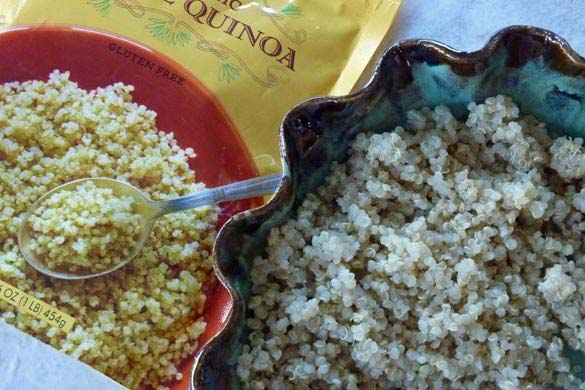 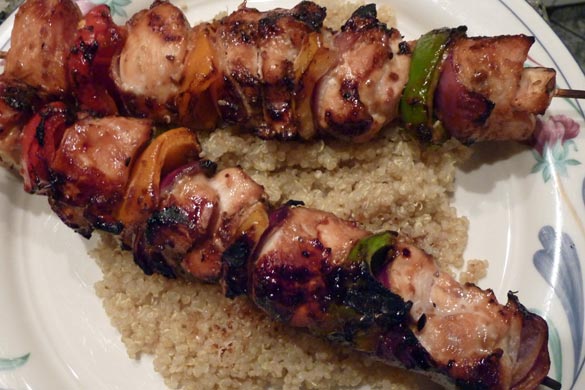 What to do, what to do?
A Google search produced this easy-to-make chocolate, peanut butter and quinoa breakfast cookie, which took care of the leftovers, added another gluten-free choice to my recipe box, and fortified my conviction that intelligent life could not exist without Google. 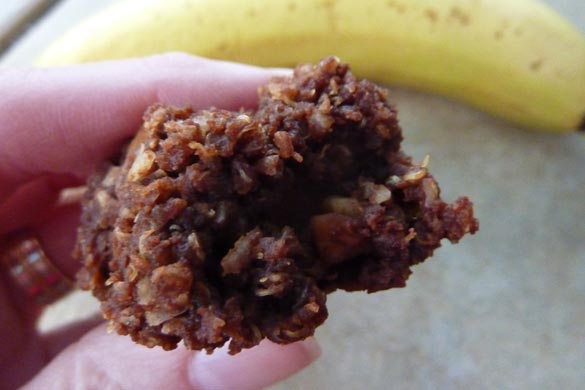 A banana and a quinoa cookie (or two) made for a good on-the-go breakfast.

Digging the whole quinoa experience, I went in search of more uses for my new wonder grain and found this Crispy Quinoa Slider recipe. They didn’t fall apart when fried (unlike my black bean burgers) and made me want to throw rocks at my old recipe. 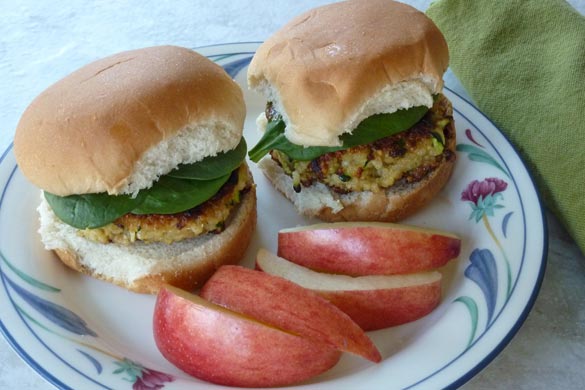 And finally, this strawberry smoothie had me knocking on the doors of quinoa nirvana. Loaded with high-quality protein, it could stand as the benchmark for anyone interested in a non-protein powder smoothie.
I’m not kicking brown rice, oats or any of the old reliables I grew up with to the curb, but mixing it up with some of the new grains just makes life that much more interesting.
Have you found a way to incorporate any of the new grains into your life? —Karen
New Fitness
New Mamas
New Eats
New Zen
STAY IN THE KNOW
When new stuff happens, you'll be the first to know!