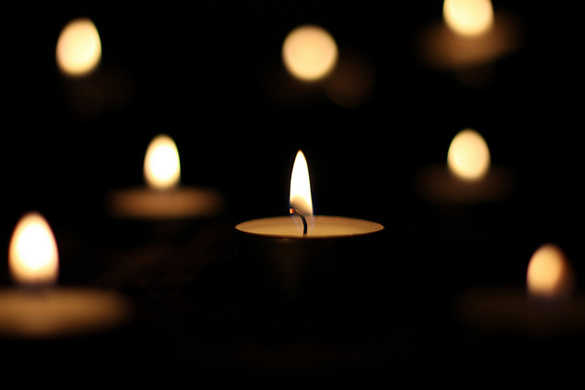 Hearts have been heavy lately in Kansas City for the Jewish community and all that surround the community. A man opened fire outside a Jewish Community Center recently and then went to a Jewish retirement village and continued. Three lives were lost, while the shooter was chanting hateful anti-semitic and neo-nazi ramblings. Not all victims were Jewish, but they were all innocent bystanders going about their day.

I was driving to Chicago when this took place. My phone buzzed so many times in a row I knew something wasn’t right. My friend gave me updates as she was receiving them, and I anxiously dialed my husband. I suddenly felt scared, alone and nervous. Scared for all those inside the JCC and Village, those who we know and those for who are a part of our community but are perfect strangers to me. I felt alone as a Jewish woman in a world that still expresses hatred, and I felt nervous for the future. Nervous for the possibility of history repeating itself. Hate is a learned behavior — it is not something I believe anyone is born with. It is not blood-bound, in my opinion. It becomes an understanding in life as normal and accepted. Normal — I am aching typing “normal” and “hate” in the same sentence.

My heart is broken that this former KKK leader stole something from a community I trust. The JCC is a place I love; it is a place where my son will grow and establish himself. It is a place that holds an entire childhood full of memories for my husband. He learned to dribble a ball there and later introduced his wife, me, to welcome me to Kansas City.

These actions remind me just how unpredictable life can be. I held Evan extra tight all while thinking about the young teenage life lost in the events. This world is a scary place, and it’s an everyday concern as I raise a child in a world full of hate and little acceptance for others.

These innocent victims are in my thoughts and my heart all while I rock Evan just a little longer. —Jennifer