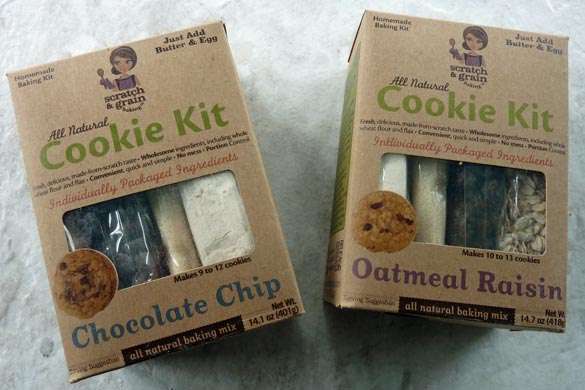 I eyed the little brown box of oatmeal cookie mix with suspicion; no way could a mix from a box compete with my home-baked goodness. I had to admit that the ingredient list — including organic raisins, whole-grain oats, flaxseed (nice touch) and white whole-wheat pastry flour — looked impressive, but the proof would be in the pudding. 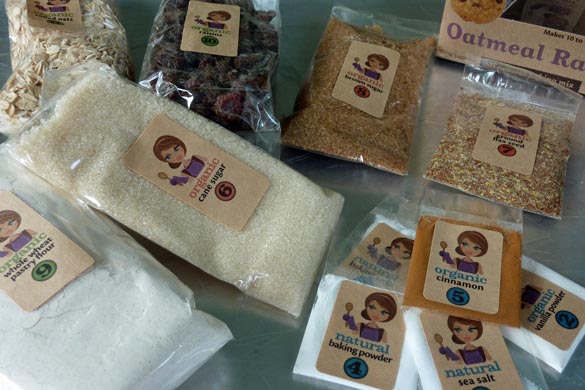 Labeled and numbered pre-measured packages made the instructions novice-friendly.

I melted butter and added the first four ingredients — easy enough since this small batch required no mixer, just a decent-sized bowl. Step two required an egg and the next group of packets, but my brown sugar was rock hard. Knowing better than to use it that way, I broke it up with my kitchen mallet and went on my merry way adding the final ingredients.
After an hour in the fridge, I portioned out a baker’s dozen and popped them in the oven. They came out soft and chewy with just a hint of cinnamon and a ton of plump juicy raisins. They were a little flat, but the flavor was delicious, and they disappeared in no time. —Karen 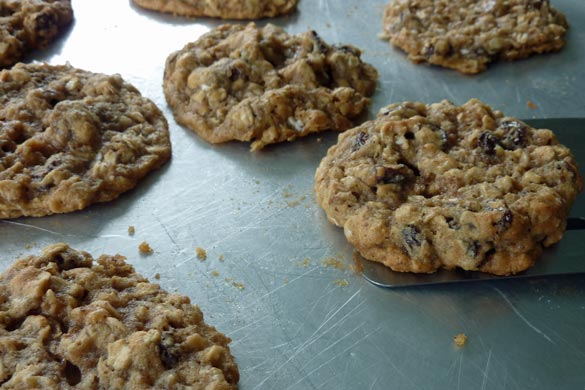