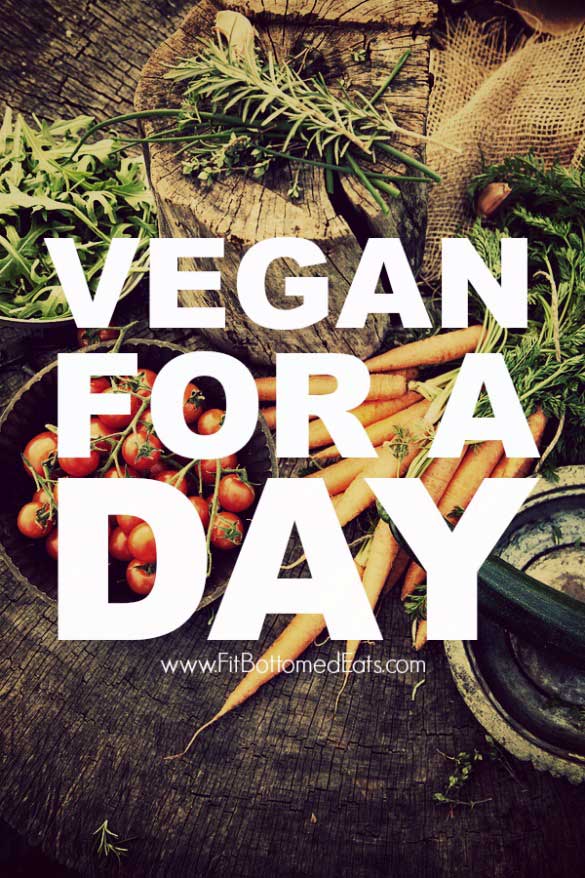 There are copious benefits to be gained from writing for a food and fitness blog. I’m in constant contact with people whose upbeat attitudes are mentally encouraging and whose active lifestyles support my quest for healthier living, but the best part is undoubtedly the food!
At Fit Bottomed Eats, we are always experimenting with new or unusual cuisine and various eating habits in order to share the good, the bad and the ugly, and this day definitely turned out for the good!
I’m classified as an omnivore, but my circle of friends includes vegetarians and pescaterians, a handful of Paleo enthusiasts and one raw aficionado. Although I’m equally content eating a meal made solely of veggies or one with a big ol’ steak, I find it fun to occasionally test-drive one of the alternate diets for a day or two just to see what it’s like.
Previously I’d found it rather painless to do without meat, fish or poultry (at least for a few days), but to forego all animal by-products proved to be a bit more challenging when I decided to go vegan for a day.
A fruity and nutty natural whole-grain cereal appeared to be a good choice for breakfast, except I blew it and didn’t thoroughly read the label before ingesting. Oats, raisins, coconut — all good stuff — but the whey and honey were no nos! At least my homemade nut milk hit the mark. 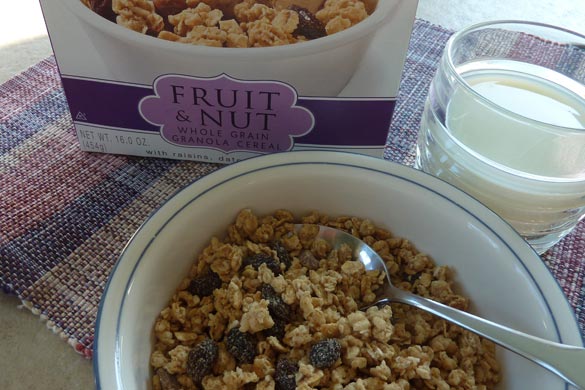 Lesson learned: Vigilant label reading is always a must.

Determined to keep to the straight and narrow for my second meal of the day, I eliminated the chicken from a pasta recipe and substituted non-dairy milk for the cow variety. Cavatappi with peppers, mushrooms and squash tasted just as good without the poultry and totally satisfied my hunger. 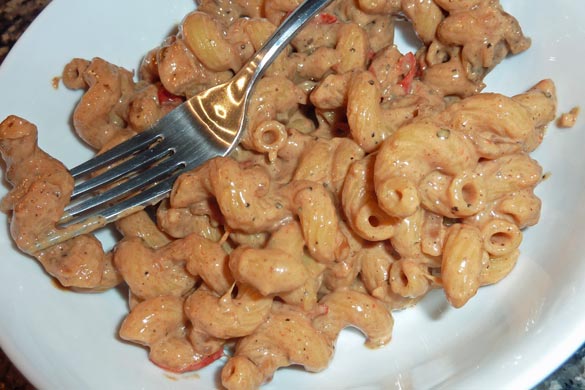 Expecting not to have an abundance of vegan choices at a surprise party planned for that evening, I mixed up one of the plant-based protein drinks as a precursor. 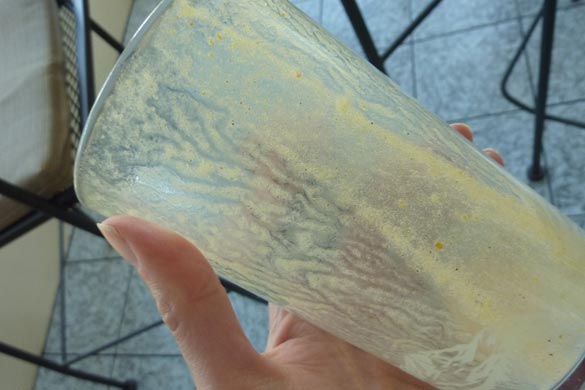 A Vega Vanilla Protein Smoothie with added pumpkin and cinnamon goes down too fast for a pic!

At the party I grabbed a drink and headed over to check out the veggie tray and lo and behold found a chafing dish full of VEGAN tamales! 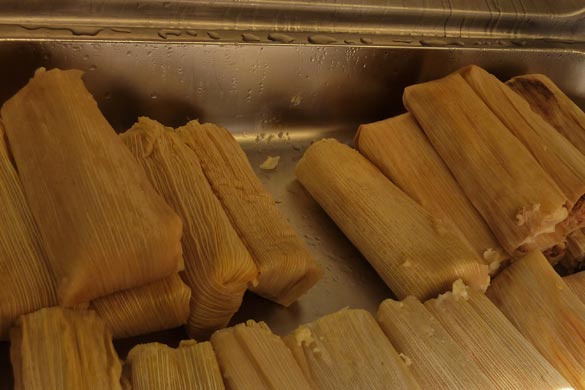