Like most of America, I celebrated Cinco de Mayo yesterday, even though I am … how do I say this … well, I’m about as gringo as it gets.
The holiday, a celebration of the Mexican victory over French forces in the 1862 Battle of Puebla, wasn’t really celebrated — or even noted — in the very rural Wisconsin town where I was raised. But today, I live in Phoenix, and Cinco de Mayo is a big deal in these parts. Over the weekend, the Cinco de Mayo Festival in downtown Phoenix brought out more than 75,000 people for music, lucha libre wrestling, folkloric dancing, and food.
And ohhh, the food!
I’ve made no secret about my love for Mexican food — the family-owned Mexican restaurant down the street is the only place I want to go after I finish a long day on the bike, and we eat enough fajitas in my house to warrant a large stockpile of homemade salsa. Though I never really need an excuse to eat Mexican food from sunup to sundown, the fifth of May lets me do it with flair! Here’s what I ate for a day, Cinco style:

Chia pudding has been my go-to breakfast lately — chia is full of omega-3 fatty acids, and my pudding also contains cashews, which are high in calcium. For this plant-based athlete, both are important! The best part about chia pudding, though, is the convenience. I can make a huge batch of it on Sunday night and have enough to make breakfast for the week.
For a Mexican twist on Chia pudding, I blended a half-cup of raw cashews, soaked overnight and drained, with one and a half cups of homemade vegan horchata (I used this recipe from Minimalist Baker. For those who haven’t had horchata, it’s a creamy rice milk spiced with cinnamon and vanilla.
Once I stirred the chia seeds into the liquid mixture and let it set, it created a pudding similar to tapioca. On Cinco de Mayo, the pudding was delicious paired with sliced banana and diced mango. 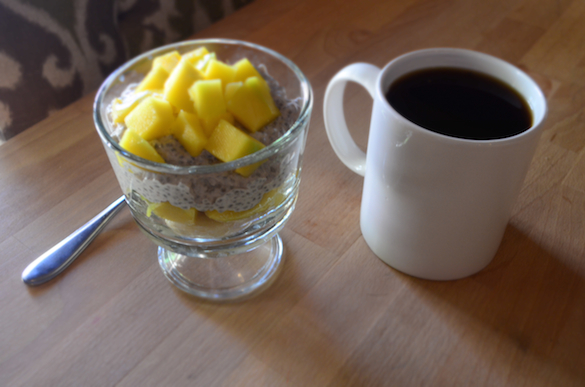 Time was scarce at noon, but I knew I needed to eat something, or my run at 3 p.m. would really suck. Luckily, I had some leftover grilled potatoes from dinner the night before. I heated those up in a skillet with some soy chorizo from Trader Joe’s, then topped it off with some sliced avocado. Quick, easy, and definitely better than driving through <shudder> Taco Bell.

Because it’s hot in Phoenix right now, my appetite for snacking has gone into hibernation until the winter months return. However, after cinco miles of running hill repeats in the sun, I was insanely thirsty. Recently, I learned watermelon can help relieve post-run soreness, and since the giant fruits are only 99 cents at my supermarket right now, it’s easy and affordable to put that information to good use.
Agua frescas, a popular drink of pureed fruit, sugar and water, are served all over Mexico, and for good reason — they’re delicious and refreshing! Watermelon agua fresca is a quick beverage to make in large batches.
All you have to do is … 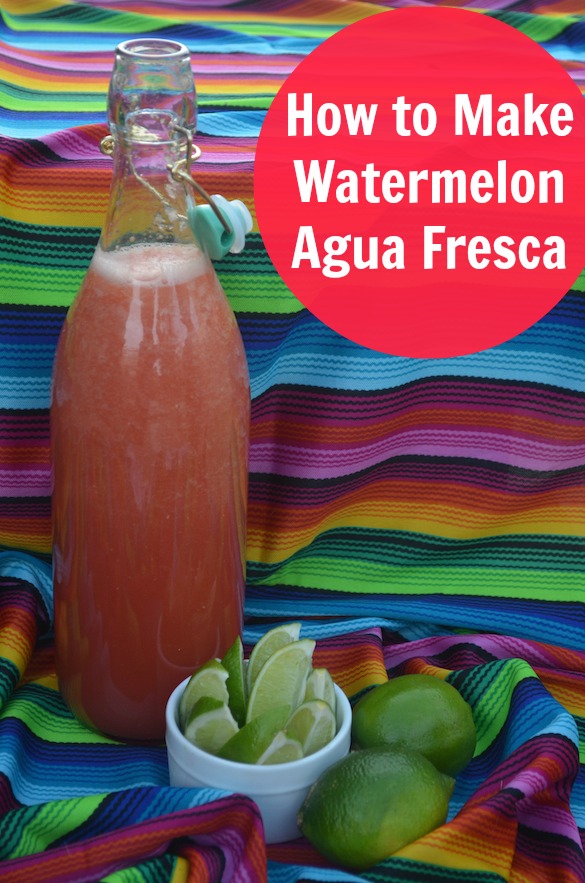 How to Make Watermelon Agua Fresca

This mixture makes about eight drinks, and it’s so good on a hot day!

Dinner was a real treat — my best friend, Meghan, was visiting from Wisconsin, and she’s one of my favorite people to cook with (and run with, and hang out with, and act like a jackass with, and … well, you get the idea). 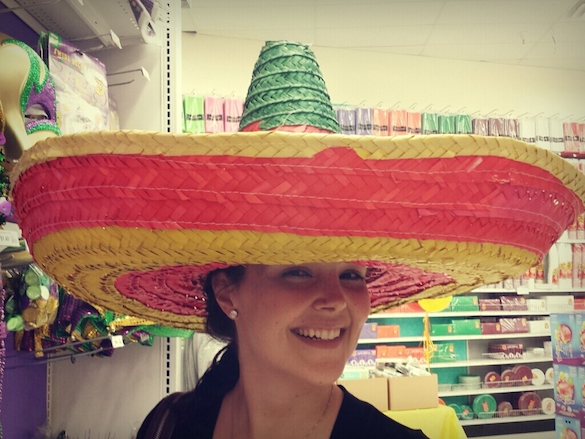 For dinner, we were tasked with coming up with a meal that would please everyone at our table — no easy feat, given that we were feeding vegans and omnivores alike.
Our solution? A taco bar, of course! Instead of trying to come up with one plate that would please everyone, we set out a variety of ingredients for people to customize their own meal. That way, people could eat as much (or as little) as they liked, could customize their plate to their dietary preferences, and if they didn’t enjoy their meal … well, technically, it was their own fault for making a bad taco (that’s my story, and I’m sticking to it). 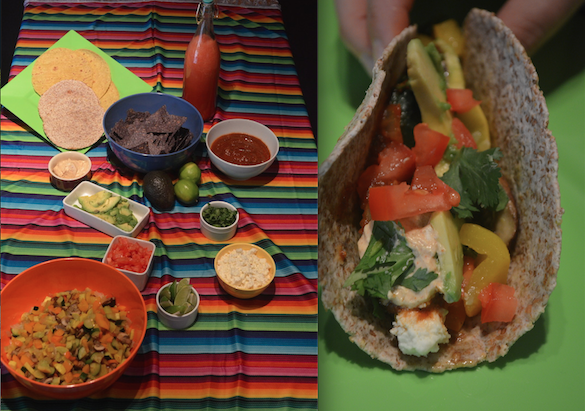 Eat up at the taco bar! 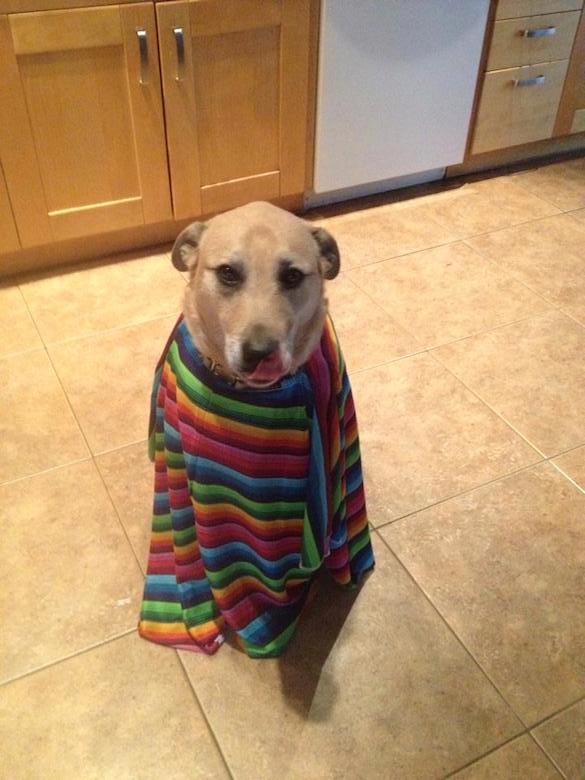 How did you celebrate Cinco de Mayo? I hope it was delicious! —Susan
New Fitness
New Mamas
New Eats
New Zen
STAY IN THE KNOW
When new stuff happens, you'll be the first to know!