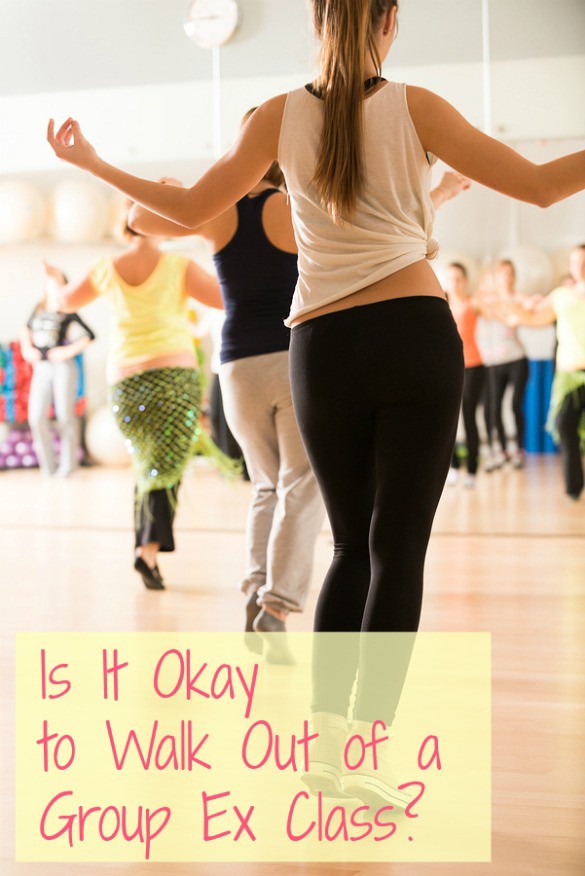 So I was at what was supposed to be a Zumba class recently. It may have even been the one that Jenn’s good influence got me to attend even though I had just decided I would not be hitting the gym that day. Once I got there, I was in the mood. A hip-swiveling kind of mood.

Then the instructor said that she was substituting and that while it wouldn’t exactly be Zumba, it would be dance, just more hip-hop and still a lot of fun. Seeing that I was already there, I was totally down for the new experience, even if I was slightly disappointed. Not everyone felt the same as me though, and a couple of people bounced right out of class immediately.

But then it got worse. As the class went on — 10, 15 and even more than half an hour in — we lost more people who just walked out of class. Probably roughly a third of the class. The instructor was noticeably flustered, which only made it worse. And I felt so bad for her that when I had to pee halfway through class (seriously, thanks pregnancy bladder for striking at the worst time); I was afraid she would think I was ditching class, too, so I hustled to get back to class as fast as I could to show my support.

In some ways, I understand wanting to leave. When you walk into a class, you expect it to be the class posted for the day. It can be disappointing when it’s not — and even throw off your workout schedule if you’re looking for a cardio-based class and it turns out to be something like strength training. And I guess if you’re feeling lost in the moves, you might be too embarrassed to continue and might want to give up altogether. But I just felt so bad that so many people ditched — especially when it turned out to be such a fun class. I guess I’m just the type that will stick it out even if I’m totally lost, which has happened to a hilarious degree. I’m of the opinion that you just keep moving and working to your level — and that’s better than nothing (and will push me harder than hopping on an elliptical instead)!

It got me thinking about the reasons I’d leave a class before completion. Child care calling, feeling ill or injured, or feeling like the instructor is putting people in danger would be the only reasons I’d leave.

How about you: Is it bad gym etiquette to ditch a class before completion? What do you feel are valid reasons for doing so? —Erin

Add a comment Cancel reply
40 Comments
Just for You
Working out at home
Get free strength, cardio, yoga, and meditation videos.
Try them
STAY IN THE KNOW
When new stuff happens, you'll be the first to know!
About Us
Jenn and Kristen are passionate about letting women know they're more than a number on the scale.
Get the deets
Instagram
X