Guys, I have been in the biggest smoothie rut. There for awhile I was rocking the green smoothies daily, but then, all of a sudden, my usual kale-spinach-berry-protein-powder concoction just wasn’t doing it for me. At all. So when this book ended up on my doorstep, I could hear the smoothie angels singing. One hundred new smoothie ideas and recipes! 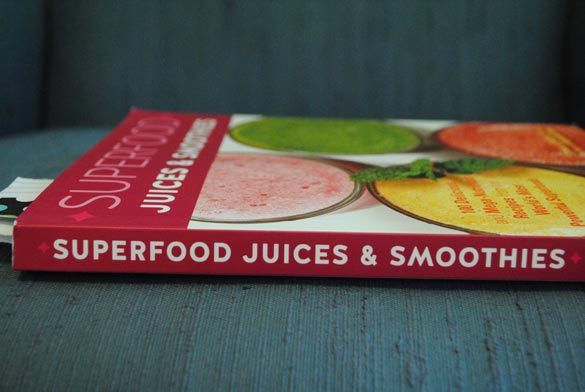 Although I don’t have a juicer and a lot of the recipes call for one, there are also a ton of recipes that use a blender. And I was ready to give my Vitamix a workout and my tastebuds some new flavors to sip on.
Each chapter is divided up into recipes powered by a superfood superstar. From goji to maca, there’s a nice mix of superfoods you’ve probably heard of and even have in your cabinets or fridge already (flax, coconut, kale) and new ones for you to discover (lucuma and maqui). I found it the perfect mix of “Hey, let’s make a smoothie RIGHT NOW” and also “Oooh, gotta plan a trip to Whole Foods!”
The first smoothie I tried was the light and refreshing Blush Smoothie. Made with strawberries, goji powder (I just used goji berries), orange zest, mint leaves, medjool dates and almond milk, it had a really unique flavor. Nothing like my usual smoothie I’ve been sick of! It was bright and a touch citrus-y with the orange zest, and the mint leaves made it so refreshing and summery! Not overly sweet, it was by far a more complex and foodie smoothie than the mostly vanilla protein powder one I’m used to. Plus, um, so many healthy foods in there (goji was the “superfood”)! 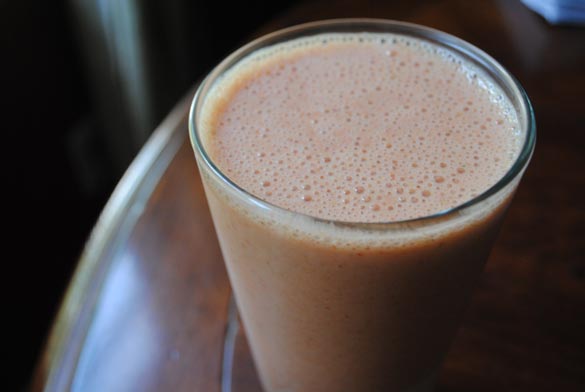 My next experiment was the Yin Yang Smoothie that’s more of a traditional green smoothie. It had kale, spinach, frozen mixed berries, coconut water and chia seeds (the superfood). Sounds simple and straightforward enough, but it definitely tasted different than my normal green smoothie. Just a little sweet, it had a great green flavor — with a little bit of saltiness from the coconut water. It definitely tasted healthy, but I liked it! 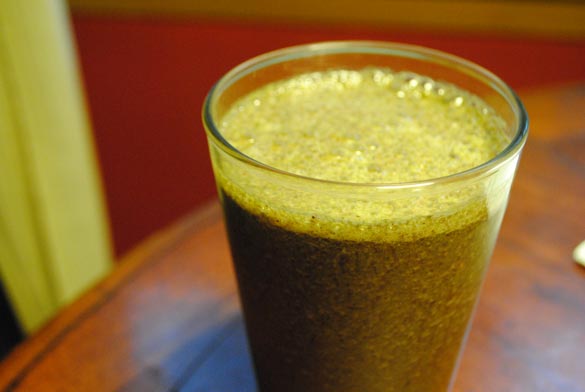 The final smoothie I gave a go was the Dream Bar Smoothie. If you like coconut (the superfood), this one is for you. It’s made from coconut butter, medjool dates, pecans, vanilla extract, coconut milk, coconut water and unsweeteend shredded coconut. Much sweeter than I like my normal smoothies, I’d go ahead and consider this one as dessert. Delicious, delicious dessert. It’s thick, creamy, filling and so good! 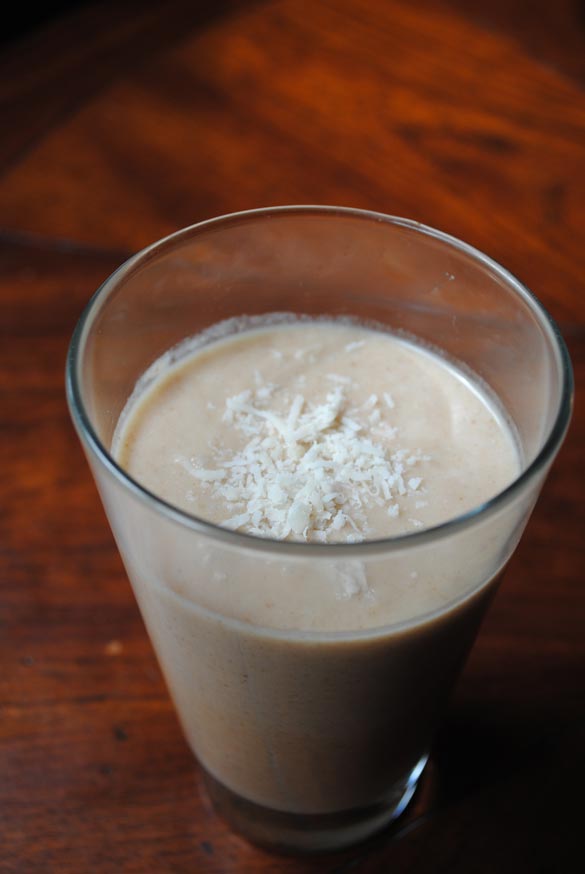 So what did I learn from my smoothie experiment and trying this book? That busting a smoothie rut is easy! Here are my top suggestions if you’re stuck in total boredom and need some new smoothie ideas! 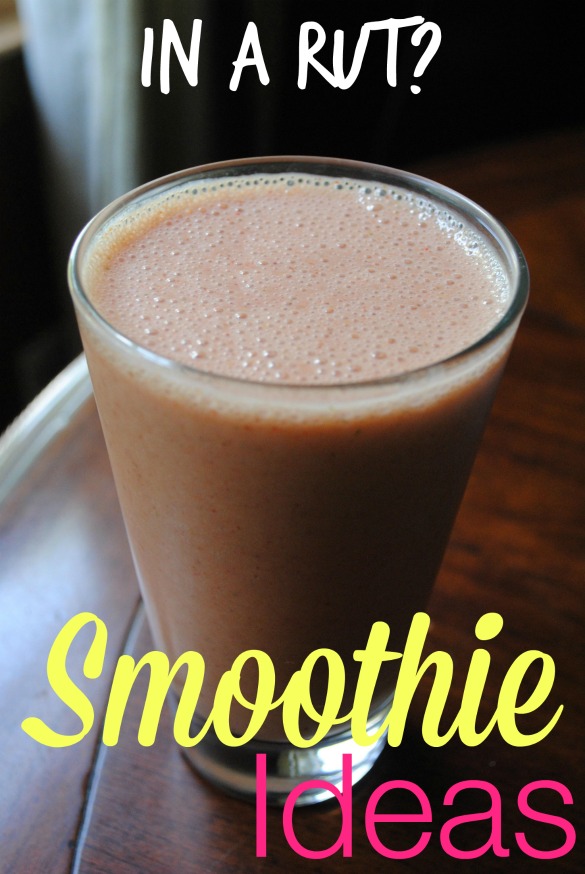 How do you bust out of a smoothie rut? Got any more smoothie ideas you’d add to my list? —Jenn