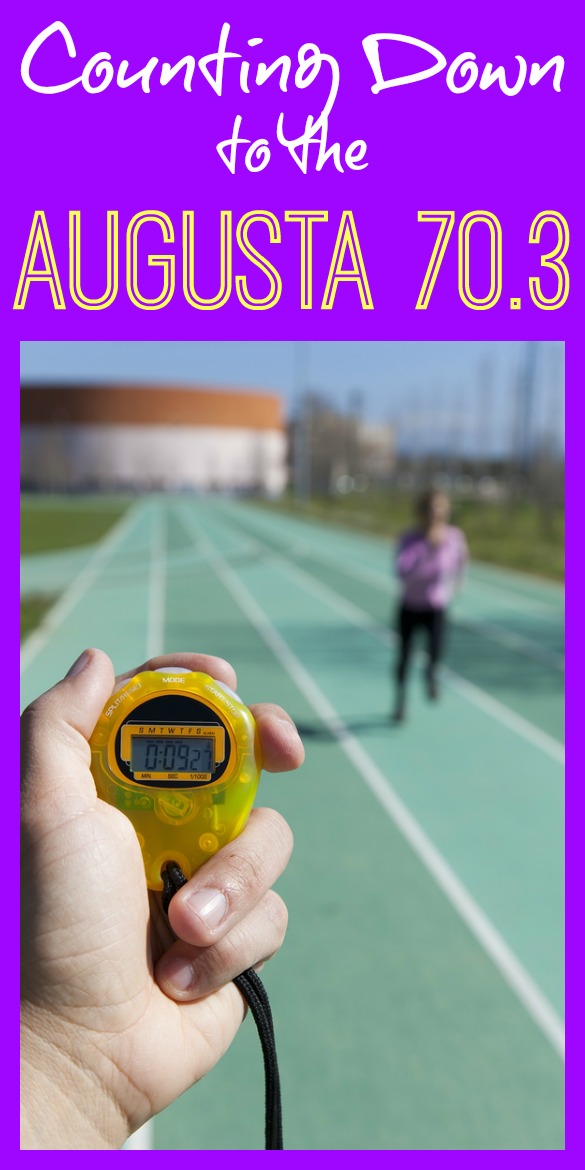 Butterflies in my stomach: 900 million and climbing

I’ve been training for the intermedix Ironman Augusta 70.3 more or less since early spring, but due to a bunch of (completely awesome) travel, my training didn’t really get serious until this month. And at first, things weren’t looking good.

I was having a hard time finding motivation to hit all my workouts, and when I did hit them, they were rough — the swim and bike have been fine, but my run has been downright dismal. Like, people stopping me to make sure I’m okay, dismal.

The fact that the heat index is pretty steadily over 100 degrees with serious humidity (and also that detail of me losing my asthma inhaler and not having a refill ready to go for a few weeks, plus taking a tumble on my bike and scraping up my whole right side) didn’t help, but as of last week, knowing all of that wasn’t making me feel any better. Sure, it’s hot and awful now, but who says it won’t be steamy on race day, too? If I can’t run 5 miles comfortably on fresh legs, how on earth am I going to run a half marathon after spending three hours on the bike?

All I could think of was, man, this was a terrible idea.

Even though my morale was down, I made a point to hit my workouts like I meant it last week while still focusing on getting some decent zzzs. Saturday, when it came time for my long run, I hit the treadmill (so I couldn’t use the heat as an excuse), and I knocked out 6.5 miles … well, not easily, by any means, but at a pace that made me happy. Or maybe I was just happy to be finished. Either way, I was smiling.

The next day, my legs were tired, but I set my bike up on the trainer in my house (you know that fall I mentioned? I screwed up my seat post so until that’s replaced, no more road rides for me) and stayed on it … for almost three hours. Yes, it was boring, but I knew I needed to get the work done, so I hunkered down and did it and it felt surprisingly okay.

The bigger surprise came after the bike. I laced up my running shoes and headed outside for a quick 15-minute brick run, which Coach Patrick specified should be “really, really, SUPER EASY” based on how I’d been feeling on other runs. Given that it was 1:45 p.m., I had no heroic notions — I was just going to put in the time, even if I had to walk a bunch. I started out at a cautious jog, and within a couple of minutes, I’d picked it up to a 10:20 pace — for me, that’s basically lightning fast. Since I’ve been doing a run/walk, I thought I’d just go until my knees hurt or my breathing got rough, but it just didn’t happen, so I kept going. I even picked up the pace for the second half to finish my short little run somewhere around a 10-minute average pace!

It’s taken a few months and a lot of training sessions, but I finally am starting to feel like an athlete again. Let’s do this.

Have you ever hit a positive turning point in your training like this? Any tips for how I can keep it going? —Kristen

Just for You
Drop the diet for good
A variety of anti-diet coaching programs just for you.
Get free access
STAY IN THE KNOW
When new stuff happens, you'll be the first to know!
About Us
Jenn and Kristen are passionate about letting women know they're more than a number on the scale.
Get the deets
Instagram