Meg ran her half marathon but has she met her ultimate goal of sticking with it? Find out in this latest installment from our Meg on the Run series! 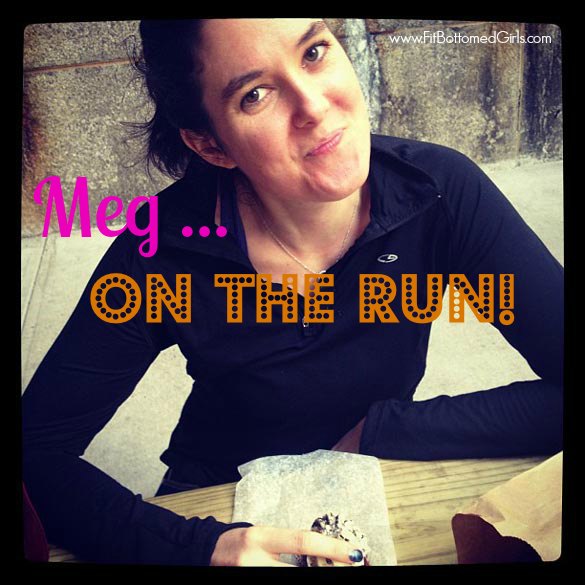 The first time I ran a half marathon, I trained hard, ran hard, and didn’t run again for months after I crossed that finish line. This time, my goal was not just to finish the race, but to keep running in the days and weeks that followed. It’s now been eight weeks since I crossed the finish line in the Portland Rock ‘n’ Roll Half Marathon, and I’m proud to say I’m still running.

I was so determined, in fact, that I may have pushed a little too hard in the early days. I did a four-mile run a few days after my half, and my body went into revolt. It’s funny how we can run so much in training — week after week, always adding mileage — but after we’ve reached our personal mileage summit, our bodies stop cooperating. My body thought, “Hey! I did the thing! Isn’t it break time now?” And when I tried to push through it, my feet revolted and said “Fine. We’re not going to carry you anymore.” I was limping for days after that stupid four-mile run. I gave in and hung up the running kicks until my feet forgave me.

Finding motivation to get running again was not simple. I was in pain and I had no big race for which to push myself. I was at a fork in the road: find a reason to get running again, or this break grows up into quitting. I needed to find a race — something that would be a commitment, but not something that would suck my will to live. Lucky for me, I live in Portland, where there is no shortage of what I like to call party races — usually 5Ks with fun themes. I chose the Starlight Run, which encourages participants to wear costumes and goes along a parade route immediately preceding the parade, so thousands of spectators are on the sidelines cheering on the costumed runners. It was exactly the dose of energy and fun I needed to revive my running routine. You may not be able to find a race in your city where you get to run alongside a giant squid like I did, but events like the Color Run and Electric Run are popular party races all over the country.

Before I came down from the joy of the Starlight Run, I made sure to sign up for another race the next month — a 10K this time. I ran that one last weekend. It wasn’t easy — even though I’d run 13.1 miles just recently, I hadn’t done many (*cough* any *cough*) long runs since then. But I hadn’t completely lost the endurance from my half-marathon training, either, and it was a good challenge for me. Crossing that finish line, I felt legit. Sure I ran a half marathon, but I was most definitely not one-and-done.

I need these smaller races to keep up my motivation, otherwise I probably would just let the days between runs add up until I couldn’t really call myself a runner anymore. It was great to have a party race as my first real run after the big one, and now that it’s two months in my rearview, the pain and fatigue from all that hard training is gone, and I’m looking ahead to a manageable running and racing schedule.

Training for the half marathon was not fun for me. I never really loved those runs, and I didn’t really love the race, either. I did love completing it though. I love that I can do that.

Will I do another one? Too soon to tell. But whether I sign up for another half, or even a full marathon someday (ha! unlikely!), I can still call myself a runner today. Success! —Meg