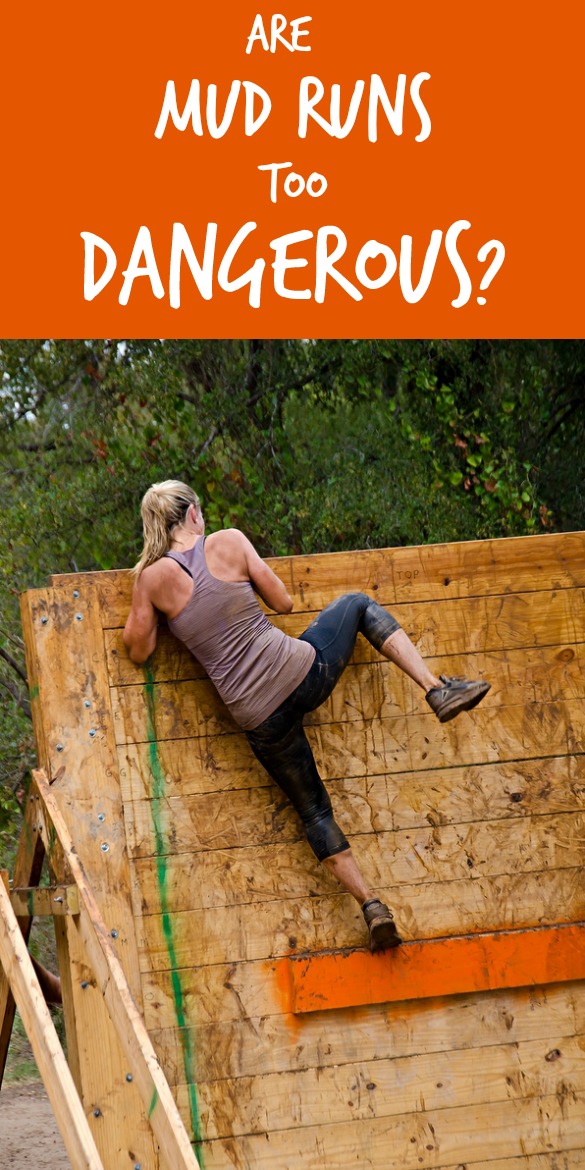 Running is no longer enough: Themed fun runs and mud runs have exploded in popularity, requiring racers to not only race for miles but also to navigate obstacles through mud, while covered in foam, while being splattered with paint — or even while being chased by zombies. The original, and most popular fun run still remains the mud run, but no matter the theme, these races are a fun way to spice up your workouts and bond with your friends over some laughs. But with mud runs popping up all over the U.S., the volume, and severity, of injuries sustained during these races have many worried this new trend could do more harm to your health than good.

As with anything that gains popularity in the fitness world, people of all walks of life, experienced racers and not, sign up in droves for these mud runs, often clad in crazy costumes. These unique runs are usually 3 to 5K in length, and have participants run a race, encountering obstacle after obstacle, like rope courses or nets over mud pits. It sounds like a blast, but the dangers aren’t limited just to inexperienced runners pushing themselves past their limits. Among the injuries you will find at any race, these mud runs, which include mud puddles to crawl through, have reported drowning deaths and a broken neck from an unregistered athlete who dove into a mud pit.

A Dallas man drowned during The Original Mud Run on April 14, 2012. Tony Weathers, 30, was found in the Trinity River the next day. He was reported missing when he didn’t materialize at the end of the race, which involved swimming across the river as one of its obstacles.

A man who ran the Filthy 5K Mud Run in 2010 is suing race organizers for $30 million for becoming partially paralyzed after landing in a man-made mud pit. The suit filed by Robert A. Fecteau II in Richmond, Va., said the 30-foot-long mud pit racers were required to crawl through was created with “negligence, reckless disregard and/or gross negligence” and was a direct cause of his injuries. Fecteau, who finished the 26.2-mile Marine Corps Marathon in the months before the Filthy 5K, was in a “fatigued, weakened, exhausted” state approaching the obstacle, and he jammed his hands and arms as he went to crawl through the pit, “thereby causing damage to his spinal cord, paralysis and permanent injuries to his C4, C5 and C6 vertebrae.”

Other participants have complained about rocks, tree stumps and roots hidden from view in the mud, making the risk of twisted and broken ankles or slipping in the mud and hitting your head that much greater. If you are a Real Housewives of OC fan, you recently saw Gretchen twist her ankle and Eddie break a finger while competing in the mud race together. You might also remember FBG Tish’s post, “I Almost Died Trying to Become a Spartan.” (She didn’t really, but it was a darn crazy experience.)

Anything physical has its risks, and there will be injuries. People die in marathons. Sports in and of themselves are fraught with broken bones, torn muscles, cuts, bruises and risk of cardiac events. Risk is what makes an athlete competitive; if there was no risk, there would be no reward. Some people actually find risk part of the fun.

Are the risks enough to keep you away from trying a mud run? Or are you like, game on? —Kelly Turner