In case you missed the exciting news, it’s Guest Bloggers’ Week! And today Megan Crudele — an introvert living in an extroverted world, trying to find some peace and quiet in the craziness of corporate life in New York City — is sharing with us what happened when she finally unplugged! 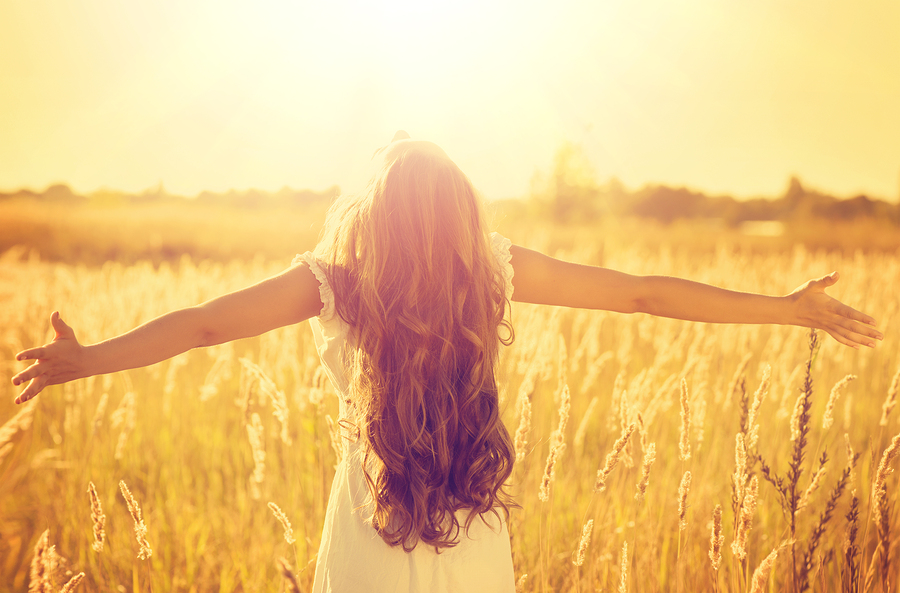 When I read about the FBG Unplug Challenge, I thought it was a great idea, but really had no intention of taking part. I’m not one of those people who is constantly on her phone — mainly because I don’t know enough people to be texting and talking to that much. I’m always a proponent of a quiet evening with the TV and computer off, reading a book (albeit on my phone’s Kindle app). So really, I didn’t think I needed to unplug at all.

I’ve always innately known that it’s okay to not be plugged in 24/7. I mean, heck, I used to never be plugged in as a kid. TV was pretty much relegated to very little in the evenings or weekends — whenever it was not nice enough to be outside or I didn’t have something else going on. And the computer was used for homework or IMing with friends, but those dial-up speeds made it impossible to stay on all day, getting lost in links. But as I’ve gotten older, I’ve found that my phone, my computer, or my TV are used as crutches to stave off boredom.

Plus, it’s always a good idea to have your phone right next to you, just in case, you know? That text could be something completely urgent. It doesn’t matter that history has proven that it’s usually just my sister sending me a cute picture of her dog. You never know when someone will need to reach you, at least that’s how the thought process always goes.

But a few weekends ago, I accidentally made myself unplug for almost six hours. That’s a quarter of a day, which is insane when you’re not sleeping. You see, I was participating in the MuckFest for the National MS Society. Given the muddy nature of the event, I didn’t take my purse with me, but just packed up my wallet, change of clothes and sunscreen in a separate bag. I had intended to add my phone to that bag, but as I got outside to the car, I realized that I forgot it upstairs. Instead of going back inside to get it, which would have upset the dogs, I made a split-second decision just to leave it — to go without it until I got home.

Shocking, I know! But, since I wasn’t driving and there were three other people in the car with phones, I decided that we’d be fine — even if we got lost in the woods and attacked by a bear and needed to call for help (which obviously didn’t happen).

And guess what else didn’t happen? The world didn’t end. Friendships didn’t cease to exist. Wars didn’t break out. In fact, I didn’t receive a single text, call or non-spamy email in the five hours I was without my phone, which just goes to show how important I am.

Even more, I didn’t die or self-implode or act super awkwardly. I made conversation with my sister and her boyfriend on the way to and from the event. I talked with and joked around with my teammates while we waited for our wave to be called and while we drank beers afterward. We stopped at a rest stop for a late lunch after the event (which is admittedly not the healthiest thing to do, but hey, we earned it). I got my food and sat down before everyone else. I simply sat and ate alone. I looked around and observed what others were doing. I observed what I was doing. I realized that I didn’t need to have my phone at all times just to rid my boredom. Life is interesting in and of itself if you just pay attention.

So, I have vowed to myself to take some time off every now and then. To not answer that text right away and finish whatever I’m doing first instead. I will also vow to turn the TV and computer off and put the phone out of sight. Finally, I can just sit and think. Or write. Or nap. Or look at the crazy people around me. Whatever it is that I feel compelled to do at that moment. And sometimes that will mean just sitting and being bored. But that’s okay. That’s a legitimate feeling that I need to learn to get back in touch with — at least occasionally.

Would you be willing to take the FBG challenge and ‘unplug?‘ —Megan