A month or two ago, I got an email asking if I wanted to go for a spin in the NUTmobile. Yes, the giant vehicle that’s shaped like a peanut and promotes Planters. That NUTmobile. It was going to be in Kansas City for a couple of days so, you know, did I want to check it out?
Um, are you kidding? OF COURSE I DO. And, guys, it literally showed up in front of my house, which was about the coolest thing ever. 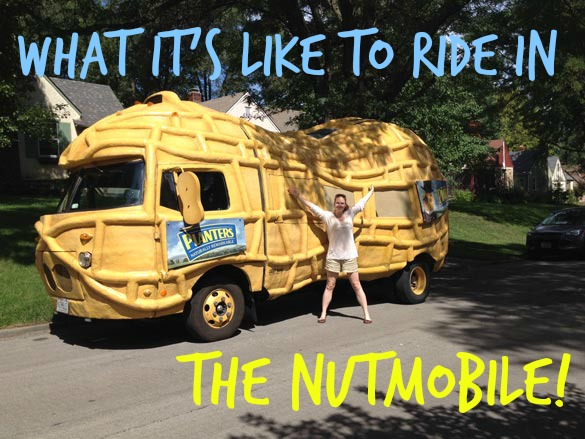 When it arrived, I was giddy like a schoolgirl. I could not stop smiling or laughing. It was at once amazingly awesome and ridiculous. Here I am, the queen of immature nut jokes, and the 27-foot NUTmobile was in front of my house, inviting me to take a ride.
It was a memorable day.
First, I got to know my drivers: Liz and Tom and Alex (not shown yet — she was in the follow car). They were the nicest and happily answered all of the my questions. Even the stupid ones, like “Do you sleep in the back?” No. No, they do not. 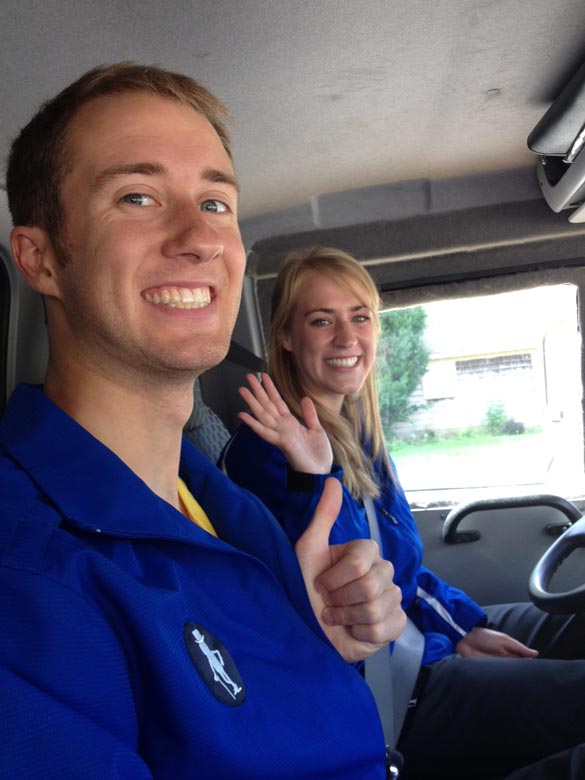 Better known as “Peanutters,” these guys spend a whole year driving the NUTmobile around, doing different special events, giving media interviews, hitting auto shows and occasionally giving a blogger a lift (although they said I was the first “official” passenger they’d had yet — what a fun honor).
Made of fiberglass (pool noodles were used to make the ridges of the peanut!), it’s basically like a big ol’ truck inside. A little bouncy, but really pretty comfy with GPS, tunes and all the other modern comforts of driving.
Once settled in the NUTmobile, we headed over to my friend Kate’s house to pick her up. Kate has a blog named Cookie + Kate that’s gorgeous. (I love making her recipes! And pretty much want to grow up and take photos and make eats half as good as Kate!) Because what makes riding in the NUTmobile even more fun? Friends to giggle with, of course! 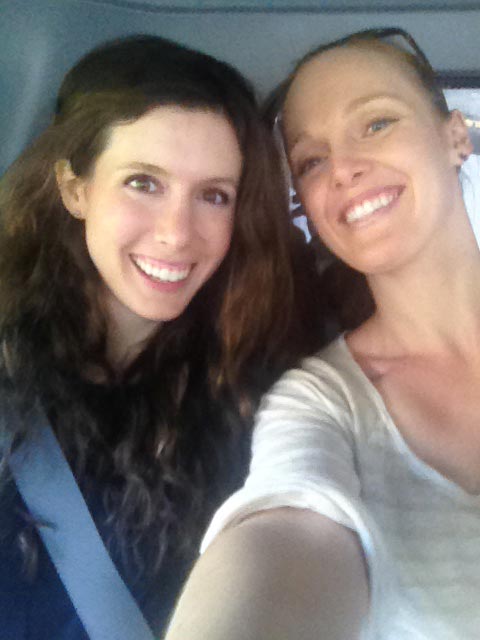 Seeing that none of the Peanutters had been to Kansas City before, Kate and I showed them all around the town! We drove through Brookside, downtown, Westport and the Plaza. 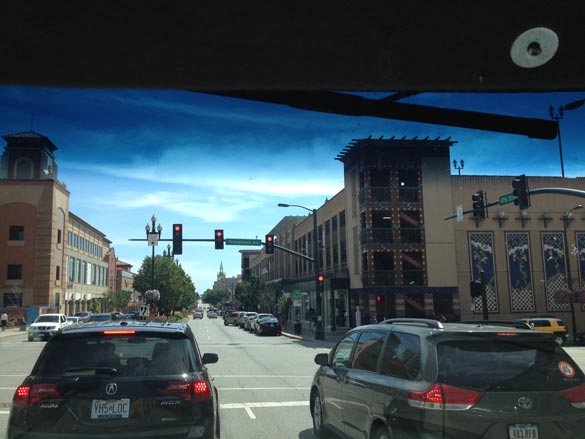 And, guys, believe me when I say that people notice the NUTmobile. It was old hat for the Peanutters, but Kate and I got a huge kick out of the people stopping to take photos, waving at us, asking for Planters and almost crashing their cars staring. It’s kind of like being Kim Kardashian, I imagine. You know, but nuttier. (See what I did there? Oh, yeah.)
We cruised around for a good hour or so, talking nut jokes (yep, the Peanutters are trained to handle inappropriate jokes — and, guys, I really didn’t crack one!), peanut nutrition (peanuts deliver 7 grams of protein per 1-ounce serving!) and what it’s like to drive the NUTmobile (they take weeks of classes in preparation and have to go on a three-hour driving test!). It was fascinating. 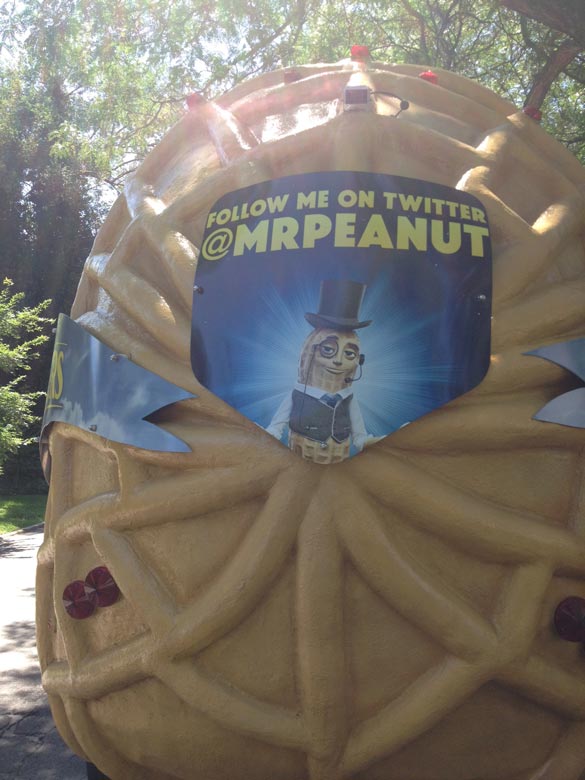 A big thanks to Liz and Tom and Alex (see Tom and Alex below!) for the great nutty adventure! I learned so much, and, really, you guys have quite the fun job. It was so fun to shadow you for a bit! If only I knew you when I was in high school. I mean, can you imagine rolling to prom in this thing? Awesome. 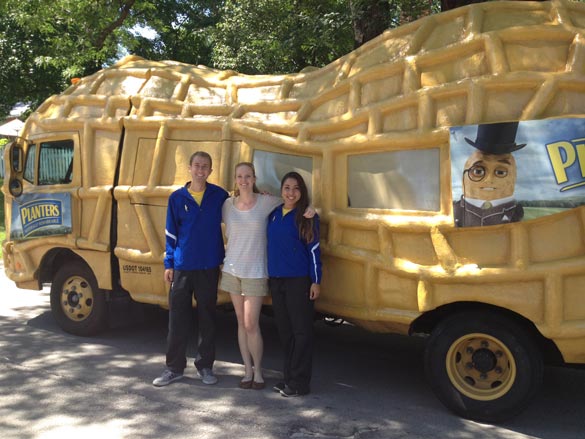 Fun note: As soon as they dropped me off, neighbors walking by kept stopping the Peanutters to ask them to take photos of them in front of the NUTmobile. It’s impossible not to love it.

Have you guys ever seen the NUTmobile? There are a total of three of them out there, nutting it up around the country so be on the lookout! —Jenn
New Fitness
New Mamas
New Eats
New Zen
STAY IN THE KNOW
When new stuff happens, you'll be the first to know!