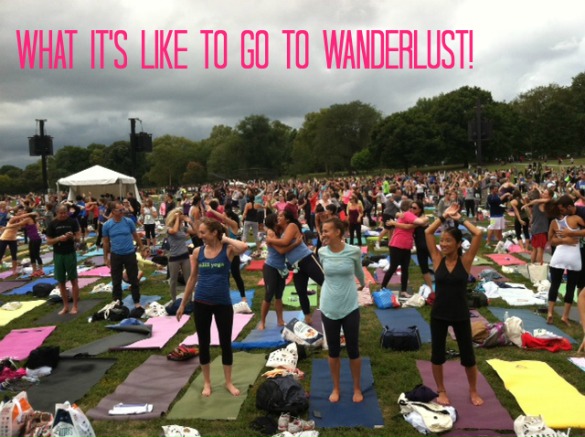 The Wanderlust 108 5K run, yoga and meditation festival came to Brooklyn’s Prospect Park on a rainy Saturday — but no gray skies or threats of storms could affect the positive vibes of the thousands of hippies, hipsters, hardcore runners and yoga lovers looking to get their “chi” in gear.

Wanderlust 108 is sort of the Lollapalooza of healthy, active and mindful living with the day starting off with a 5K race and then various talks, meditations, musical performances and yoga workouts interspersed throughout the afternoon.

In case you are wondering what “Wanderlust 108” refers to, (I certainly did!) the festival organizers told me that in many Eastern traditions, the number 108 is considered sacred and signifies the interconnection between body, mind, and spirit.  1 = unity / 0 = stillness / 8 = infinite possibility.

I honestly had no idea what to expect, but all around me were throngs of hardcore runners mingling with bliss-seeking yogis in peaceful harmony. 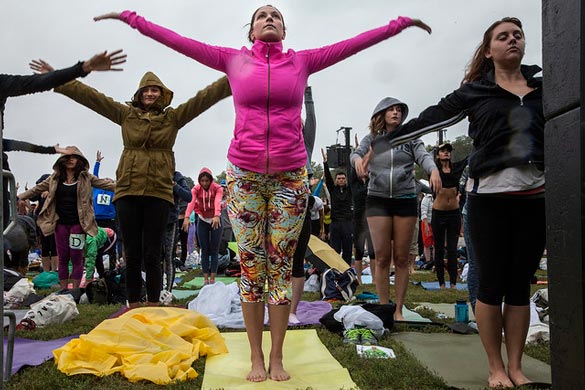 The panel of mind and body experts at the press conference before the main event read like a who’s who of yoga and meditation stars including yogis Seane Corn, Elena Brower (my idol!), former professional football player Keith Mitchell, Congressman Tim Ryan and Eddie Stern of the Sonima Foundation. Each discussed the importance of bringing mindfulness to the mainstream as there is new scientific research that demonstrates the positive effects of yoga and meditation.

Mitchell is a former NFL linebacker who experienced a paralyzing spinal injury at on the field at the age of 31 and credits mediation and yoga with helping him fully recover. Ten years later, he notes, more athletes are using yoga in their workouts with the Seattle Seahawks leading the charge with their very own mindfulness program.

Seane Corn regaled us with her own stories of training a slew of professional hockey players who showed up with puffed up chests and sneering attitudes about “sissy” workouts — who invariably wound up on her studio floor crying after trying simple yoga poses. 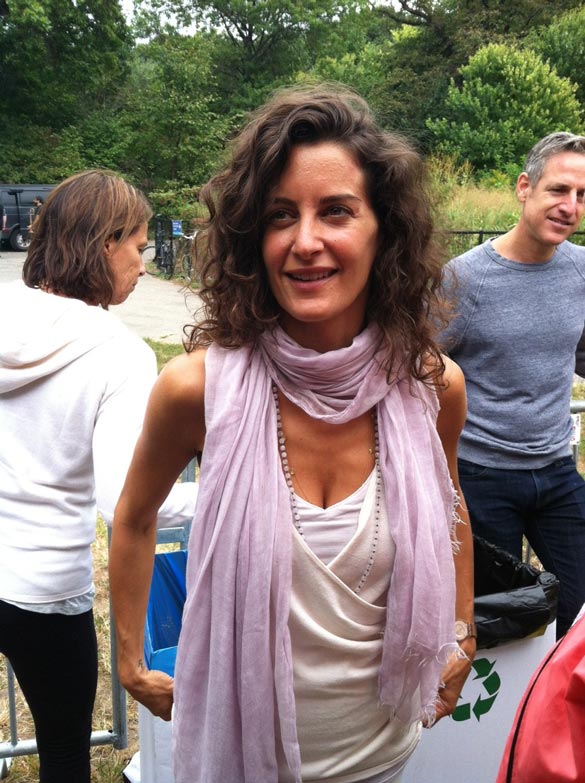 Before she led the crowd into a transcendent meditation experience on the main stage, I was lucky enough to meet Elena Brower who immediately gave me a hearty high-five after I introduced myself as a Fit Bottomed Girl. “You are all doing great work!” she told me and then took the time to adjust my makeup before I grabbed a picture with her. (What a doll!)

It was the perfect day of relaxation and new connections that was interrupted by a light storm that turned into cold, sleeting rain soon enough. With that, most folks took off for the nearest subway while a few brave souls stuck it out to the joyous end.

The next two stops will be September 28 in Atlanta and November 6-9 in Austin. Be sure to check it out if you can! 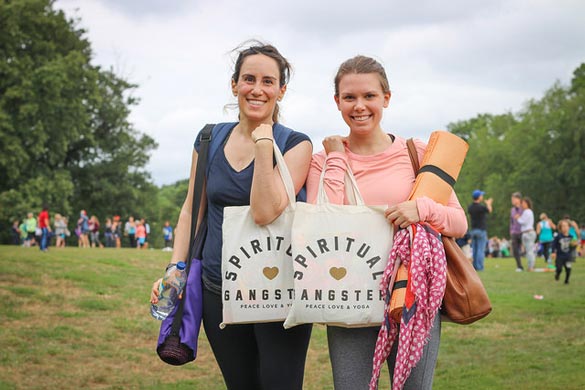 The bag says it all! Credit: John Suhar for Wanderlust Festival

As I toted my new “Spiritual Gangster” tote bag courtesy of Wanderlust, I made a solemn promise to myself to practice more meditation and make sure to appreciate the beautiful city I live in.

Have you been to Wanderlust yet? What is your favorite festival to attend? —Margo