Like I briefly mentioned in another post, years ago Ryan got into baking bread. And I mean, into it. I got him a copy of this book as a gift for Christmas, and he started making bread pretty much on the daily.
And it was awesome.
For all family events or gathering, there would be freshly baked baguette or rolls or pizza crust for us to top as our stomachs wished. With dinner, a hunk of bread with a little butter was common and sandwiches — even the basic turkey and veggie variety — went to the next level. Is there anything better than freshly baked bread? The smell … the texture … the taste? I think not.
And then the whole gluten thing happened to me. And, let’s be honest here, gluten-free bread is nothing like freshly baked “real” bread. (If you douse Udi’s in olive oil and cook it like a panini, it’s delicious — but that’s about the best I can do with it other than using it for breadcrumbs in another dish.)
So when some friends of mine at General Mills sent over Gluten-Free Artisan Bread in Five Minutes a Day — the same book Ryan was obsessed in just in a new gluten-free edition — we were both SO jazzed. And the baking gluten-free bread adventure began!

If you’re familiar with the original five-minutes-a-day-baking-bread concept, the gluten-free version is pretty much the same, except for the fact that you need to create your own master all-purpose gluten-free flour mix (featuring a bunch of gluten-free flours like rice flour, tapioca, potato, etc.) instead of just using plain ol’ flour (one extra step — but we did it in a big batch and stored it so that future gluten-free bread baking pursuits were quicker and easier).
The whole concept of “five” minutes a day is a bit flawed as clearly mixing, rising and baking takes much longer than five minutes a day for even a tiny loaf of bread. That said, it is super easy to do, and their concept is way, way less complicated and beginner-friendly than most bread recipes. We mixed up a big batch of dough on the weekend, and then pulled off pieces throughout the week to let rise and then bake. Meaning, that on a Tuesday night, we had freshly baked bread in about an hour. Hashtag, you’re doing it right.
A few things we learned? Because gluten-free flours can vary according to density, measuring is best done by weight. A good reliable scale with an easy tare function is a necessity for consistency and good results. 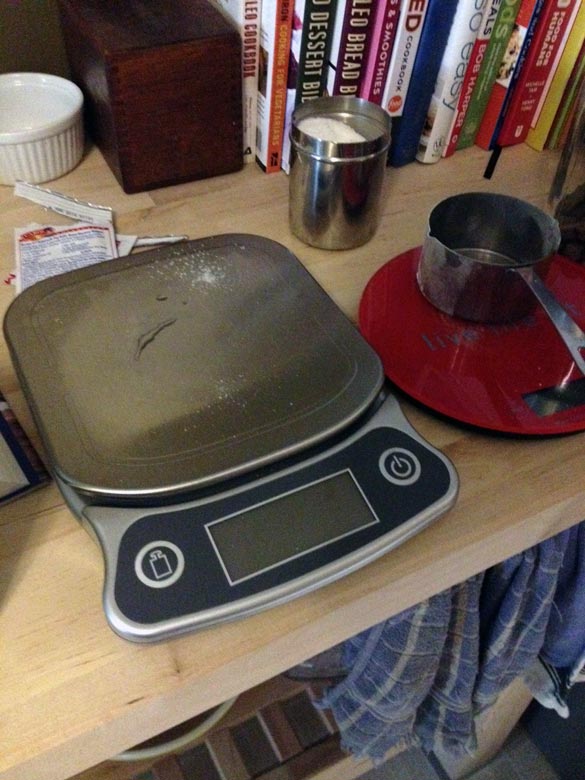 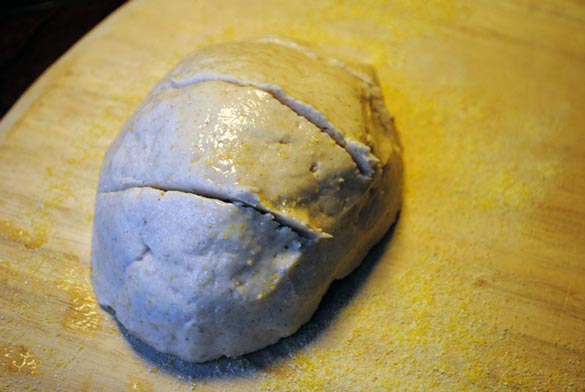 Thankfully, it turns into something amazing. Especially alongside a big bowl of chili. These little mini loaves have a fabulous thick outer crust and a softer dense inside that isn’t quite as airy as a normal bread but is equally delicious in its own right. 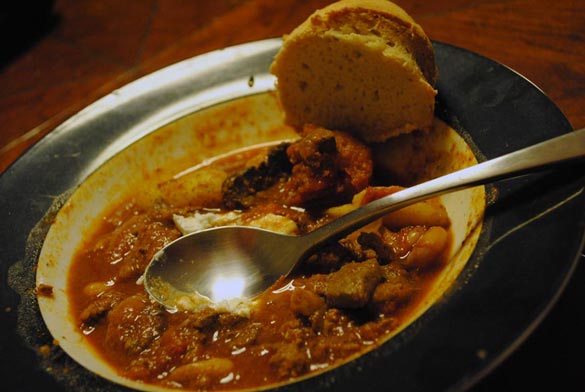 Up next on our agenda? Diving into the TONS of other gluten-free bread recipes including things like cinnamon rolls, herb and other flavored breads and so much more. I expect much deliciousness this holiday season!
Have you ever made your own bread, gluten-free or not? —Jenn