I recently had a chance to attend the Runner’s World Half and Festival in Bethlehem, Penn. (full disclosure — I was there as Runner’s World’s guest, so they covered my entry and everything, but I’m under no obligation to write about it unless I want to … and I want to!), and while  I’ll cover the actual running part over at FBG, I thought I’d take a chance to talk about the food now.
Because, yeah, it’s worth talking about. Even if I didn’t manage to take, like, any food pictures. (Seriously, the only food picture I’m including here was snagged from my roommate, Ali. I’m the worst.)
After arriving in Bethlehem, Penn. on Thursday afternoon, my fellow bloggers and I were whisked away to Runner’s World HQ for an indoor picnic with the RW editors. There were all kinds of picnic-y goodies, like burgers and dogs, but also a delicious pasta salad, a salad of greens and veggies, and a variety of cookies. And many of the ingredients came from the onsite garden, making it all extra-specially cool.
The fresh cuisine didn’t end there. The following day, after a “shakeout” run that was basically four miles of me running for my life while trying to keep my super speedy teammates (go Team Wombat!) in sight while we hunted for clues (it was fun, though — crazy hard for me, but a good time!), some presentations from event sponsors Altra and iFit, and a brief yoga session, we enjoyed a lunch buffet comprised entirely of dishes found in The Runner’s World Cookbook. I chowed down on Mushroom Tacos al Pastor and Butternut Squash With Pecans and Cranberries. I can’t even tell you how many people vowed to try making it at home, and I was certainly one of them. 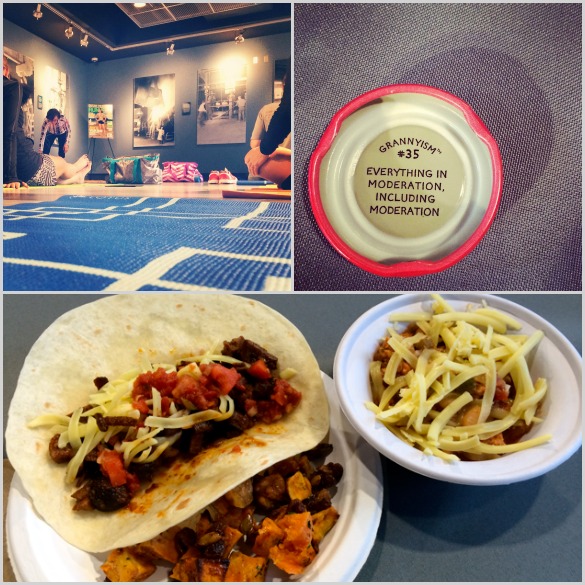 The yoga was nice, the food delicious, and how appropriate was the cap on my tea? (Thanks, Ali, for the taco pic!)

We were on our own for dinner, so I joined a few of the other bloggers (Katie from MsFit Runner, Beth from Shut Up + Run, Ali from Ali on the Run, Lauren from The Foodie Runner, and Sarah from Picky Runner) at a local place called Mama Nina’s at the recommendation of Bart Yasso (yes, really — he’s one of the coolest, friendliest dudes you ever want to meet, and you’ll have to remind me to tell you the story about how he just about died racing with a burro named Taco Bell), and it was right on, even if my directions to get there were decidedly not. Hey, nothing wrong with tacking an extra mile onto our day, right? It’s not like we had to get up and run in the morning or any— oh, right. Sorry, ladies. 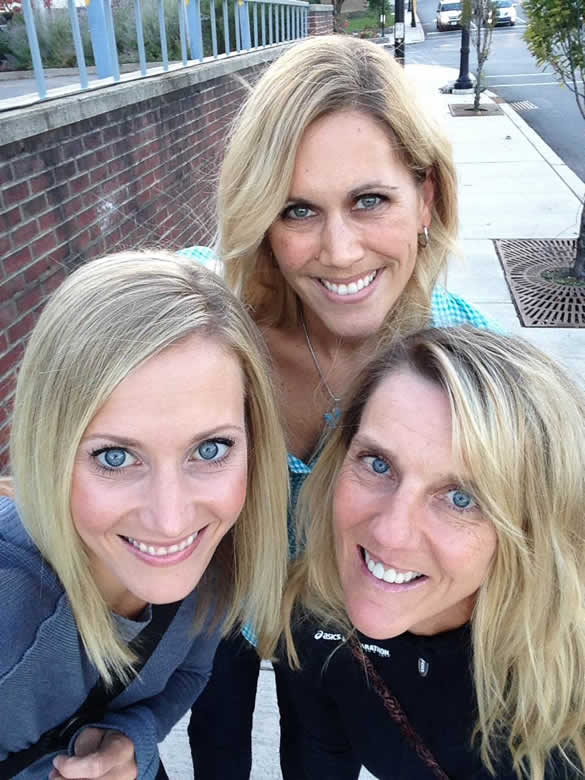 Katie, Beth and I had no idea how out of the way our route would take us. We were living in a fool’s paradise, but the company was great! 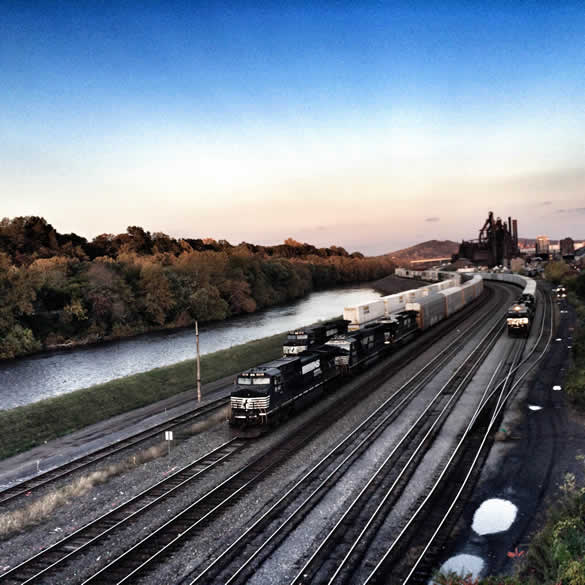 And the views were pretty spectacular, too.

After a brief stop at the Chocolate Lab (because how could we pass up a place with such a cute name and a thumb print as a logo?), we found the restaurant and were seated in the basement. It wasn’t quite as weird as it sounds, but it was awfully cozy. We noshed on complementary garlic rolls, and I went with a salad and a mushroom, onion and sundried tomato pizza (much of which came back to the hotel with me to be enjoyed later). 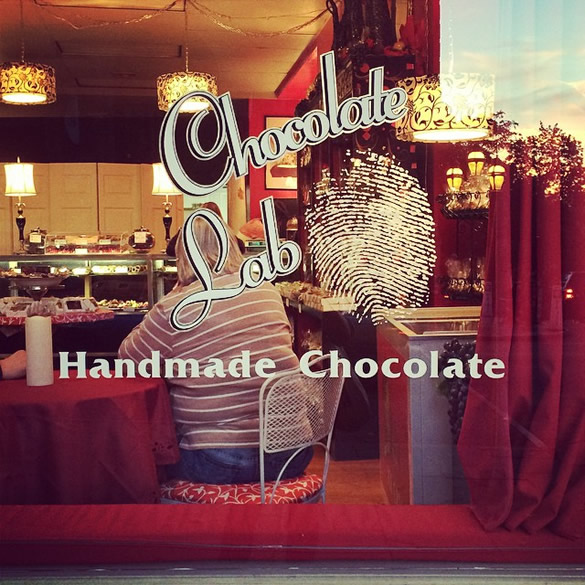 Don’t even try to tell me you wouldn’t have stopped by.

Mama Nina’s was a BYOB, as apparently many of the restaurants in the area were — because of the historic downtown and beautiful buildings, the city wants to avoid making any changes to the structures (like adding a bar). So, back at the hotel (after a much shorter and more direct return route — darn you, Siri!), Beth, Katie and I grabbed a drink at the bar while watching some, uhh, inspired karaoke before calling it an early night. After all, we had not one, but two races to run the next day!
It was a lot of fun to be around a bunch of runners who love food the way I do, appreciating both the delicious and nutritious aspects.
Do you eat differently when you’re around other active people? How so? Do you find yourself eating more? Less? More healthfully? —Kristen
New Fitness
New Mamas
New Eats
New Zen
STAY IN THE KNOW
When new stuff happens, you'll be the first to know!