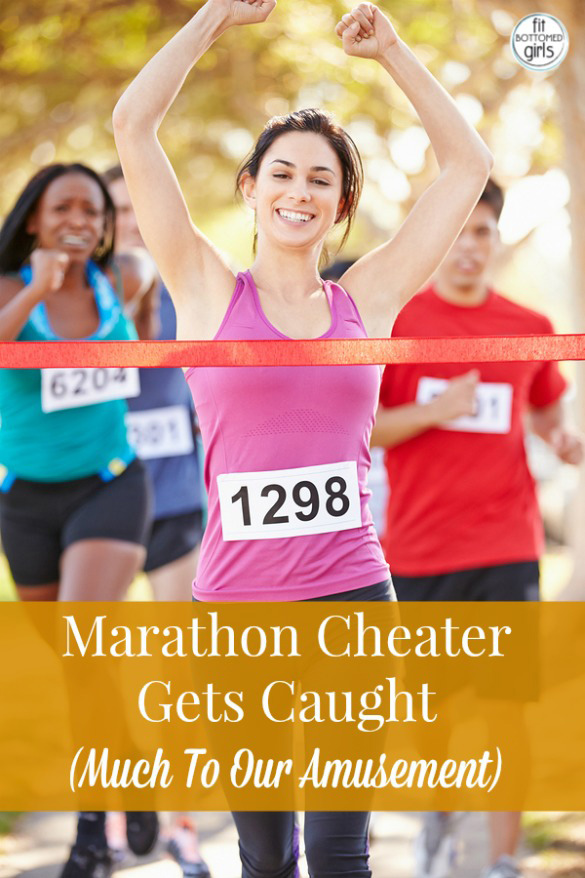 This is a news story too hilarious not to share. And while cheating is seriously uncool, the specific details of this particular story had me laughing for days. A 31-year-old woman who “won” a marathon was disqualified when her race stats came under fire as — well, impossible. Here are a few of the highlights reported by Runner’s World that had me really giggling.

The woman’s finishing time of under three hours was totally feasible for a female marathon winner, but she covered the first half of the race 2:06:51. Meaning: She ran roughly 3:37 per mile for the second half of the race. Not only is that really fast — world record-breaking fast — but that would mean she had to pick up her speed significantly for the second half of a marathon — a point when most people are happy to maintain a pace and don’t expect to pick it up quite that much. (I’m assuming, as a non-marathoner.)

The cheater-winner was quoted as saying she “threw the hammer down” in the second half, but the eventual legit winner wasn’t buying it. Turns out that according to the split, the faux-winner would have been five seconds behind the real winner at the mid-point of the race — and she’s pretty sure she would have seen someone throw that hammer down and whiz by her. As funny as it is to me, it is a bummer for the real winner to have her victory tarnished by someone who cheated.

I don’t understand why you’d bother to run the first half if only to cheat the second, but I’ve always thought runners were a special brand of crazy. (I kid!) Have you ever seen someone try to cheat a race? —Erin