There are four brackets — Paula, Queen, Madonna and Whitney — each of which have 16 songs that have been carefully ranked according to your votes. Each Friday, we’ll share a new bracket or new round, and you’ll have a week or so to cast your vote. By the end of May, we’ll have a definitive winner! 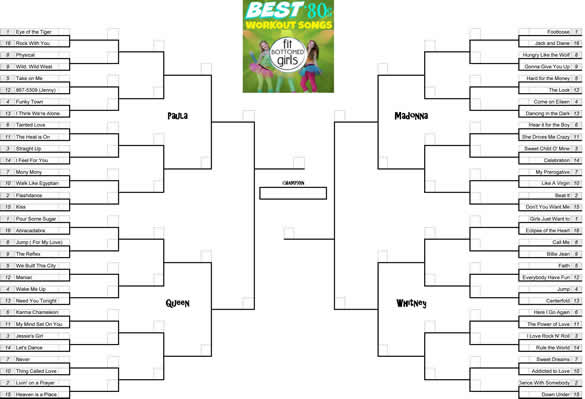 Click the image to pull up a larger size and see all the match-ups to come!

(One note: There were a number of truly excellent write-in options, and please know that they were considered. We, too, bemoan the utter lack of Beastie Boys and Pat Benatar. However, the number of votes cast for the songs that made the cut at 64 far outnumbered the votes of any write-in song, so none made the playoff. This time around, anyway …)

Now, it’s time to get to work! Cast your vote on each of the four questions below and invite your friends to do the same! 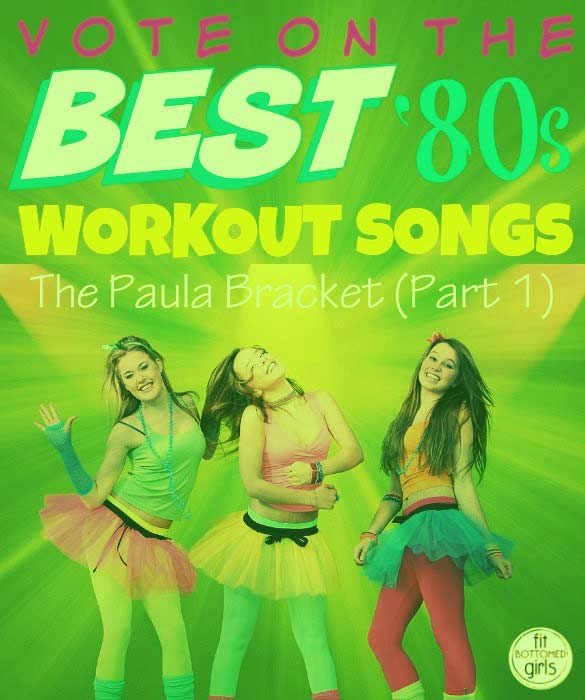 Check back next week for four more 80s musical face-offs!

Which of these was the toughest vote for you? Physical vs. Wild, Wild West is basically my Sophie’s Choice. —Kristen