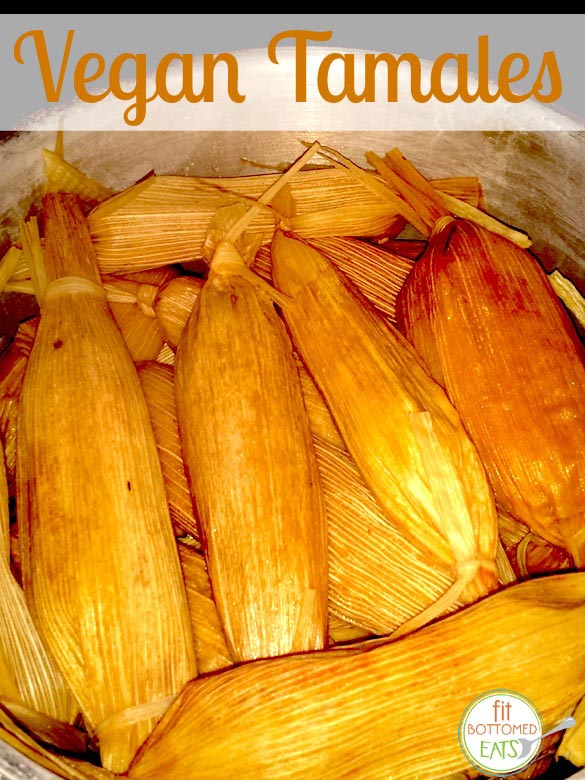 The vast majority of the posts I write for Fit Bottomed Eats seem to involve Mexican food.
If I’m not writing about how to make salsa, I’m penning a detailed account of how I will cut anyone who stands between me and a plate of enchiladas after a long ride. At my house, fajitas are on the grill at least once a week and I use cumin like some people use salt and pepper.
If it isn’t obvious already, I love me some Mexican food.
I blame my mother. While pregnant with me, she regularly consumed chile rellenos and chicken enchiladas; growing up in Texas, my family would regularly go out to eat at one of the many wonderful taquerias in the neighborhood. Even when we moved to  Wisconsin, we’d seek out the best enchiladas (sometimes driving more than an hour for the really good places). And for as long as I can remember, the Christmas Eve tradition was for my mom to yell up the stairs to put your coat on, kids, we’re grabbing tamales for lunch!
I’ve tried to keep that Christmas tradition alive into adulthood. For the last few years, I’ve pre-ordered a few dozen tamales from a tamale shop down the street. They’re delicious, simple, and, as I discovered this year, made with lard.
D’oh.
Given that I’ve been a No Meat Athlete for more than eight years, I’m familiar with “vegetarian” foods that aren’t really vegetarian, like vegetable soup made with beef stock or gummy bears made with gelatin. When I go out to eat at Mexican restaurants, I always ask if the beans and rice are vegetarian (they’re usually made with chicken stock or pork fat), so I should have known to ask a long time ago if the tamales had any animal products. But for some reason, it never crossed my mind. The fillings were vegetarian, so I assumed the masa — the corn dough surrounding the filling — was, too. Ah, but no. Lard snuck its way in there like an evil, greasy villain.
Last Christmas, I decided to take matters into my own hands and make my own plant-based tamales. It took a while, but eventually I found a recipe book that included a mix for vegan tamales. 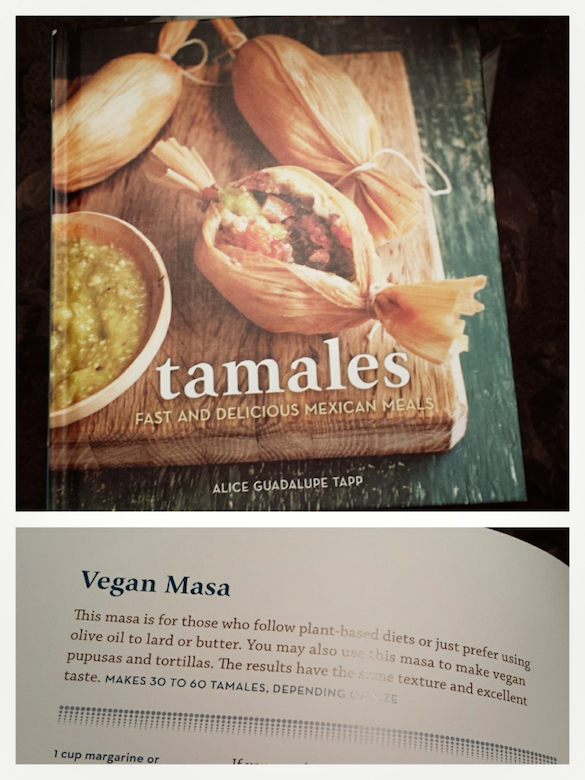 The recipe uses plant-based fats instead of lard, and incorporates vegetable stock and mushrooms for a bit of extra flavor. When I read “olive oil” in the ingredient list, I wondered how a liquid could replace a thick fat like lard — but read on … you’ll find there’s a pretty creative work-around!
Save Print
Vegan Masa
Author: Fit Bottomed Eats
Cuisine: Mexican
Prep time:  24 hours
Cook time:  10 mins
Total time:  24 hours 10 mins
Serves: 30-60 tamales
This vegan masa is for those who follow plant-based diets, or just prefer using olive oil to lard or butter. You may also use this masa to make vegan papusas and tortillas. The results have the same texture and excellent taste. From Tamales: Fast and Delicious Mexican Meals, by Alice Guadalupe Tapp. Reprinted with permission from Ten Speed Press.
Ingredients
Instructions
Notes
Making homemade mushroom powder is simple. Place any type of dried mushrooms in a food processor and process into a fine powder.
3.2.2708
The book includes vegetarian recipes for filling as well, or you can create your own fillings with diced veggies and salsa or enchilada sauce. Once the filling and masa are ready, you can build your tamales in soaked corn husks and steam for 50 minutes.
Because the process of assembling tamales can be time-consuming, it’s best to recruit the help of friends and family. Then again, isn’t it always best to cook with friends and family, anyway?

My mom wasn’t with me last Christmas Eve, but when I opened that pot, I swear I heard her: Put your coat on, kids! We’re grabbing tamales for lunch! Awesome.
What foods evoke a sense of nostalgia for you? —Susan
New Fitness
New Mamas
New Eats
New Zen
STAY IN THE KNOW
When new stuff happens, you'll be the first to know!