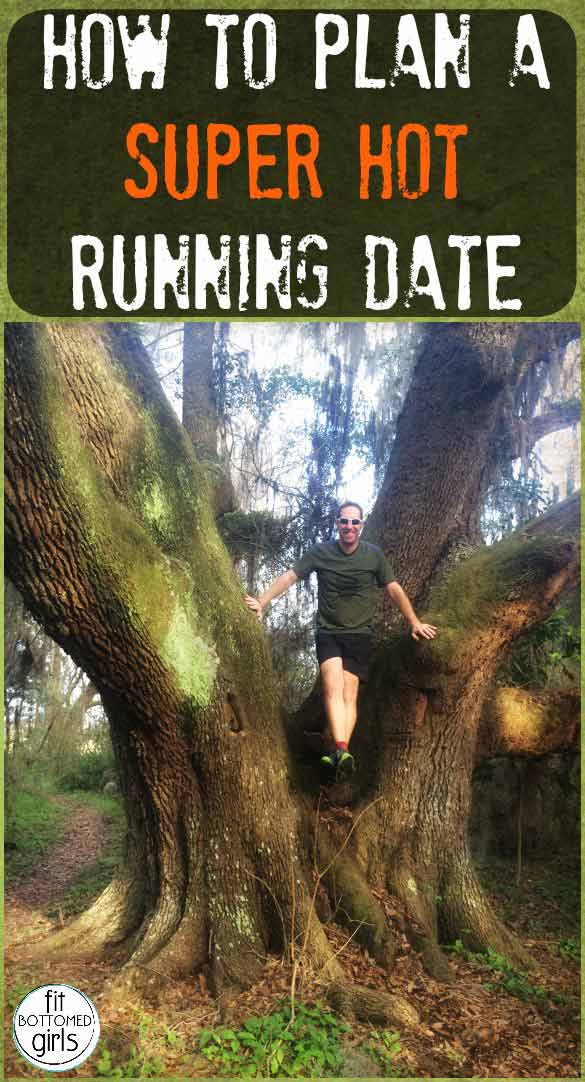 Several years ago, I was running a lot and my husband, Jared? Not unless it was up and down a basketball course. And even when I could convince him to join me, he was much faster than I was (which is, of course, incredibly encouraging to someone who’s logging 20 miles a week and busting her butt to bring her pace down a few seconds, you know?). It wasn’t comfortable for him to go my pace, and I certainly wasn’t comfortable running at his, so it wasn’t exactly the bonding experience I’d hoped for. Which is especially sad considering the fact that, according to a recent survey from Brooks Running, 41 percent of runners say that going for a run makes them feel frisky!

Fast forward several years, and we’ve worked it out. He’s learned how to slow things down in a way that’s comfortable for him, and, on occasion, I can pick up the pace enough to push him (as long as we’re doing intervals, that is). He joins me for portions of my long training runs, and we’re both members of a local running club.

Oh, and also? We’ve discovered that there are miles and miles of gorgeous running trails in our area, and somehow, out on the trails, any differences in pace seem to disappear, followed by any other issues either of us might be having. It’s truly our happy place. 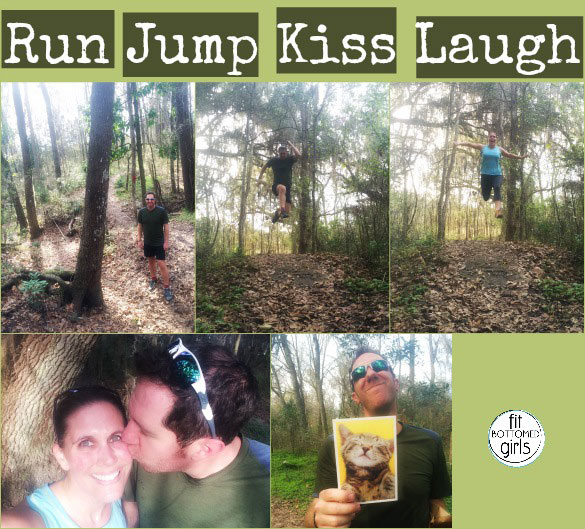 And that’s why I decided to take Jared on a special running date recently. He’d been working really hard on lots of things around the house and still found time to make me feel pretty special, so I invited him to meet me over at the trails near our home. I told him to slip into his new Brooks Running gear — the Sherpa 2 shorts and the PureProject Short Sleeved shirt.

Before he got there, I went out on the trails and placed a couple of little surprises in paper bags along trails I knew we’d run. I also sent him a few texts to, you know, set the mood. Such as: 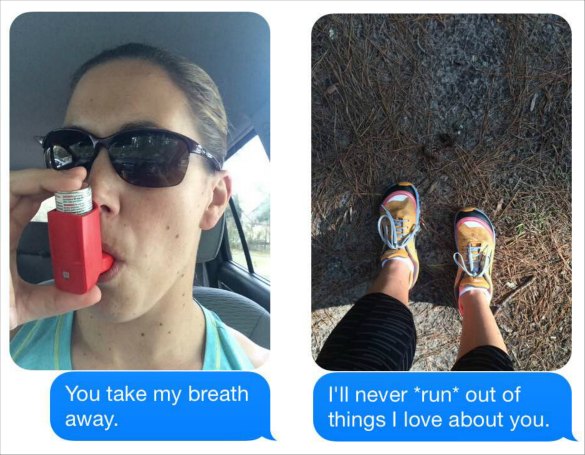 Some people send sexy texts, but I think cheesy beats sexy just about any day of the week. Happily, Jared seems to be okay with that.

We hit the trails and, about half a mile in, came upon his first prize — a little bag of pistachios, one of his favorite healthy snacks. But the day was too gorgeous to stay still for long!

We tackled hills and mud, trees and ruts, and stopped for a few photo opps along the way, which was a lot of fun (and a workout in and of itself since we’re both in love with jump photos!). Jared picked up his second gift on the way back in — a card with a kitten making the same face I make when I think about him. So, of course, he also had to make the face. (And I had to take a picture.)

Sometimes these runs are done in companionable silence, but other times, the trails are where we let our dreams take flight and talk about our future together. And, of course, still other times we head out there with friends and dogs and it’s not so much a date as a group workout, but just the same, it’s always pretty special sharing such a beautiful area with such a great guy. (Doesn’t hurt that he’s easy on the eyes, either!)

Have you ever gone on a running date? Or — maybe even more interesting — have you blown off a date to go running? I’ve bailed on a lot of things for a run, but not a date. Then again, it’s been a LONG time since I was in the dating pool … —Kristen