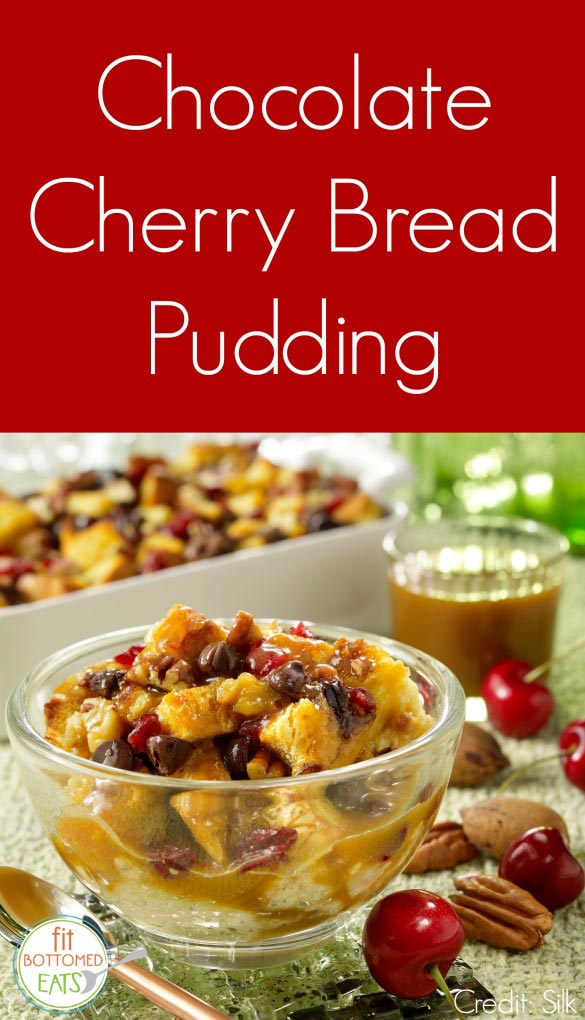 I never really met a dessert I didn’t like, but bread pudding has a special place in my heart. My parents lived in New Orleans for a number of years and let me just say: You’ve never had bread pudding unless you’ve had it in N’awlins.
That said, bread pudding isn’t exactly the healthiest of desserts. With lots of sugar, cream and butter, it’s delicious, no doubt, but also not a dish you probably want to eat on the reg. Which is why this recipe for Chocolate Cherry Bread Pudding from Silk caught our hungry eyeballs. Not only does it feature two of the best flavors to ever go together — chocolate and cherry, duh — but also it swaps the butter and cream out for nutmilk or soymilk. We’d been dying to try out Silk’s new Cashewmilk, and this was the perfect recipe to give it a go. (Spoiler: so creamy and delicious — and totally drinkable when you’re not baking with it!)