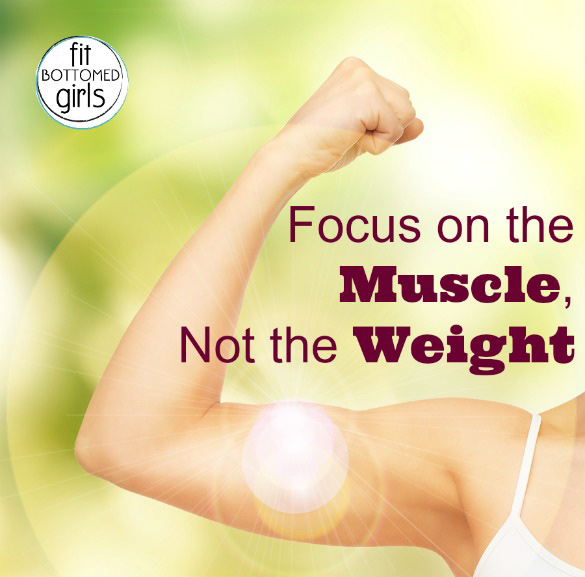 I talked about this before, how my scale gave me false hope when its battery was dying. It randomly told me I dropped a significant number of lbs when in fact I was nowhere near dropping those pregnancy lbs. I came to the conclusion that once again, it didn’t matter what the number on the scale said when I knew I was nowhere near the fitness level or “fitting in my clothes” level that I wanted to be. Ever since I came to that realization, my workouts have come with a renewed positive focus.

I’ve never been one to slave away on an elliptical to hit a certain calorie burn. I’ve never used workouts as punishment for an extra Girl Scout Cookie. But now more than ever, I see each workout as one step closer to a better, more in shape version of myself. I don’t see them as the ticket to a number on the scale. I see cardio as my ticket to endurance, which heaven knows I need chasing my kids. I see strength training as the only way I’ll be strong enough to manage to carry the loads of laundry up two flights of stairs and all of the groceries into the house in as few trips as possible. Not to mention the 8-month-old who is only growing heavier by the day — and is likely at least 6 months away from walking, which means my arms get one heck of a daily workout whether I hit the gym or not.

When I was studying for my personal training exam, one thing that really stuck with me was that as you age, you lose muscle mass. And generally, people tend to gain about 10 pounds each decade “later” in life. If your goal is to stay at, say, 150 pounds, but you’re losing muscle, your entire body composition changes as you age. Not to mention that as you’re losing that lean muscle and gaining fat, you’re also not staying as strong as you need to for your regular activities.

The other day I was looking in the mirror and noticed that I’ve kinda got some guns creeping back in. I’m way more proud of that than being able to say that I lost 10 pounds! So we say again: scale, schmale. Work on gaining — and maintaining — that muscle. It’s a better place to be than worry about a number on the scale…

Do you think in the positive when it comes to healthy living? —Erin