Fly Girls and guys, get your clickin’ fingers ready, because this Ultimate 90s Workout Song Battle is allll that … and a bag of chips. Obvs. 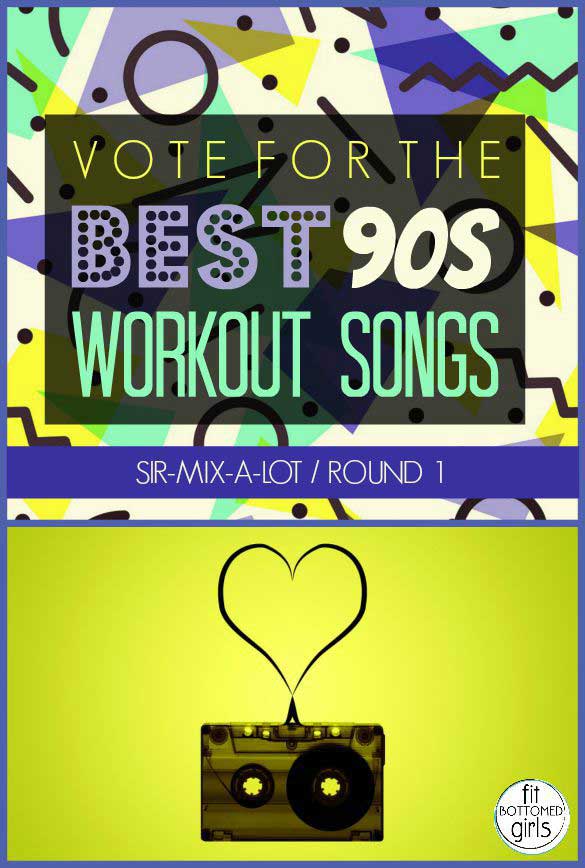 Just as we did with the Ultimate 80s Workout Song Battle, we had our readers weigh in on which songs should make the playoffs, then seeded them according to the number of votes received and created four dope March Madness-style brackets, named for the No. 1 seed in each: Sir Mix-a-Lot, Britney, C+C Music Factory and No Doubt.

You can check out which songs made it (and who they’re up against) in the bracket below — just click to pull it up to a size large enough to actually read! 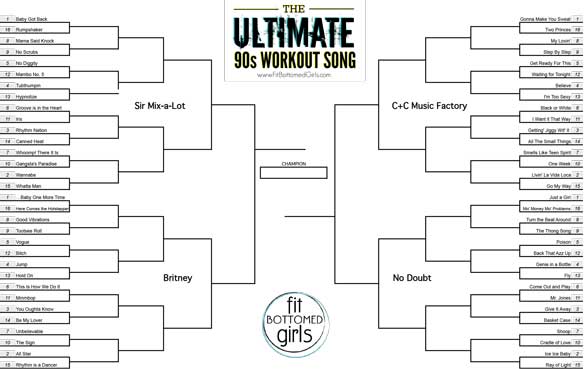 We’re kicking things off with the first round of the Sir Mix-a-Lot bracket today, and we’ll be back each Friday with another bracket or a new round. Give mad props to your favorite 90s workout tunes by voting below — it seriously just takes a minute (unless you fall down a rabbit hole of pulling up the music videos for each and listening to them all … not that I’ve done that or anything), and it’s a lot of fun.

How certain are you that your picks will make it to the next round? I mean, when Rumpshaker is your Cinderella, you know you’ve got some tough decisions to make. —Kristen