Have you heard? It’s Guest Bloggers’ Week! And today Tom Holland is sharing with us how to embrace any challenge that comes your way. Holland is an internationally recognized exercise physiologist, celebrity trainer, author and fitness advisor to Bowflex. He is also an elite endurance athlete; he’s completed 21 Ironman triathlons and 60 marathons around the world. He is a frequent fitness expert on television — with appearances on Good Morning America, CNN, The Today Show, FOX and QVC — and a fitness model with the Wilhelmina agency. 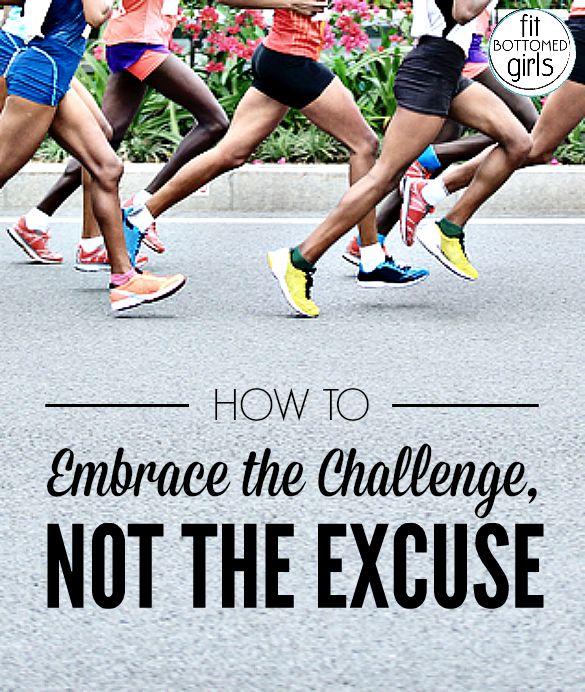 When it comes to our daily fitness routines, it can be easy to find excuses. Recently, I was running on the treadmill when I fell during a particularly fast sprint. One leg became wedged behind the belt, tearing up the front of my ankles pretty good before I could regain my balance and get off.

But you know what? I got back on and completed the session.

Yes, it hurt — a lot. Yes, I could have quit and ended the workout, but I knew that it wasn’t so bad to where finishing the workout would have made it worse. In the moment, I embraced the challenge, instead of the excuse. 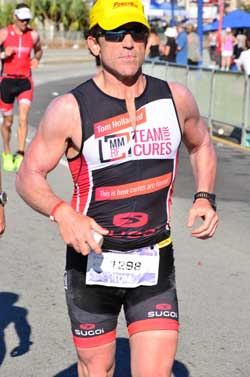 What I’ve learned from competing in endurance events is not “if,” but “when” something will go wrong. I have crashed my bike hard in an Ironman race in Australia, fallen at least a dozen times in the woods during my 50-mile JFK ultra-run, competed in three typhoons and “bonked” countless times during races all over the world — just to name a few of my mishaps and misfortunes.

Yet, regardless of what happened, I learned to get up and keep moving forward.

Then there was Ironman China, when I swam open-mouthed into an enormous red jellyfish — not once, but three times. It stung my face like crazy and made my tongue swell up to twice its size. I was feeling particularly sorry for myself until I saw another athlete on the course with the same bright red tentacle marks crisscrossing his face, still racing hard. The lesson? You can scream and cry underwater and still swim 2.4 miles.

What makes an event like Ironman so powerful is that everyone on the course, from the professionals to the very last finishers, are all suffering together. And in addition to the difficulty of simply completing the 140.6-mile distance, every single person will also have his or her own personal war story about what went horribly wrong for them along the way to that finish line. But most importantly, we are all embracing the challenge together.

I often meet people who have competed in events and will tell me how they were “on track” to achieve their goals, until something went wrong. It started raining. They downed too many sports drinks. It was unseasonably hot. Don’t those sound like excuses?

Whether it’s a 5K, marathon, Ironman or life itself — something will inevitably go wrong. Accept that fact. There will be obstacles. We can either give up, letting those obstacles become excuses for why we quit, or we can push through and use them to make us exponentially stronger — physically and mentally. Embrace the excuse or challenge — the choice is ours to make.

We are the ones who decide how the story ends. —Tom Holland

A version of this article originally appeared on Bowflex Insider.