Have you heard? It’s Guest Bloggers’ Week! And today, Melissa Bergstedt is sharing with us how she overcame her fear and ran a 5k. Melissa is a writer from Minnesota. She attended North Dakota State University in Fargo and graduated with a B.S. degree in Mass Communications. A health and fitness enthusiast, Melissa strives for a healthy balance, loves dancing, Pilates, swimming and running the occasional 5K. She is currently a stay-at-home mom and in her spare time Melissa enjoys writing, photography, reading, DIY projects, cooking and baking, traveling, and being outdoors. 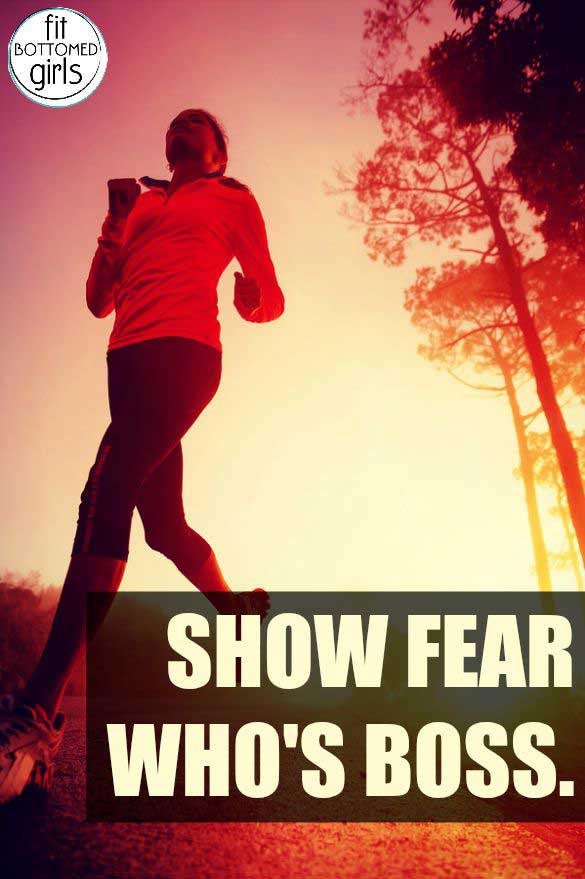 Have you ever wanted to try something so much but then fear starts to set in? “What if I fail?” “What if I can’t do it?” I am majorly anti-fear. Any time someone tells me they are afraid of something, I’ll yank out my soapbox and rattle off quotes and sayings to combat the unease. Now, if you’ll excuse me (pulls out little soapbox), I’ll keep this one short:

Fear is a flat-out liar.

As I say this, I’ll be completely honest with you. While I am hugely anti-fear, I do tend to need some of my own medicine to get me out of the gate sometimes. What I also know is that some of the best lessons I learn come when I exercise.

Case in point: I used to not care for running. Numerous attempts to actually enjoy running ended because I’d get bored, my legs would hurt, I wouldn’t have my jams to listen to, or any combination of those. The kicker? I still really wanted to try running a 5K. So, late fall of 2011 I signed myself up for an upcoming run. Treadmills weren’t really my cup of tea, but for some reason I thought a 5K would be. I knew I could easily walk it, but I wanted to go for the gusto. The girl who doesn’t like to run is going for a 5K. Oh, the irony!

No sooner than when I submitted my run entry did that familiar voice come knocking at my door: “I’m about to run 3.1 miles in frigid Minnesota temperatures. There is definitely going to be ice on the ground. Melissa and ice do not mix. I haven’t even trained for this. People are going to pass me. I’m not even in that great of shape. Oh gosh … what if I get runner’s trots?! People will laugh at me for sure!”

Yes, my mind even went as far as the dreaded runners trots. I got so worked up that when I left for work in the morning, I would reset the odometer in my car so I could visualize how far 3.1 miles was during my drive. It’s THAT FAR?

Now, before I go any further, let’s get another thing straight: I occasionally operate differently than the norm and I’m totally okay with that. Normally, people would train by doing a mile at a time (or whatever increment) and then slowly work up. Me? I knew I needed to go for it all. Working backward to go forward can sometimes be the best route. For me, and where I was at in life, that was what I needed to do.

Adrenaline was in full swing the night before the race and morning came faster than I would’ve liked. I bundled myself as efficiently as I could and headed off into the bitter Minnesota winter.

At the race site, I looked around and I saw hundreds of people of all shapes, sizes and ages. Racers were allowed to either walk the 5K or run it. One person in our group at the last minute decided she was going to drop out. As she left, suddenly my fear piped up and gave me this idea that walking the route would be a better idea so I wouldn’t get hurt. Annoyed, I needed to put my running fears in their place once and for all.

I thought, “No. I did not come all this way and get worked up like that for nothing. If I drop out or walk the entire route I would be too disappointed that I didn’t at least try to run. I need to run. I have to go for it.” 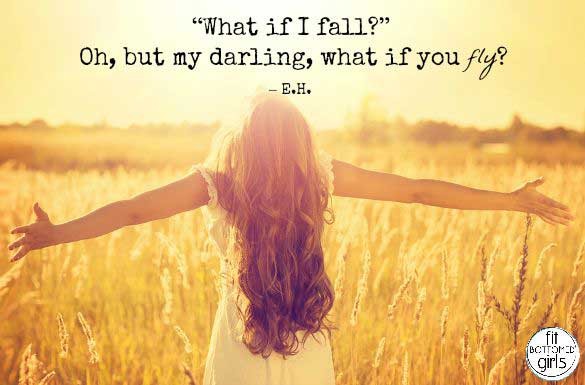 My feet felt like blocks of ice as I took off. Wanting to warm up fast, I pushed myself a little harder. I kept running and it was … strangely easy. It was easier than any of my other attempts at running and I had already gone further than my time I logged on the treadmill. The cheering was electric; the sound of thousands of shoes hitting the pavement was my rhythm. With every step I took my fears were being forced to the ground, right where they belonged. Before I knew it, I was at the halfway point.

“I’m really doing this! I’m running a 5K in frigid Minnesota temperatures! There is definitely ice on the ground! And a little snow, too! I didn’t train for this but look at how awesome I’m doing! I just passed that person! This other person totally just passed me … and I’m okay with it! Runner’s trots … HA! I laugh in your face!”

I ran most of the way and, admittedly, slowed down to speed walk when I needed. I busted into a full-out sprint and blasted through the finish line with the most amazing runner’s high. Up until then I thought runner’s high was just a joke; boy was I ever wrong. Paired with the feeling of knowing that I conquered a fear, I felt like I could literally fly.

That day I realized I was capable of so much more than I ever realized. Yet, for so long, I let my fear and doubt control me and convince me otherwise, paralyzing me from doing new things. Fear lies and steals our joy. It tells us we can’t when, really, we can. Our bodies are totally capable; it’s the mental game that fear plays that can really trip us — but only if we allow it.

Imagine what things would be like if we all kicked fear to the pavement! Maybe you, FBG, have let fear scare you from your goals and ambitions. Do me a favor … shut down those voices of fear, tie up your laces, step out to the starting line and give it your all. Trust me, you can do it. —Melissa Bergstedt