Dave Smith, today’s contributor for Guest Bloggers’ Week, has been a professional fitness and weight-loss coach since 2001 and was chosen as “Canada’s Top Fitness Professional” in 2013. He specializes in holistic weight-loss rooted in clean eating, daily movement, group accountability and ongoing peer support. His motto is “Strive for progress, not perfection” and his goal is long-term change, not quick fixes. You can learn more about his healthy living and weight-loss programs at makeyourbodywork.com and do some of his free core workouts here. 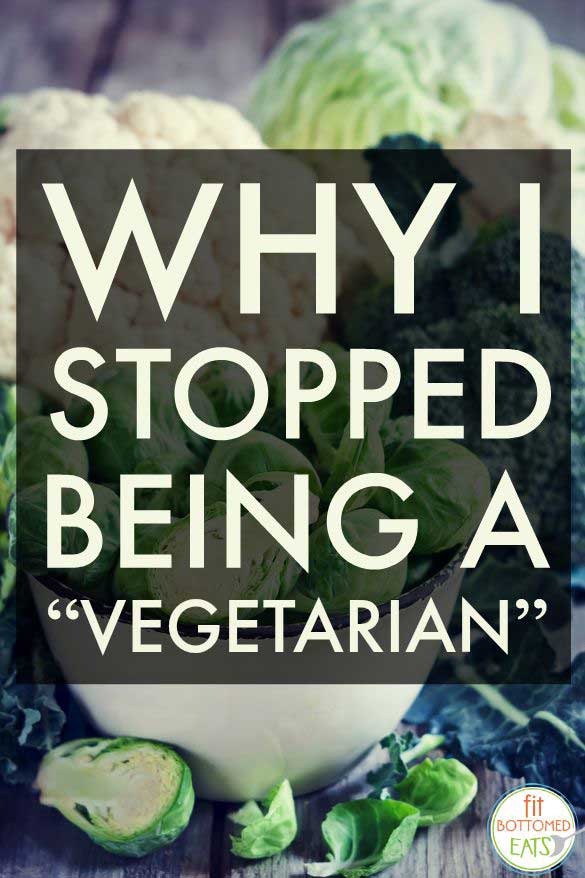 Exactly two years ago I was flying to Panama City for a long-awaited vacation. During the flight, I pulled a magazine from my carry-on and started reading a feature article about beef slaughterhouses (a nice light read to begin the trip!). The details were distributing. The story was gruesome. Without even finishing the article, I turned to my wife and told her that I was becoming a vegetarian.
I know that sounds like a hasty decision, but it was actually one that was a long time coming. As a weight-loss coach, I often urged my clients to load up on plant-based foods since they are so nutrient-dense and are generally lower in calories than animal-based options. For some reason I hadn’t followed my own advice until now.
I was actually pretty excited to become a vegetarian. There was something hip about eating just plants, and I looked forward to telling others that I had joined the herbivore club.
Being a vegetarian sounded cool.
Unfortunately, transitioning to a plant-based diet wasn’t as easy as I thought it would be. Cutting out some of my favorite meals was one thing, but I actually started to feel unwell. My stomach was bloated after every meal, I felt sluggish during my workouts, and I wanted to sleep all day long. Maybe being a vegetarian wasn’t as “hip” as I had originally thought!
Here’s where I had gone wrong: I fell into the trap of defining my diet based on what stays out. To me, being a “vegetarian” meant not eating meat and I was living up to that challenge. I hadn’t eaten a burger or chicken breast in weeks.
But what was I eating instead? What foods had I discovered that would replace the animal products I was now cutting out?
As a so-called health and fitness “expert,” I feel a bit silly for not being more mindful about the foods I ate. At the same time, I look at all the diets that are strictly defined by what foods stay out, not what foods go in, and I know I’m not alone.

A Better Way to Define Your Diet

Just think of how often you hear someone say that they are eating dairy-free, low-carb, sugar-free, gluten-free, low-fat, or any other combination of “free” and “low” in their diet. There’s something nice about having a single eating rule to follow — these types of diets make things simple.
For example, thinking of vegetarianism as “non-meat eating” is so neat and tidy. I simply have to stop eating meat!
But defining a vegetarian diet this way leaves the door wide open for a lot of unhealthy food choices that certainly aren’t going to lead to positive results. Bread, pasta, cookies, candy, pie, crackers and even chocolate (yum!) are all vegetarian-friendly.
No wonder I was feeling so crummy — the term “vegetarian” suggests a diet filled primarily with vegetables, not one lacking in meat. My diet just lacked meat.
Just to be clear, I wasn’t filling up on cookies and chocolate all day! I was eating beans, lentils, grains (some whole, some processed) and a lot of fruit. However, I wasn’t eating a wider variety of vegetables than I did before I became a vegetarian.
Realizing this, I decided to stop calling myself a vegetarian — that term was too closely linked, in my mind and to most other people, with non-meat-eating. Besides, why would I define my diet based on foods that I “had to” avoid? This felt so negative and heavy. I had found myself constantly saying, “I can’t eat that.”
Now I am mostly a “vegetable-eater” who includes a lot of healthy fat and occasionally meat, too. This sure doesn’t sound as fashionable as owning a strictly “vegetarian” title, but it keeps me thinking positively about the foods I choose.
Instead of watching out for foods that break my eating rules, I find that I am searching for new meal options that I haven’t tried before and that make me feel well. I get to focus on the foods that are actually going into my mouth, not the ones that I am trying so hard to keep out.
It feels very light to eat this way, both mentally and physically.
While I don’t propose that everyone eat as I do, I do think it’s good practice to examine your diet with a positive lens. What foods are you actually eating? Is your diet based on all the foods that are best for your body or is it determined only by the foods you’re set on avoiding?
Removing some of your eating rules might just be the mental shift you need to find a diet that works really well for you and allows your body to thrive. —Dave Smith