Any of these statements sound vaguely familiar?

I’m not a very fast runner.

I do some distance races, but I kind of plod along.

Yeah, I guess that pace is pretty solid … for me, anyway.

No, really, I don’t mind bringing up the back of the pack. I’ve done it loads of times.

I have said every single one of these things within the past couple of weeks, and the number of times I’ve thought them? Beyond numerous. More importantly, I’ve felt them. Oh, I’ve felt them. I’ve felt them every time I’ve embarked on a workout that pushed my limits. You know the feeling, right? Of course this is really hard — I’m just not good at it. But hey, I try! 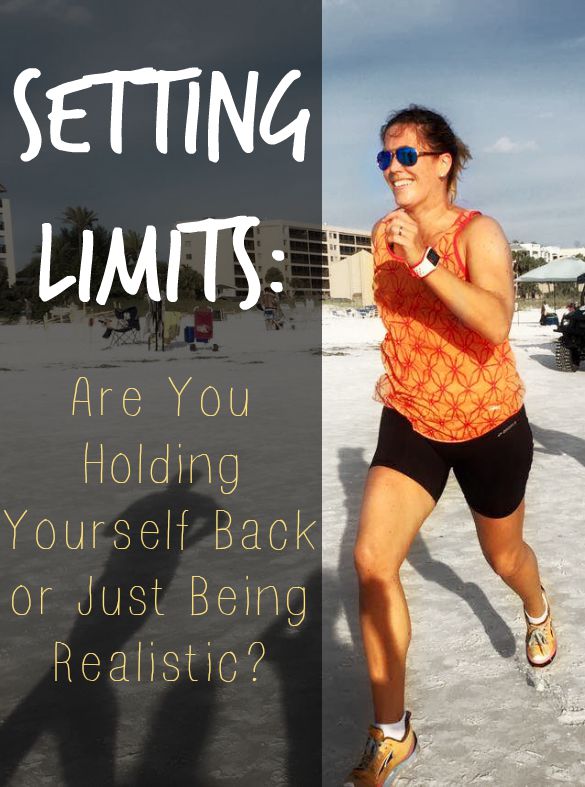 I’m a big fan of being realistic when it comes to my athletic prowess. I can usually estimate finish times for races or training runs to within a minute or two — often, I’ll finish within seconds of when I expect to. But my recent surprise PR (4 minutes! Holy cow!) at the Rock ‘n’ Roll Seattle Half Marathon prompted a pretty frank discussion with my husband that really got me thinking.

It started with me saying how proud I was of my performance, and then I qualified it by saying that I realized it wasn’t what a lot of people would consider “fast,” but that I felt like I’d finished closer to the middle of the group than back of the pack, and I was pretty excited about that.

“You’re not a back-of-the-packer,” Jared said. “Stop saying you’re slow. You’re not slow. You might not be keeping up with some people, but, I mean, think about who you surround yourself with! You. Are. Not. Slow.”

Of course, my initial response was to roll my eyes (which I did — with gusto), but I quickly realized that the dude had a point. I’ve identified as a not-very-fast runner for so long (I mean, this deep-seated belief would be graduating college right about now if it were a person) that it’s actually confusing for me when I increase my speed or come in ahead of people I’m used to trailing behind. Plus, it’s really important to me to be comfortable with and proud of myself at any pace, whether that’s a 9-minute mile or 15-minute mile. I won’t let my sense of worth be based on numbers, whether they’re on my watch or on the scale. But, I mean, I guess that doesn’t mean I can’t push to be faster right?

So, here’s the real question: When that pace on my watch falls below 10-minutes-per-mile, what’s my real source of discomfort? Is it my body really saying it can’t go any faster, or is it my mind that doesn’t want to leave that comfort zone?

Now, I’m not saying that changing the way I think of myself as a runner is likely to make me an 8-minute miler … right away, anyway. But, I mean, when I started swimming, I had no expectations, so I just went for it and ended up being a fairly speedy swimmer. So maybe, just maybe, if I adjust my expectations as a runner, I’ll see some big changes. I still want to be realistic, though — I don’t want to set myself up to fail by setting an achievable goal any more than I want to set myself up to fail because I keep aiming low.

It’s funny. I’ve been all about positive self-talk and believing in myself for, well, ever, but this example of casual negativity had totally slipped the radar. Until now.

From here on out, I’m going to focus on believing that I can run faster. Let’s see what the power of positive thinking can do for my 5k time! And you know I’ll let you know if — erm, make that when — I start busting out some new PRs.

How do you refer to yourself when thinking about your athletic or fitness abilities? Any chance you’re holding yourself back? —Kristen