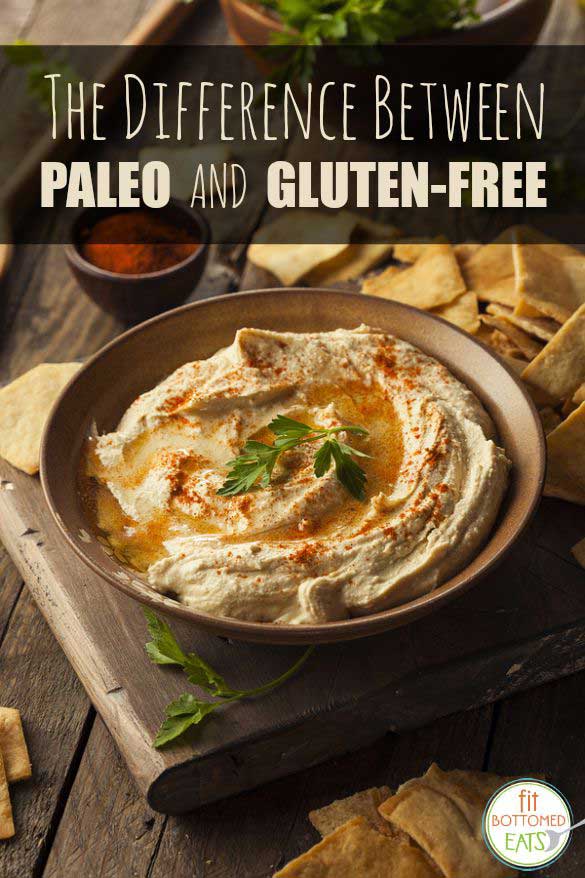 Here’s a question we’ve gotten a lot lately: What’s the difference between Paleo and gluten-free? Followed closely by, is Paleo gluten-free? And, is gluten-free Paleo? And the answer is pretty simple, albeit a touch confusing. Here’s what you need to know!

This is the law of the Paleo land. Paleo is always gluten-free. Always. Gluten is a general name for proteins found in wheat, and seeing that the Paleo way of eating doesn’t include any grains, wheat (and therefore gluten) is a no-go. (The Paleo way of eating also nixes dairy and legumes, so you primarily eat fruits, veggies, meat, seeds and nuts.)

Gluten-free is not always Paleo.

Eat in a way that makes you feel awesome. No matter what that is.

You know how we feel about strict “diets.” So, unless you are Celiac or have a gluten insensitivity or an allergy, we recommend you eat in a way — no matter what the label is — that makes you feel awesome. Maybe that’s eating fewer grains or less dairy, maybe that’s going 100 percent Paleo or cutting out gluten or eating in a more plant-based way, or maybe it’s just you creating your own unique way of eating. We’re all different, so avoid the hype and do what works for YOU!
Does that help clear things up? What question should we answer next? —Jenn