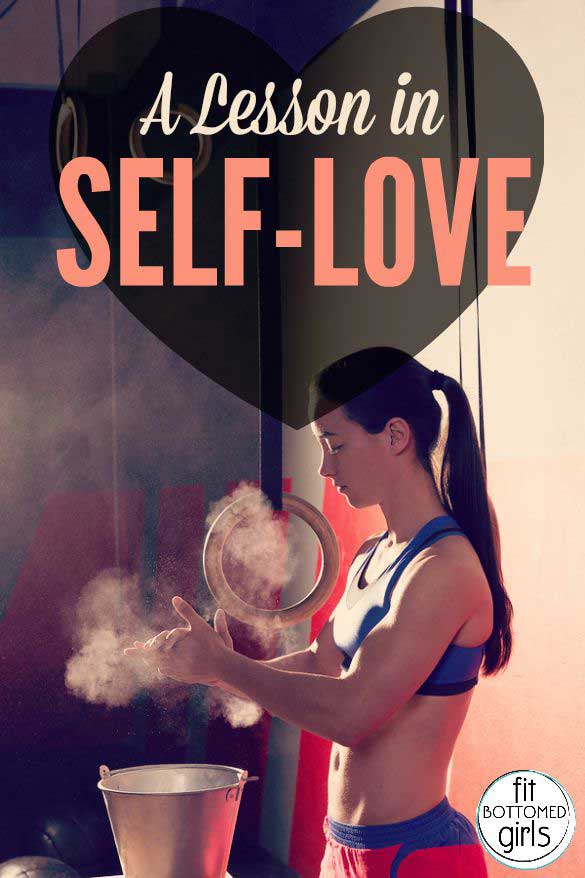 The other day I was at the gym, doing a particularly gnarly workout that was full of double-unders. (What’s a double-under, you ask? Simply put, it’s when you jump once but the jump rope goes under your feet twice.) And I pretty much felt like this doing them: 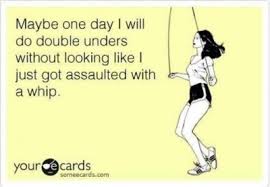 I’ve been doing double-unders somewhat regularly for a couple years now. Admittedly, I don’t work on them enough to really complain about not being able to do a bunch of them in a row, but I’m used to being able to string at least 20 or 30 together. And in this eight-round workout, I was being asked to do a whole slew of moves — each round ending with 30 double-unders. I looked at the workout and thought: 30 at a time. I can do that.

And, then, I got into the workout and my thought process went something like this each time I got to the 30 double-unders.

Round 1: Man, I must need to get warmed up! I can barely do five in a row.

Round 2: Huh, I feel warm. Why can I still only string five together?

Round 7: What is wrong with you?! Just two rounds left.

Round 8: Three at a time? Fine. Whatever.

Granted, my shorts were slipping down, my shoelaces kept getting untied and my ponytail would NOT stay in place, but by the end of the WOD, I threw my jump rope down in disgust. Stupid, stupid, stupid double-unders. With an undercurrent of — quite honestly now that I look back at it — stupid, stupid, stupid body.

Later that day, it dawned on me that my headspace was not exactly, well, Fit Bottomed. Sure, I got a great workout, but where was the self-compassion? Where was the self-love? Where was the talking-to-yourself-like-your-own-best-friend? None of that happened. And I didn’t even realize it in the moment.

Which is so freakin’ common! I was putting so much pressure on myself to meet my own expectations that I didn’t even stop to realize that I was kind of beating myself up. And no doubt that the headspace I was in wasn’t actually helping me at all. In fact, it was probably making my double-unders worse than they would have been if I was just accepting of where I was that day, in that moment.

Because here’s the reality of any workout and, really, any second of any day. You’re going to have days when everything is working — and you’re going to have off days. And on those off days, all you can do is meet yourself where you are with compassion and respect. And all of that requires awareness.

We talk a lot about having a positive headspace and being aware of your thoughts, but REALLY. Pay attention the next time you exercise — and pay attention throughout your entire workout. What are you saying to yourself? What are you thinking about? Are you present? Are you beating yourself up? What happens when you’re struggling with something? What do you tell yourself?

Guys, this is seriously SO important. It’s easy to be positive when you’re rocking your run or workout and all is great in the world. But when the going gets tough, what are you saying to yourself? How could you use a hard time as an opportunity to become more mindful, accepting and loving of yourself?

I’m not saying I’m exactly enthused to tackle a bunch of double-unders again, but I can guarantee you that the next time I do them, I’m going to be much, much more aware of what’s going on between my ears.

When’s the last time you had an “off day?” How did you handle it mentally? I figure if I can do this with burpees, I can conquer any bad double-under day, right?!  —Jenn