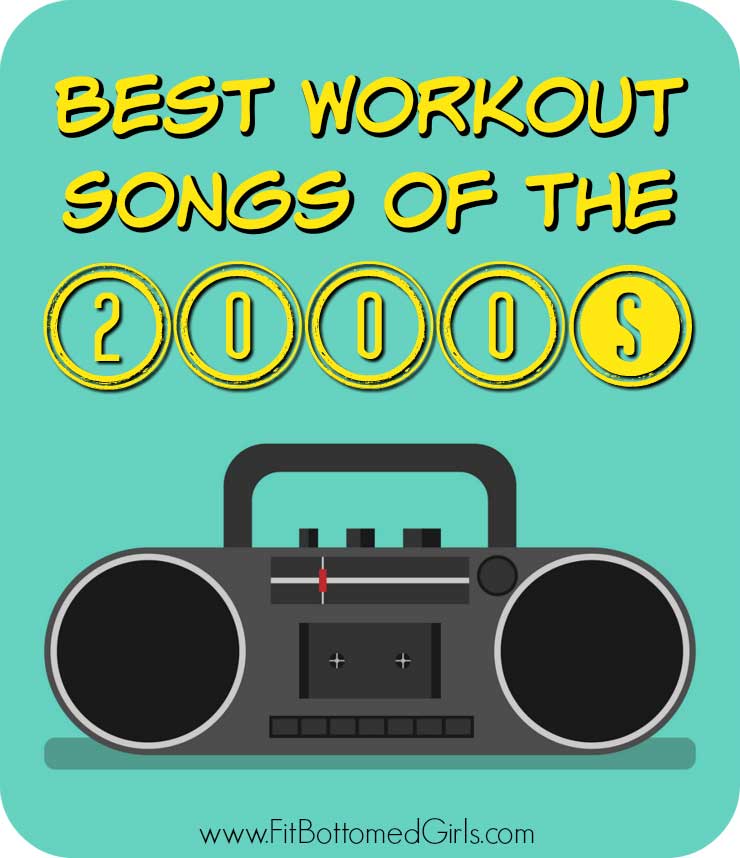 It’s funny — I have certain songs that I tend to think of as relatively current, but when I actually think about it, they are … not. They’re from the early 2000s and guys? That was a few years ago now.

Still! Many of those songs are awesome workout jams, so, in true FBG form, we’re getting ready to rock out with another Ultimate Workout Song Battle, but this time, rather than tackling the 80s or 90s, we’re looking at songs that hit the charts between the beginning of 2000 and 2009. And we need your help! (Don’t leave! In exchange for a few minutes of your time, we’re offering a chance at some FBG swag!)

We’ve pulled together almost 100 of the hottest songs of that decade, but only 64 can make it into the playoffs (plus, we need to figure out how they should be ranked). And that’s where you come in. We’re asking you to take a few minutes to scroll through the songs listed here (or below) and pick up to 10 of your favorites. The songs with the most votes will be ranked the highest when we start the tournament later this month!

If we missed one of your favorites (and we’re sure we did — there were, like, a lot of songs to skim through!), you’ve got a chance to write in up to three songs, too. Just please make sure it hit the charts within the time frame, and give us the correct song name and artist. At the end, you can leave us your name and email — we’ll randomly choose one respondent to win a prize pack of some fab FBG goodies.

Do you think you know which songs will be ranked the highest? I don’t want to make a call, but boy, there is a lot of Beyonce on there. —Kristen