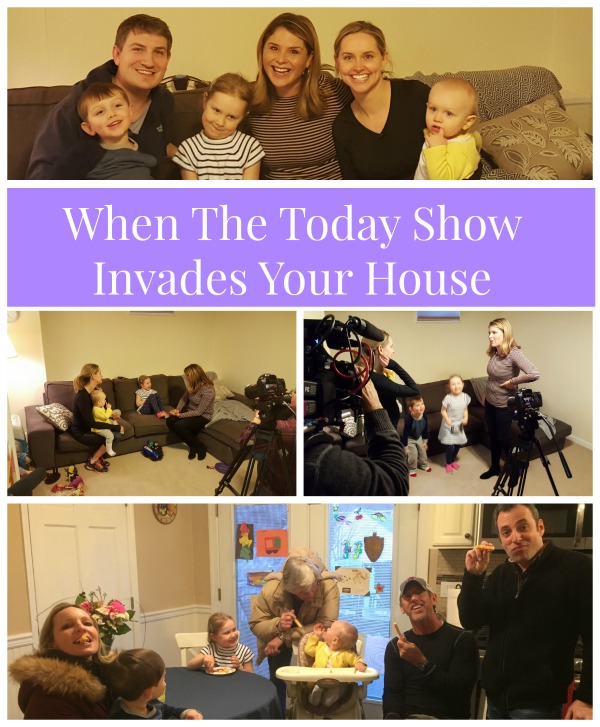 Over the holidays, my husband and I were in Kansas City, about to chow down on my favorite Midwestern splurge: Mexican food. We were kidless for the meal. I had my margarita and everything. I was ready to relax. I noticed I had a missed call from my business partner in legit business — and then I saw the text: Check your email! The Today Show wants you!

I couldn’t gulp my margarita down fast enough.

There is a reason I’m a writer. And that’s because I like to write, but also that I’ve never been interested in being in front of the camera. Ever. I’m good over here in ink, where I can think about what I’m going to say ahead of time, use the backspace and delete keys and think things through before I hit publish. Plus, it’s nice that I don’t have to do my makeup or hair.

So I spoke with the producer, Mary Ann Zoellner (author of Sh*tty Mom), and even though she was enthusiastic about the segment — how busy moms fit in fitness throughout the day — I didn’t actually think it would happen.

I told my husband. His response was, “Does anyone have a house we can borrow?”

And our kids are like this but less angry:

Even though I was positive it wouldn’t actually happen, we figured we’d better prepare. So we cleaned. And decluttered. And cleaned and decluttered some more. Mary Ann had said the crew would rearrange our house as needed, so we needed to be sure we got any dust bunnies out now. Those dust bunnies haunted my dreams. Apparently the best way to get items on the Honey-Do list completed is to tell your husband that your house will be on national television. And that Jenna Bush Hager is coming.

So, we transformed our house from a sticky-surfaced kid zone to a house that looks like real grown-ups live there: 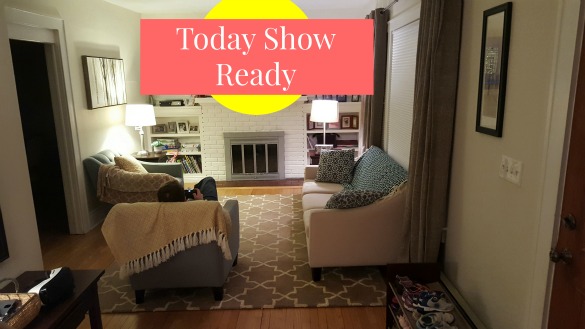 I mean, we hung a door we wanted to hang. Painted a stairwell that had been half painted since 2012. And we filled up at least five bins with clutter and toys.

As the big Today Day neared, it got bumped to the next week. I was slightly disappointed but mostly relieved. PHEW. I DODGED A BULLET. But then it got confirmed the week of. And then by the day they were set to arrive, there was no backing out. This is a nervous face: 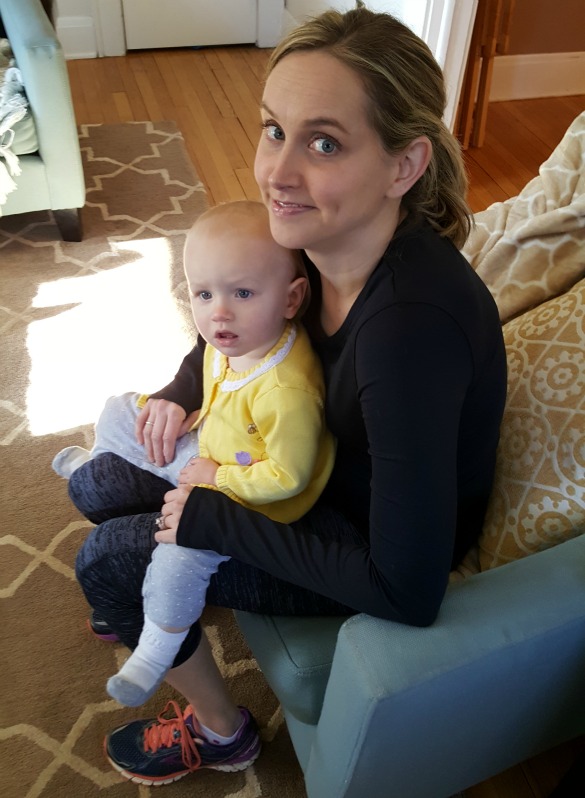 Of course, once Mary Ann and Jenna Bush Hager (I’ll be name-dropping that awhile, brace yourselves, hashtag noshame) arrived, they were both as nice as could be. Jenna and I chatted about kids and toy clutter and breastfeeding and making mom friends. We shot a couple of clips of us doing my go-to busy day workouts: doing squats while I fold laundry and doing lunges as I pick up toys. 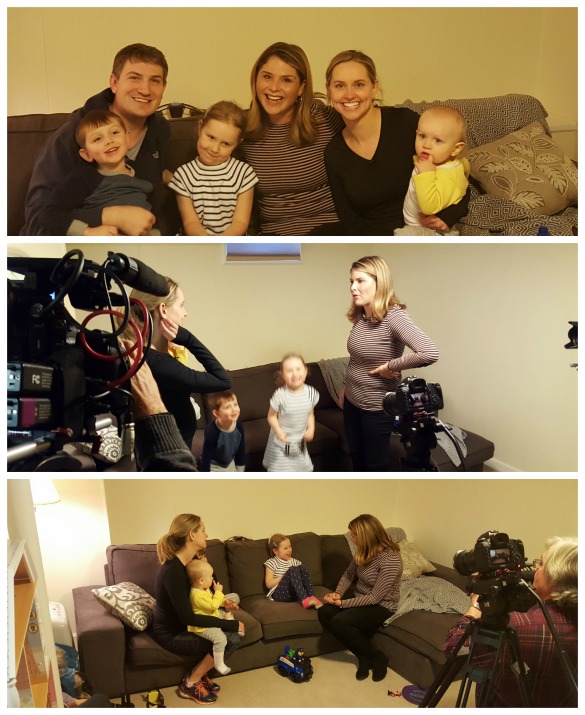 Once Jenna left, the crew had to wrap up the shoot and get some footage of me and the kids around the house. I was giving the kids a snack when it came to light that the crew hadn’t been able to grab lunch beforehand like they’d planned and they were all starving. Plus, we’d been so busy shooting that I hadn’t exactly been playing hostess. Cheese sticks for all! 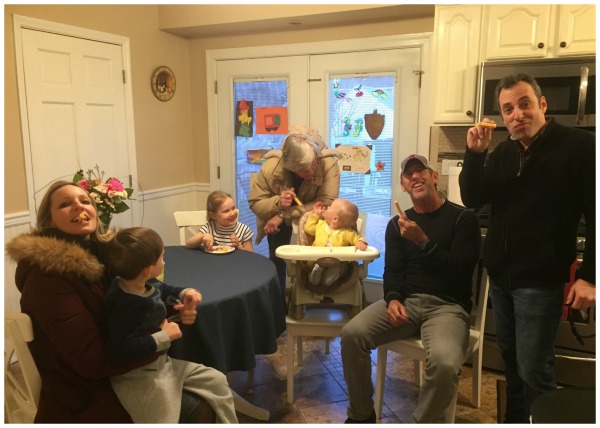 The segment should air today in the 8 o’clock hour. Despite the photographic evidence, I’m still not totally convinced this actually happened. Maybe seeing it on TV will do the trick?

A big thanks to the whole crew — Bob, Charlie, Jeb, Mary Ann and Jenna — for coming out! Now I just have to get up the nerve to watch it… —Erin