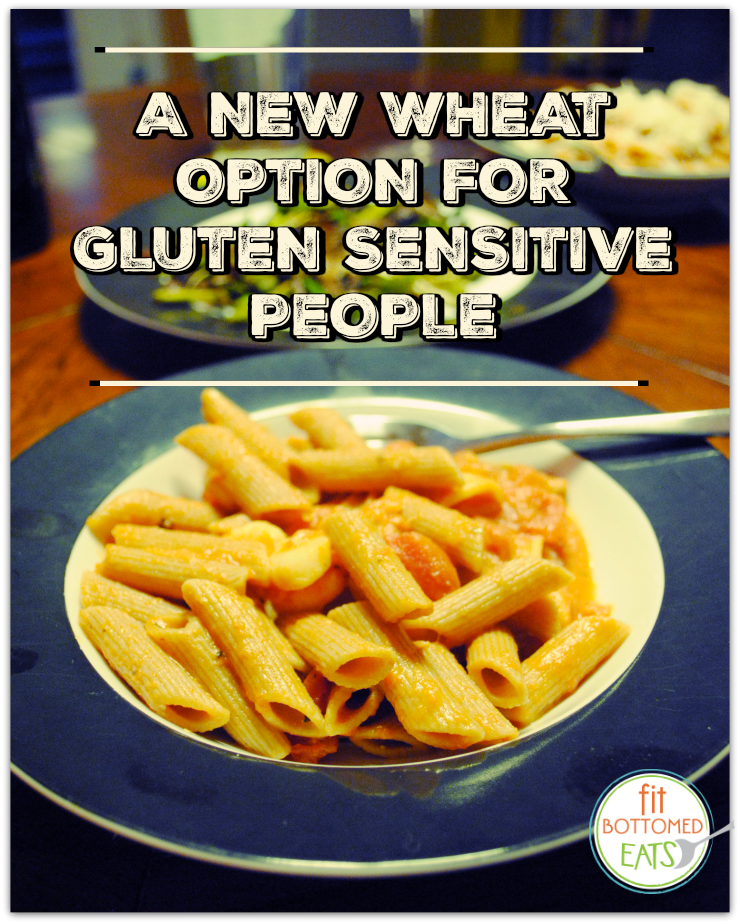 I’m gluten sensitive and I just ate wheat. Einkorn wheat. And it was okay. Really!
I know, I know. I was skeptical, too. A gluten sensitive person eating wheat of any kind? Seems crazy, but turns out that Einkorn is the only wheat never to be hybridized, making it much easier to digest. (Now, important point: if you are celiac, this is a no-go, as there is still gluten in it.) It also has about 30 percent more protein than modern wheat and more protein than any other grain, while having 15 percent less starch and carbs. So, it’s kind of awesome for the gluten-loving crowd.
I clearly had to give it a try, and Jovial Foods sent me its Whole Grain Einkorn Penne Rigate, Sourdough Einkorn Crackers and some of its flours to try. Up first, the pasta. Because, pasta. 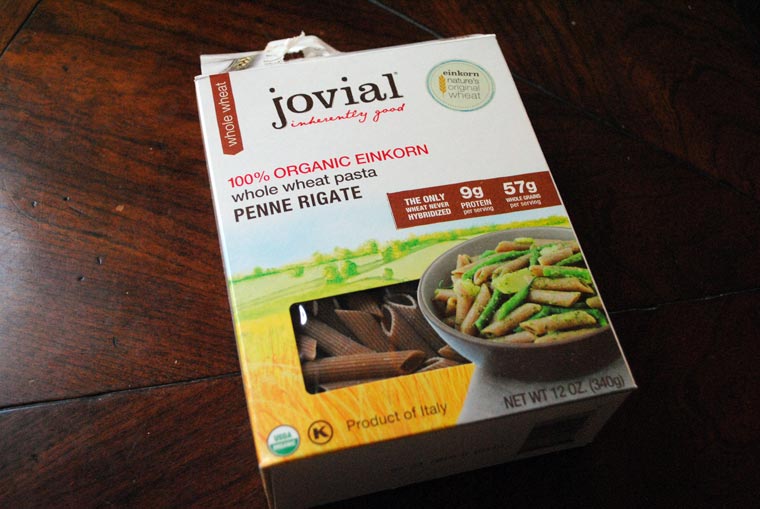 This stuff cooks up just like your regular pasta. I cooked it with a mix of seafood and a jar of Trader Joe’s Organic Vodka Sauce (hashtag side note, hashtag first time trying it, hashtag delicious) and it was AWESOME. The noodles were a little chewy but with good texture — and this bowl plus some oven-roasted mushrooms and asparagus actually filled me up. It seems like pasta never fills me up (I always just want more, more, more), so this was kind of amazing. 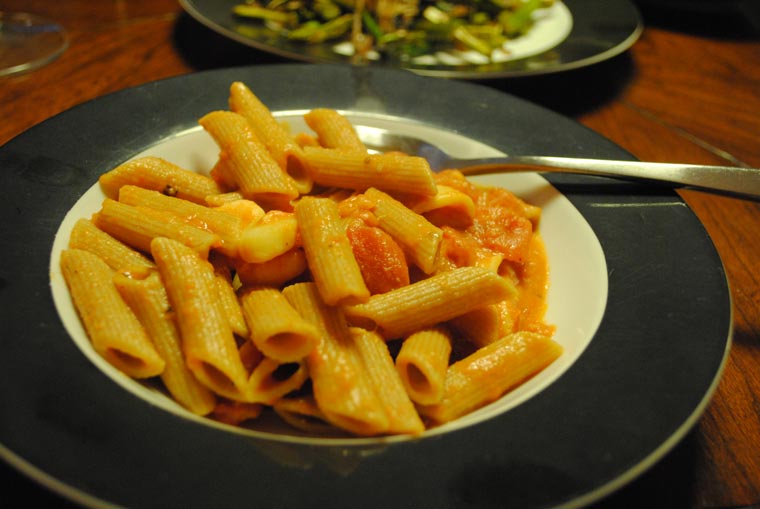 And, that night and the next day, I had no digestive issues or brain fog or any of that icky stuff I usually get with wheat. Fantastic.
Onto the crackers! 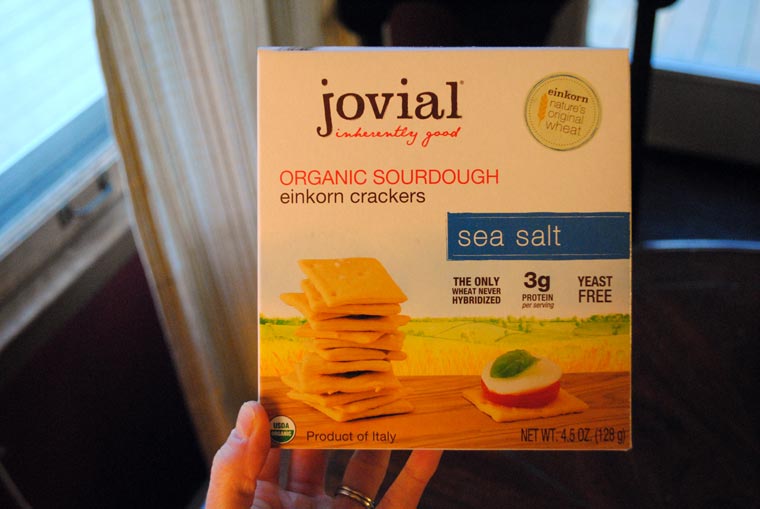 These say they’re sourdough with just sea salt, but they have a very cheese-like taste to them. Kind of like how I remember the White Cheddar Cheeze-Its to be. Which, ahem, is awesome. 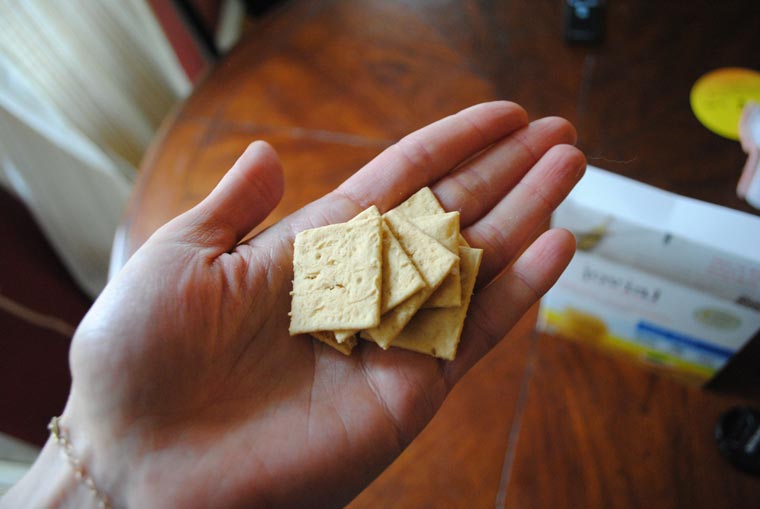 Eighteen crackers seems like a pretty generous serving size to me. And, like the pasta, they actually filled me up and didn’t leave me wanting to eat the entire box. 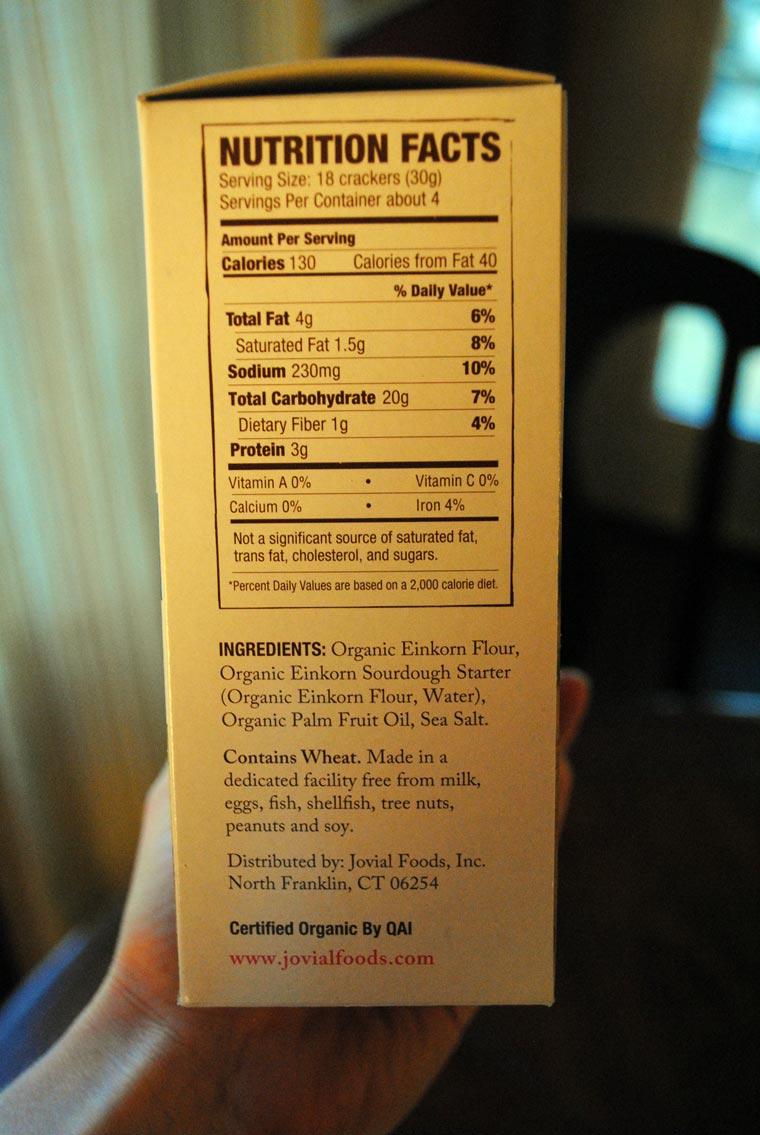 These made me a little gassy (TMI? No such thing), but nothing I wouldn’t deal with for a little better-for-me Cheeze-It fix, honestly. And these would be particularly great for entertaining — no one would know!
Jovial also sent me some straight-up flour to review, which I haven’t had the courage to dive into yet. But I will soon. Especially since my stomach and body reacted really well to these Einkorn products. I’m a convert!
Are you gluten sensitive like me? Every tried Einkorn? It’s so nice to have that wheat flavor back in my life! —Jenn