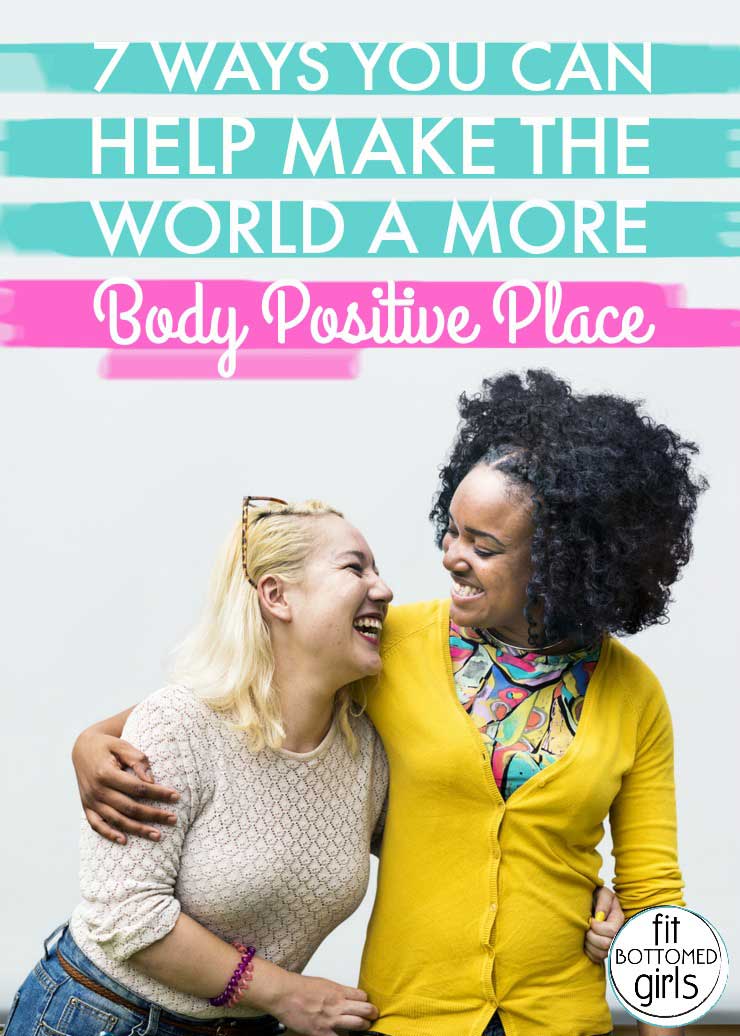 The research on body image and being body positive isn’t great, but there is something you can do about.

But, first, the facts!

According to a new study from Yahoo Health, only one in seven Americans feels “body positive,” meaning that they love the way their bodies look. The worst time for body image seems to be during women’s younger years, with more body neutral feelings (being okay with the way their bodies look and have made peace with imperfections) happening later in life.

A few more facts from the online research:

But, there is some good news:

And here’s why being body positive or at least body neutral is SO important for men and women — and it’s not just about physical health.

Okay, so now that you know the good and the bad, what can you DO with this research? A lot!

2. Spread body positive quotes. Seeing that women are so targeted on social media to be a certain size, why not buck that trend by sharing body positive and inspirational quotes like these?

3. Work out and eat right out of a love for yourself. We’ve said it before and we’ll say it again: you can’t hate yourself healthy. Do it for the reasons that really matter. And for the love of all things fit bottomed, don’t diet!

4. Start being on Team All Women Rock. Here are three things women tend to do that are really, really holding us all back from being our best: the comparison trap, the perfectionist obsession and gossip.

5. Ditch your idea of what “fit” and “attractive” looks like. Here’s what being healthy really looks like. Spoiler: it looks different on everyone and that’s what makes it awesome!

6. Limit your media. Take note of what shows, articles, ads and programs lift you up. Those that don’t? Drop ’em like they’re hot.

7. Boost your inner confidence. Outer confidence and inner confidence are interrelated. So rock the positive self-talk, take time for you to reflect and recharge, know that you’re awesome and don’t be afraid to strike a power pose a few times a day.

How body positive are you? And — better yet — what will you do TODAY to make the world a more body postive place? —Jenn