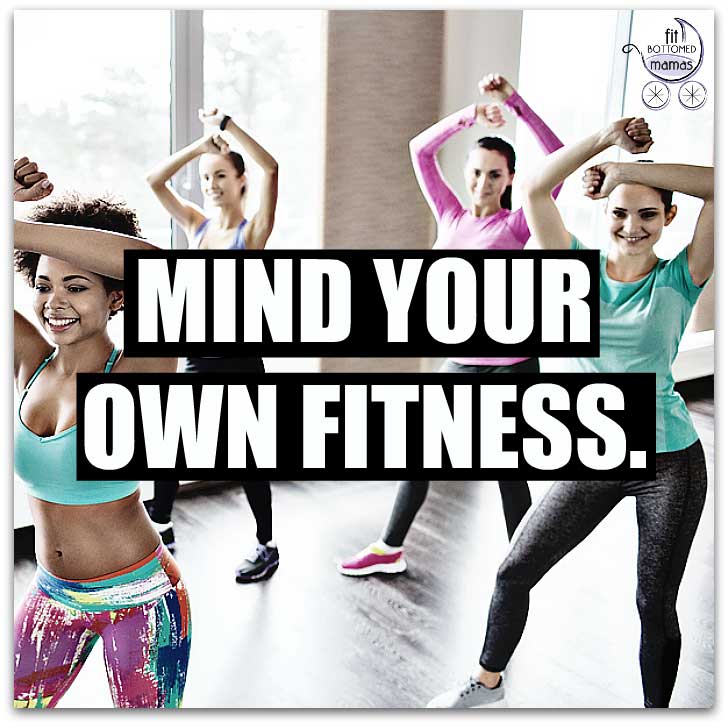 I overheard a conversation at preschool drop-off the other day that had me seeing red. I was so mad that even after my 10-minute drive home, I ranted to Jenn and Kristen for an annoyingly long time. (I’m sure.)

The moms were discussing running, from what I could surmise. Here’s the part I overheard. (Note: There was no expectation of privacy; one mom was in her car dropping her kid off and this mom was yelling across the lawn … )

“… I’d have to start walking eventually anyway! That class last night was a joke. The woman next to me was at a 3; I’m not even kidding. I had to try not to laugh. How do you even do that?”

I hope I misinterpreted the conversation, but I took this to mean that the woman next to her in a treadmill running session was running at a 3 mph. And here was this woman next to her, trying to hold back her laughter. How awful! The thing is, we never know someone else’s story unless we ask or know that person’s story. Maybe the 3-runner had never run before. Maybe the woman was recovering from an injury and wanted to test out a few jogging steps slowly. Maybe she was overweight and wanted to challenge herself and push her workout by breaking into a jog step. It was HER workout at HER pace and she was minding her own business (presumably). She shouldn’t have to worry about the jerk on the next treadmill judging her and her workout. (P.S. If the treadmill workout was a joke, you’re in control of your own workout. Turn it up a notch.)

On the other side of the spectrum, you’ve got jerks like this one, making fun of a mom at a soccer game for working out. If you missed that news, some jerky dad posted a picture online of a woman who happens to be Carrie Underwood’s trainer, basically calling her workouts during soccer games a cry for attention. Judging from the picture, it looks like the trainer is far from the forefront of the action doing a workout. She’s not in front of other parents; she’s well away from the field with a clear view of the players and the action. Good for her for multitasking! What kind of person even cares what someone else is doing if it’s not bothering anyone?

Have you ever run into these types of jerks? —Erin