Like so many of you, I have used sriracha the way some people use ketchup. It adds such a delightful kick to everything, from scrambled eggs to soup. But it’s also super-high in sodium, making it a no-go for me. When I read the food label on my beloved Rooster bottle, I was surprised to read the sodium count, then I was sad to realize I had to live sans sriracha. And then I got mad, because a life without Sriracha is not worth living, dammit.
Ah, but then my garden happened. 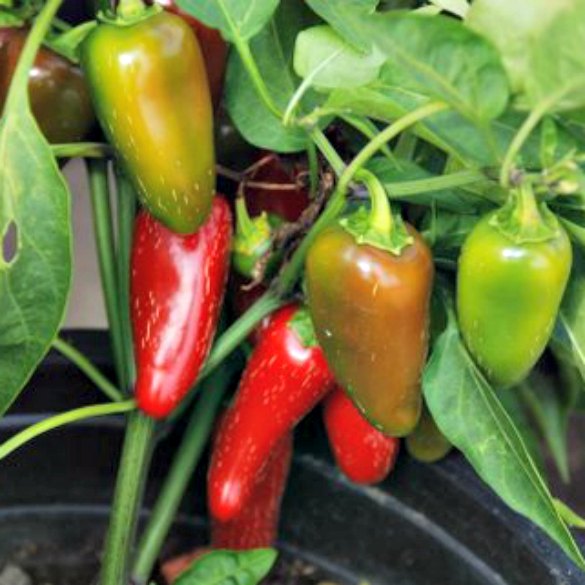 If you recall, last summer, my garden was outta control. I had more fresh fruits and vegetables than I could eat each day, which means I ended up doing a lot of freezing and canning. But after freezing a full gallon bag of jalapeños and making several dozen jars of homemade salsa and pickled peppers, I still had lots of peppers on the bush. Because they had been left for so long, they turned from green to red. I assumed the color change meant they were no longer usable — after all, I had never seen red jalapeños sold in the produce section of my grocery store. But, as I learned from my local garden center, that actually means they’re simply more mature. There are few differences, taste-wise, between red and green peppers, so they can be used interchangeably in any recipe.
But I still had a lot of them, and needed ways to use them up. When I googled “red jalapeño,” I was delighted to learn it was the primary ingredient in sriracha, and many (many!) recipes existed online for DIY variations on the best condiment ever.
Could I make my own low-sodium sriracha? As it turns out, yes. And it’s delicious. After multiple tweaks to the basic sriracha formula of peppers, garlic, sugar, vinegar and salt, I’ve found a blend that has all of the flavor and (almost) none of the sodium. To say I’m stoked would be an understatement.
If you don’t have red jalapeño peppers on hand, don’t fret. Most grocery stores sell Fresno peppers, a thinner-walled cousin of the jalapeño that is similar in size, spiciness, and sweetness. 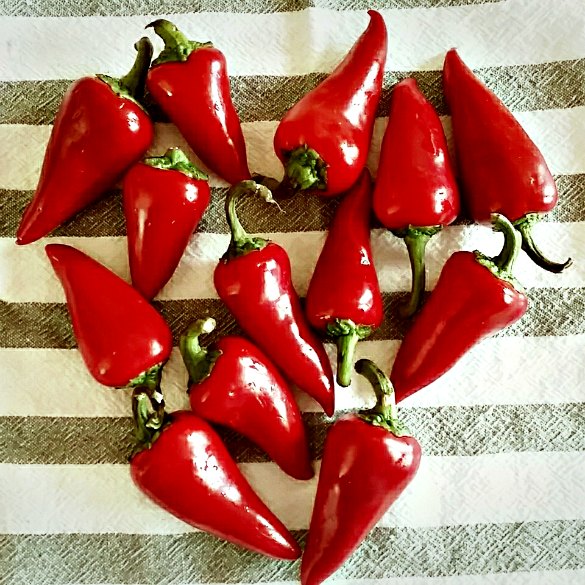 No matter what pepper you use, it’s important to prepare for the onslaught of heat to which you’ll expose your hands and respiratory system. When preparing this recipe, wear gloves and properly ventilate your kitchen while cooking the sauce (your hood vent should be fine, but if it’s warm enough to open a window, too, fresh air is definitely your BFF here). 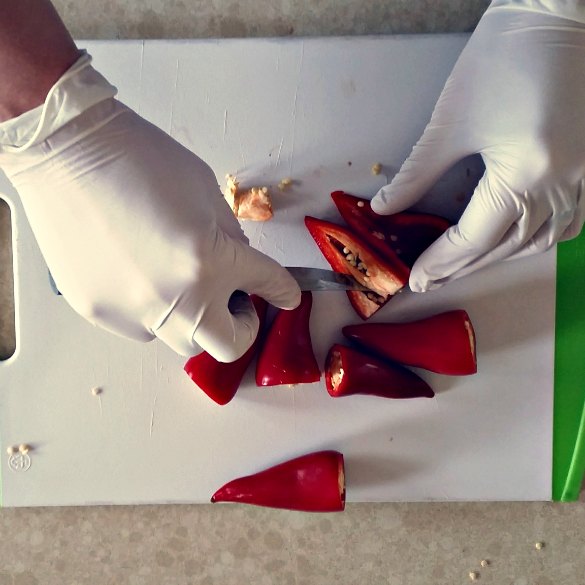 The recipe itself is very simple: Blend, then simmer. That’s all there is to it! 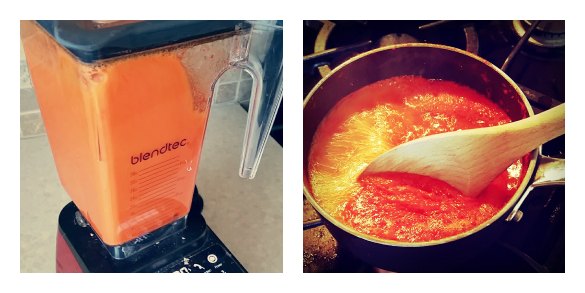 Go ahead, give it a try. Your taste buds will thank you.