Join me on my recent adventure to zen … (and, yes, that was a Fit Bottomed Zen plug right there. Our new site launches TODAY!) 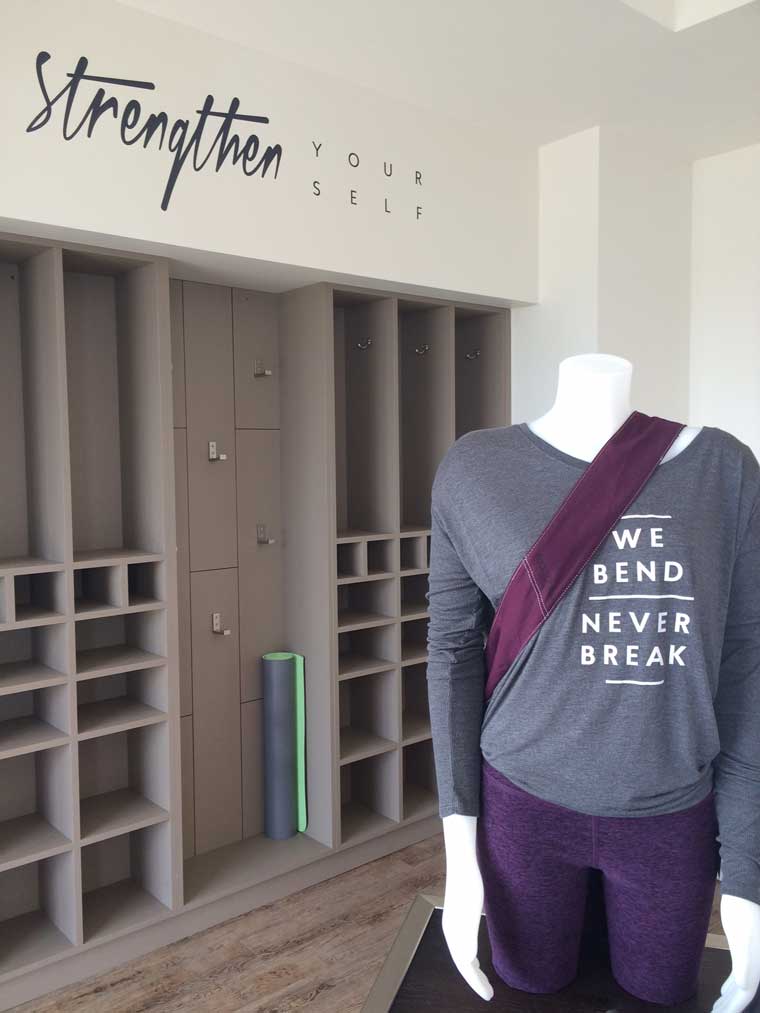 Yoga Six was a sponsor of Rebooty this past January, so they gave Erika and me the chance to come check out a class. With a one-year-old and the launch of a new site (Zen, Zen, ZEN!), I’d been pretty busy. But finally found — no made — the time. 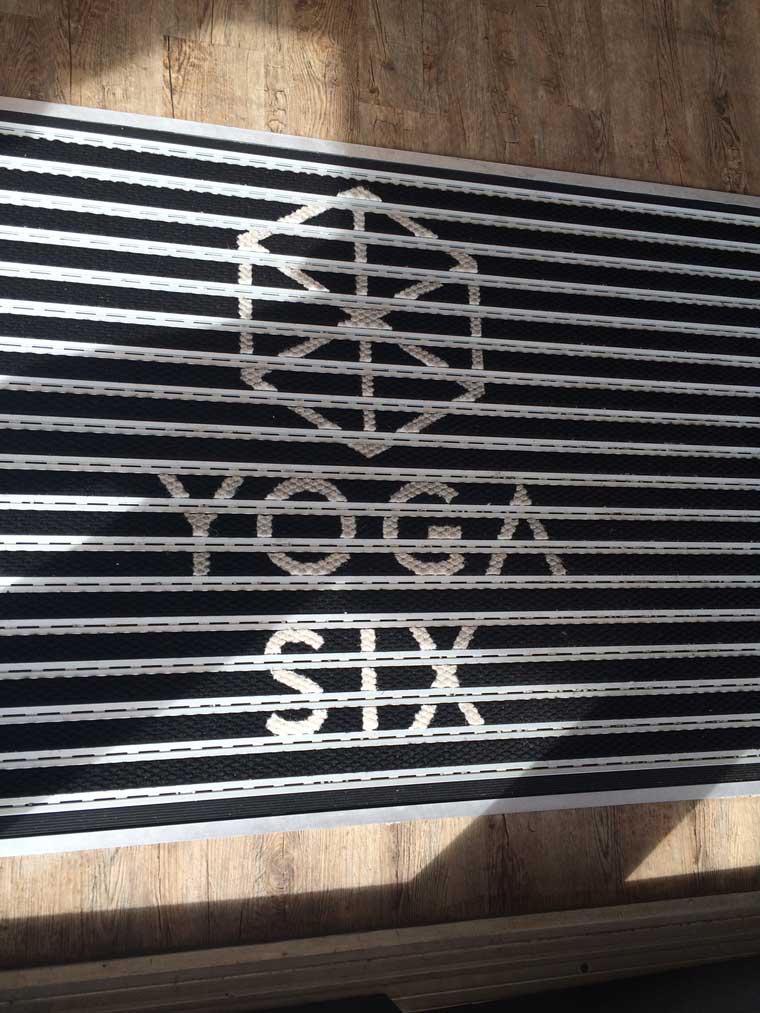 And I thought we were just doing a Power Yoga class over the noon hour. Turns out, once we got there, we found it was Hot Yoga.

Which gave me flashbacks of this workout with Erin.

So, I honestly, I had a few nerves going on. But, unlike that Bikram class Erin and I took, this room was only heated to 90 to 95 degrees. Which felt hot, yes, but not like crazy hot. Our instructor Nici introduced herself, helped set us up with the right gear (yay yoga blocks!) and asked us about our past experience with yoga — and how we felt about heat in general. To which I replied, “Err … ” 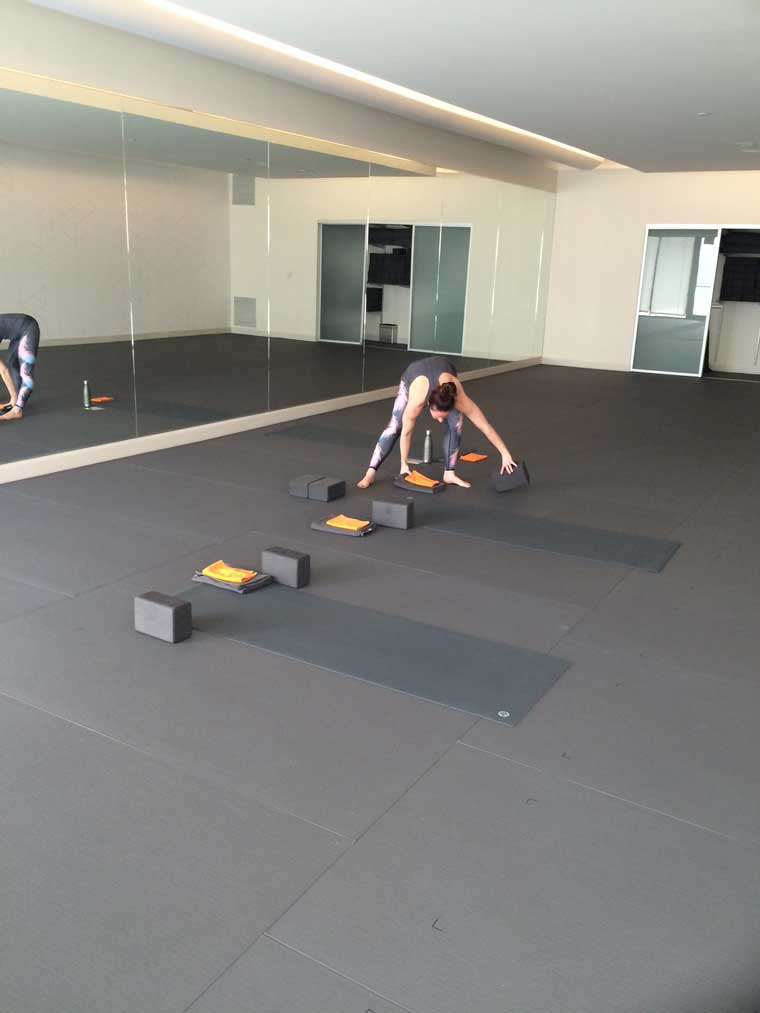 But, honestly, once we got into it, I barely noticed the heat other than sweating. Like my experience with Bikram, it allowed me to go into poses and stretches more deeply. Unlike Bikram, I never felt dizzy, stopped to guzzle water or looked at the clock. There were lots of flowing sequences that helped you to just connect to your breath and just be.

That’s not to say it wasn’t a great workout. It was a great workout. My arms were feeling all of the sun salutations the next day, along with my hilarious attempts at sideways crow pose (now that’s something to work toward) and my successful yet not-exactly-graceful flipping the dog pose (why had I not done that pose before?!). I also got a note from Erika the next day that said: “My limbs feel like they’re going to fall off.” Which I took as a good sign. Obviously.

I mean, just look at our before and after. Here Erika and I are with the lovely Yoga Six Leawood Studio Manager Tara. 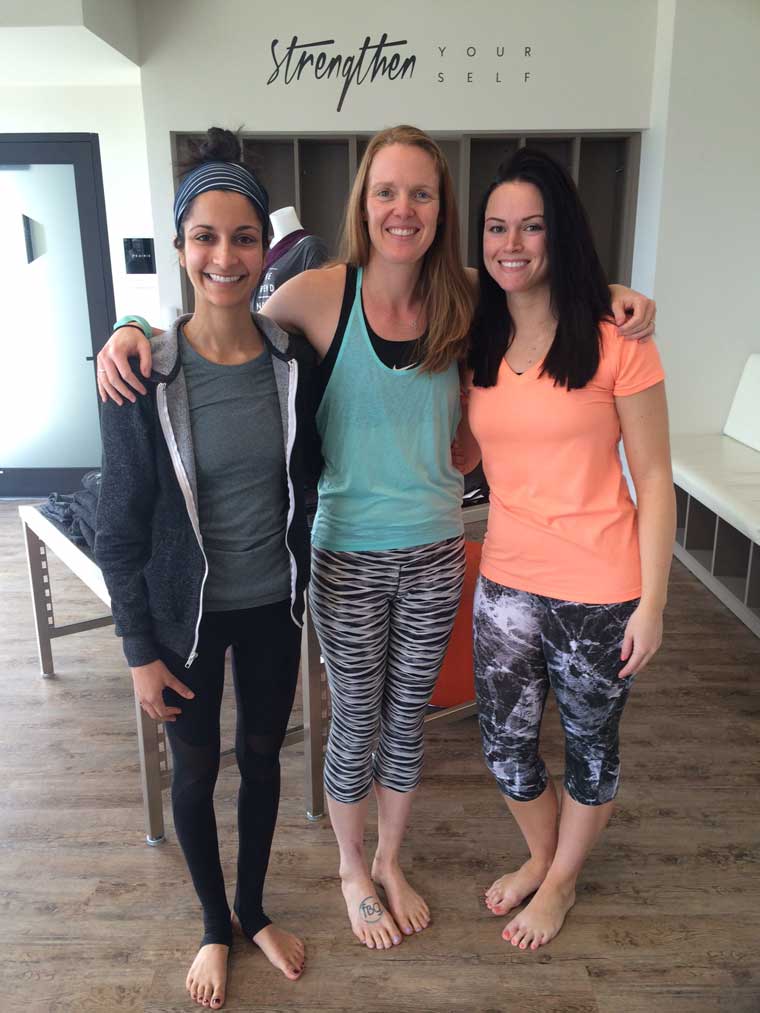 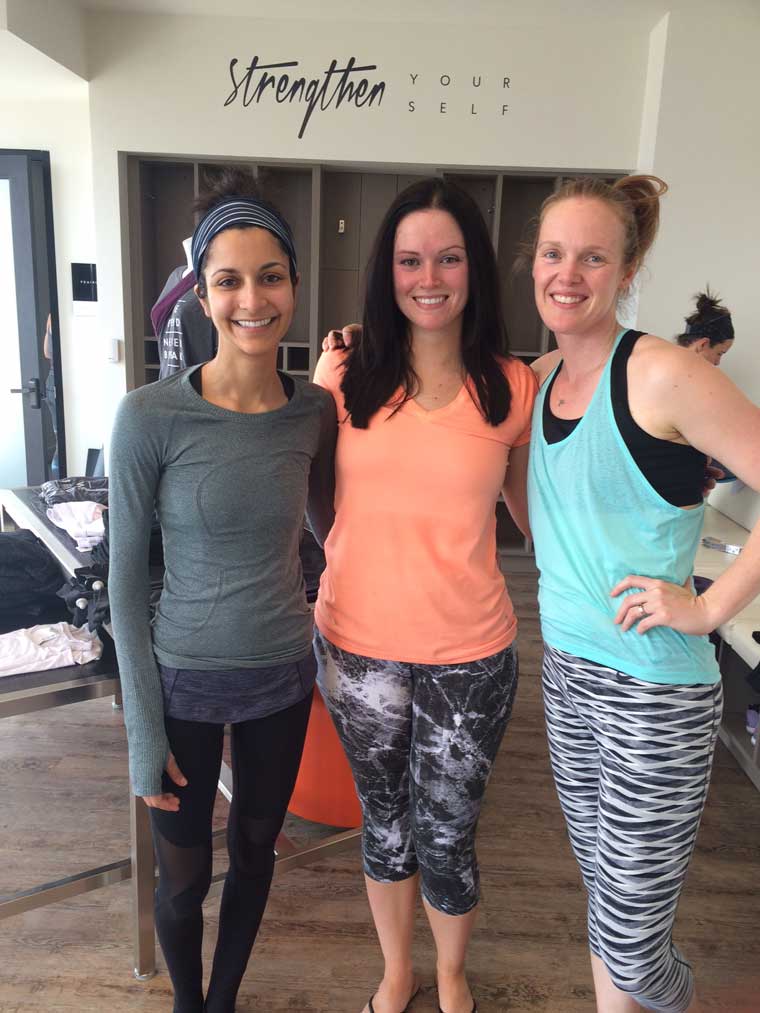 The entire studio is gorgeous, too. Everything in its design is intentional and functional. For example, no cell phones are allowed in the studios and classes start and end promptly on time. No distractions. I dig details like that. 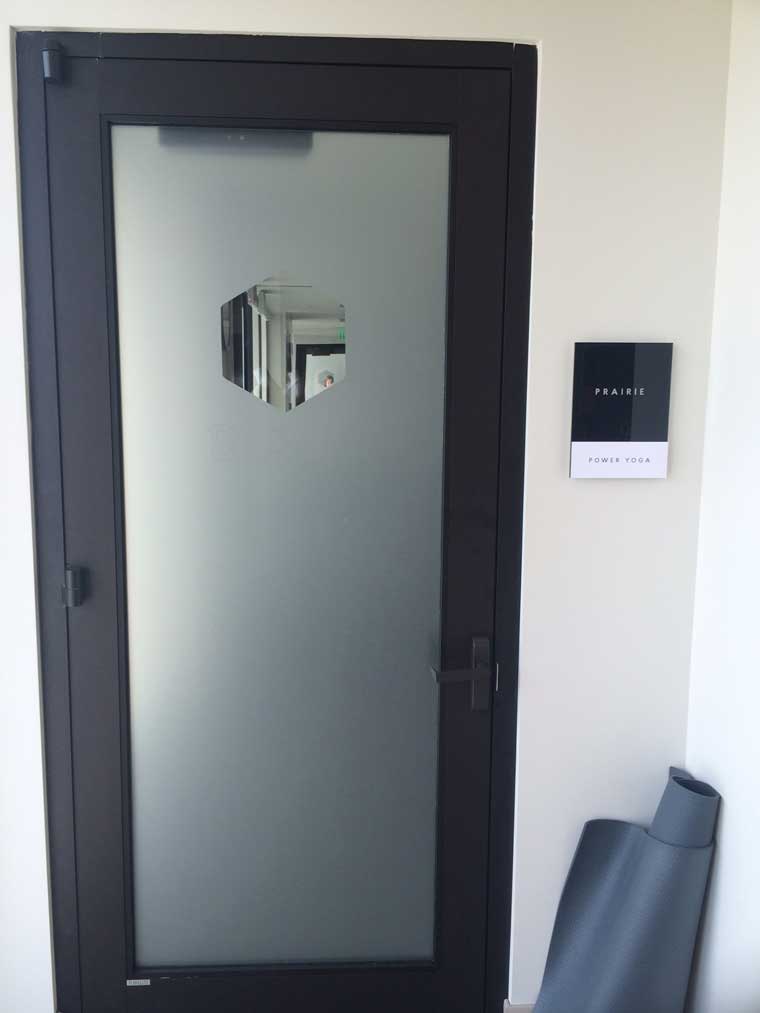 There’s a full and separate locker room for men and women, too. There’s no renting to do or lock-bringing needed. You simply set a code and go on your merry little yoga way. 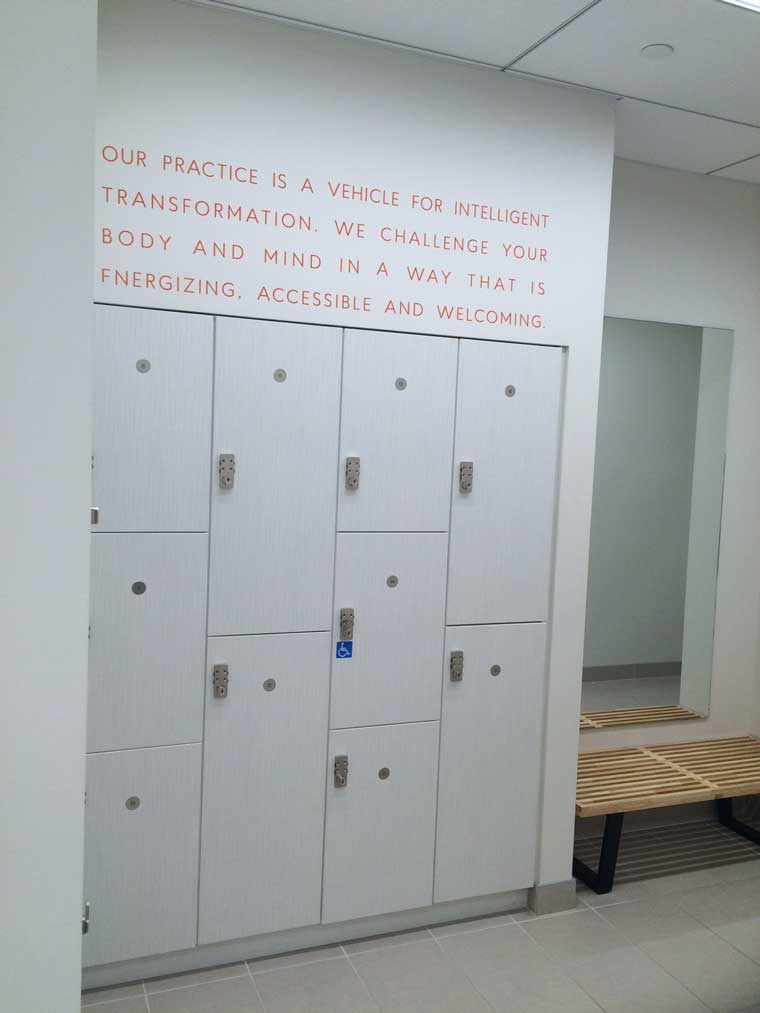 The locker room is stocked with anything you need — hair ties, tampons, razors. Tara said they basically like to make sure that nothing stresses you out when you’re there. So if you forget something, no biggie! They have it. 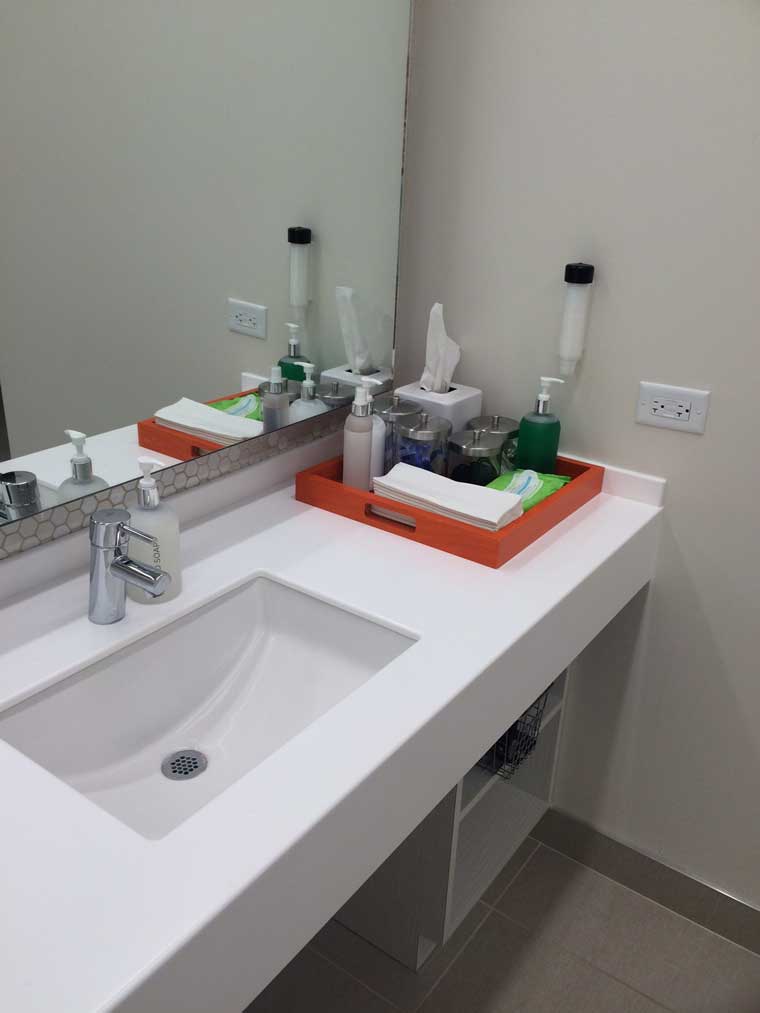 And, guys, there are charging stations for your devices in the lockers! How smart and convenient is that?! 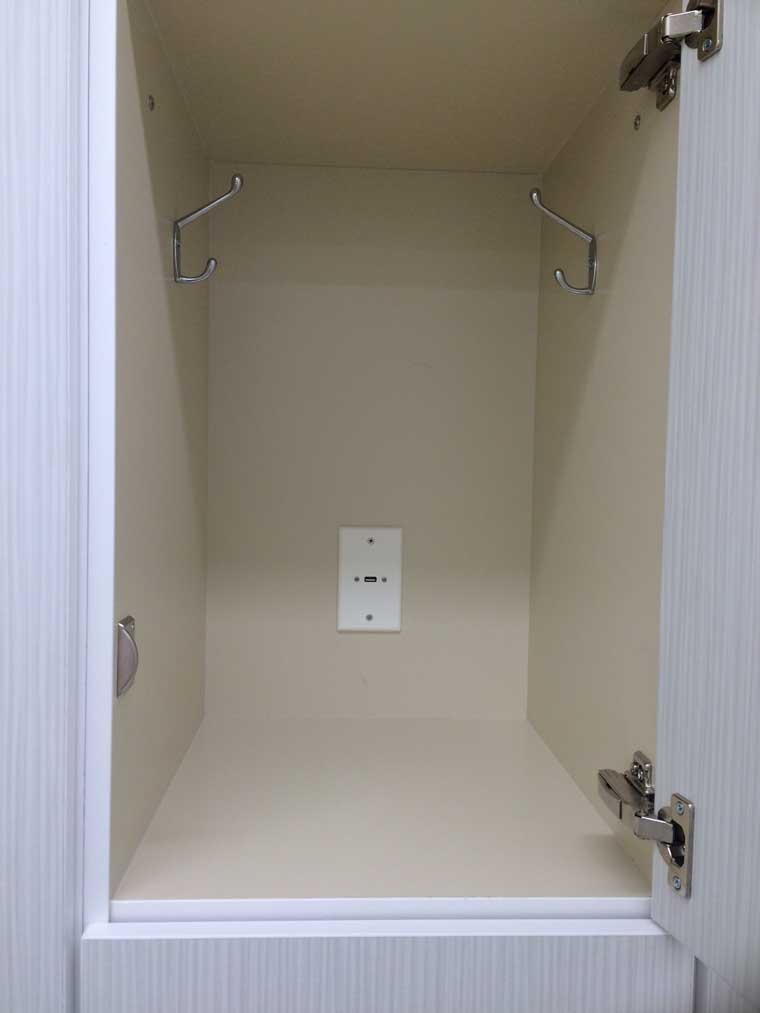 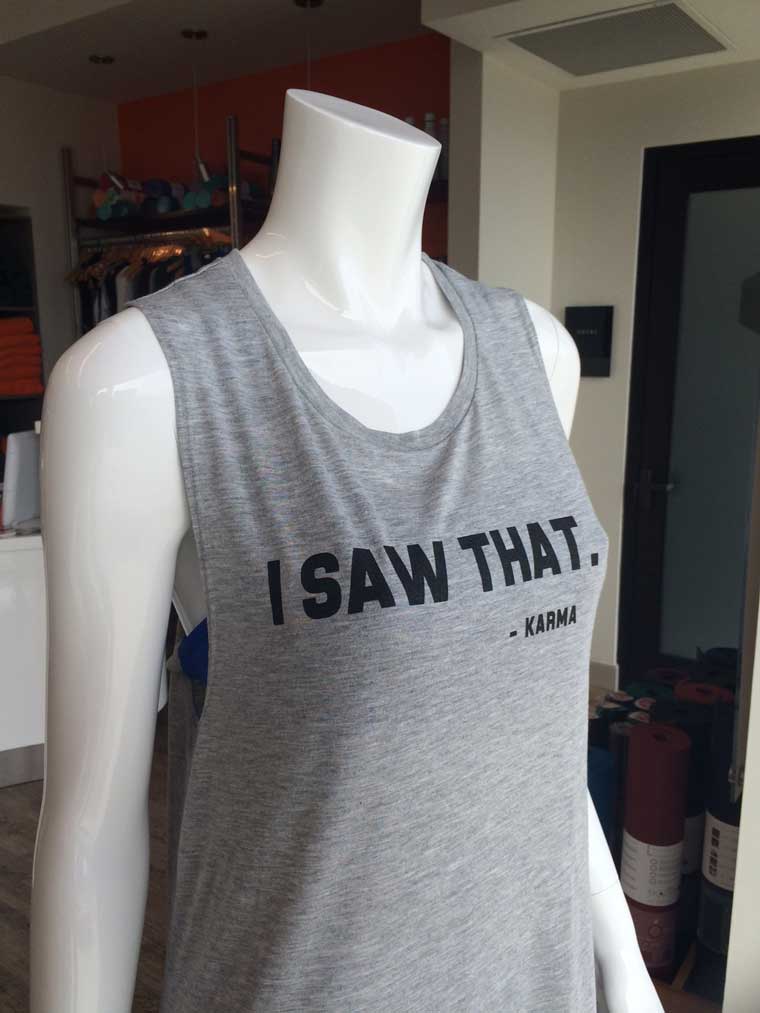 I need this shirt.

I really can’t say enough about my experience at Yoga Six. I’ve taken a lot of yoga classes at a variety of studios in my day, and it’s really, really awesome. Like, luxuriously awesome. Yoga Six really embraces the concept of helping you to strengthen yourself inside and out (which we totally dig). The goals of each class are to help you get stronger, live leaner, feel calmer, become clearer, be braver, and ultimately, progress further. And I have to say, we felt that way during and after class, so I can only imagine how regular class participants feel.

Yoga Six has locations in California, Illinois, Missouri, Ohio, Wisconsin and Kansas (where we were!). They have a variety of memberships available, and you can drop in for just one class or get a 10- or 20-class pass. If there’s one near you, it’s definitely worth trying. Hey, maybe Erika and I will see you there?

Have you ever been to a studio that made you feel all zen (final plug: ZEN!)? I mean, I GET hot yoga now. That says something! —Jenn