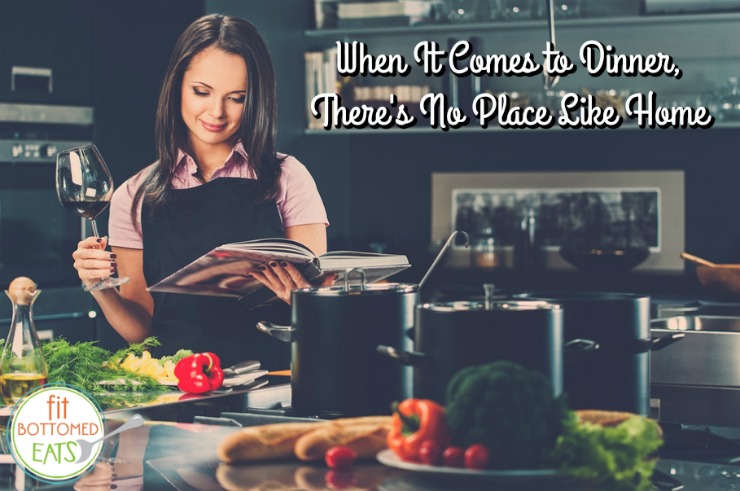 Seems like most of us are putting those take-out menus on the back burner — when it comes to dinner, at least.
Better Homes and Gardens has been compiling info on food patterns on more than 2,000 women, ages 18 and up, for the past quarter century and finds that 79 percent of women typically eat dinner at home five or more nights a week, with 80 percent saying that cooking is an important part of their lives. The magazine goes into detail on its long-term Dinner Report in its May issue, which is on newsstands now.
Have you been on Pinterest lately? Search for “dinner ideas” and you’ll pretty much never run out of meal help and hacks. Slow cooker, sheet pan, muffin tin, pressure cooker and skillet meals abound to help get dinner on the table with ease.
Nearly 60 percent of the women surveyed said they’re eating healthier than a few years ago, with 86 percent responding that they try and control the healthfulness of the meals they cook, which is a big reason for the home-cooking renaissance. Restaurant entrees can be a minefield of sugar, salt, fat and calories, and it’s much easier to control that at home.
And whipping up a healthy kitchen creation can be fun. More than two-thirds of the women surveyed think of cooking as a creative outlet, and nearly 75 percent experiment with new dishes, especially those with a global flavor. Nearly two-thirds surveyed like to cook regional or ethnic foods. Pass the sriracha! Many home cooks like to replicate the flavors they find at their favorite ethnic eateries and knock off some of the cost and calories. Noodle bowls (think pho, dan dan, and soba bowls) are especially popular.
Not only are global dishes hot, so is the farm-to-table trend — and you don’t have to go to some swanky restaurant to take part. Compared with just six years ago, an additional 5 million households are growing some of their own food in backyard gardens — anything from kale to tomatoes to a simple pot of basil on the porch.
Do you enjoy cooking? How often do you sit down to a home-cooked meal? —Gail