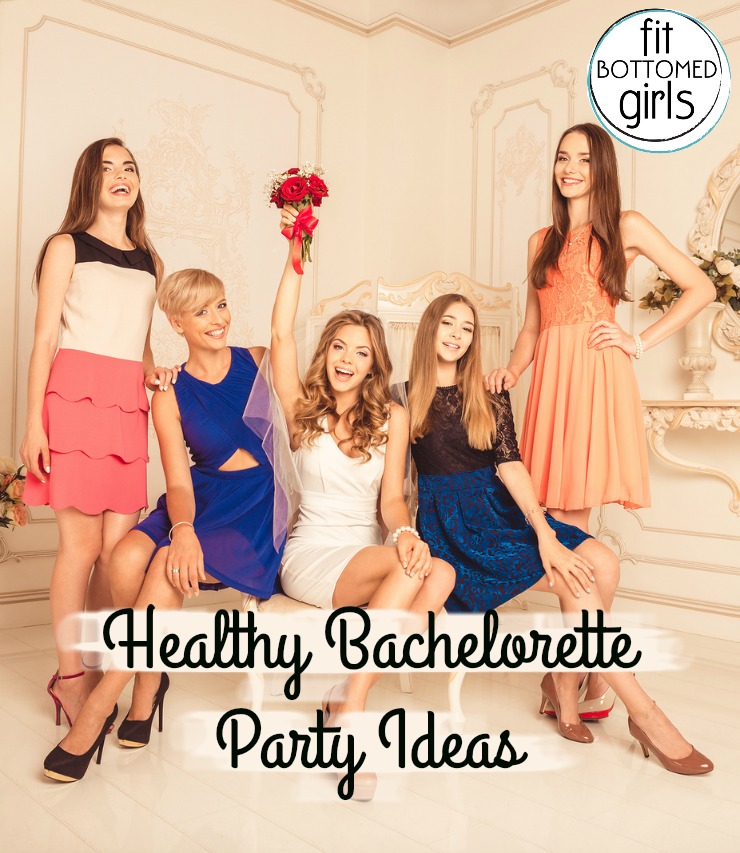 When a close friend is getting married, I’m more than happy to celebrate her upcoming nuptials in whatever way she wants. And, of course, that often means going to a lavish (and overly indulgent dinner), hitting a few bars or going out to a club, maybe taking a shot or two, and, almost definitely dancing like crazy and staying out way too late.

Is it fun? Hell yes! But it’s maybe not the healthiest bachelorette party option.

Those celebrations are a lot of fun, but there are plenty of other crazy awesome bachelorette party ideas out there that don’t necessarily involve copious amounts of booze.

For the Competitive Bride

She plays to win, and that’s one of the reasons you adore her. So, why not set up a tournament in her honor? Set up an unofficial doubles tennis (or beach volleyball!) tournament and meet at the courts on a weekend morning, or get some folks together for a round of golf. Bonus points if the teams come up with goofy names and awesome uniforms!

For the Bride With Pre-Wedding Wanderlust

Instead of a weekend jaunt to Vegas, get the gals together for a retreat that focuses on health, well-being or an activity the bride loves? There are tons of awesome yoga retreats out there at a range of price points, but you can also go to surf camp, spend a weekend skiing, cycle in wine country … I mean, if there’s something that the bride enjoys, chances are VERY good that some company offers a retreat doing just that. Seriously — do a quick search of the activity you have in mind, the location that works for you, and “women’s retreat.” It’s that easy to get started!

For the Bride With Team Spirit

Put a team together for a race, then make the race weekend all about the bride. Bonus to this one — even if you’re all in different parts of the country (or the world), sharing details about your training as you build miles will help you all bond. Something like the Destination Races Wine Country Half Marathon series (which, btw, I’ll be running this August with a few friends in Oregon — join me!) gives you a great opportunity to run a gorgeous race in an area that offers far more than just a road on which to get in some miles. You might even consider doing something like a Ragnar relay race, where everyone on the team runs a few legs over the course of a day or two. You’ll spend a lot of time together, everyone gets to run her own pace, and you truly finish the event as a team.

When the bride in question is part of a group that includes men and women, the traditionally girly bachelorette party set up might not quite fit. Really, any of the ideas above could easily be adapted to a co-ed celebration, but if you’re trying to find something maybe a wee bit more testosterone-laden, how about getting a group together for a day of paintball? Or, if you have enough people for two teams, have a big softball game!

Have you ever been to a less traditional bachelorette party like one of these? If I were to go back and do it all again, I think I’d definitely go the active route! Although, to be honest, with the amount of dancing I did at mine, I guess you could consider it a fairly athletic night. —Kristen