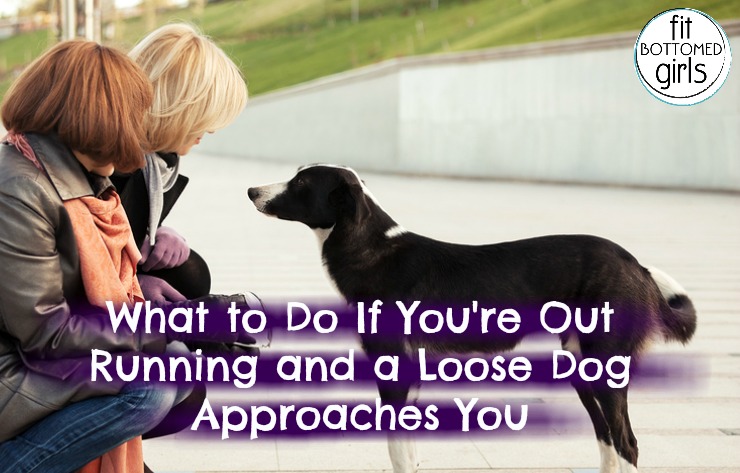 I remember my grandfather telling stories of how he’d be out running and a loose dog would approach him and chase him — I believe he even got bit once. Thankfully, I’ve never been in a situation like that when out by myself running, but my dog has actually been approached and even attacked by an off-leash dog before. And let me just say, it is a freakin’ scary situation. And if you aren’t sure how to deal with a loose dog appropriately, things can escalate in a really scary (and fast) way. Which is exactly why we wanted to get the scoop from Bryan Bailey, nationally recognized and award-winning animal behaviorist and author of Embracing the Wild in Your Dog, about what exactly you can and should do if a loose dog or animal approaches you while you’re out running or walking. His tips could seriously save your life!

What to Do If a Loose Dog or Animal Approaches You

If you run in the United States long enough, you will, most likely, encounter an aggressive dog. The dog may be a stray or one that has escaped the constraints of its yard or one that was connected to a very poor handler. Regardless of the reason, there is one do and three don’ts when dealing with a dangerous dog bearing down on you.

Let’s start with the one do:

Freeze! If an aggressive dog is charging you, stop running and immediately FREEZE! Stand with your legs together and your arms folded up on your chest, and keep your eyes on the horizon and not on the dog. Staring is the first level of aggression among wolves and dogs, so don’t stare at the dog and entice it to move to the next step. Trust me: you will know exactly where the dog is. By not moving, you suddenly are no longer a threat, an opponent or prey to the dog. Instead, you’ve become a human tree. I have had to perform this “tree imitation” twice. Once while running and the other while hiking. On both occasions, the attacking dog did not bite me and ended up only lifting his leg and peeing on me. At the end of the day, it was much better wiping off the pee than my blood. 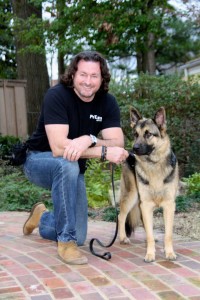 Don’t run! Dogs (domestic wolves) are the descendants of gray wolves who are chasers and not ambushers. Wolves will often run their prey to near exhaustion before making contact. This makes the killing much safer for the wolves because their prey’s fatigue leaves them unable to put up much of a fight. Wolves will also run down alien wolves discovered on their territory to protect against poaching. In either case, chasing is the modus operandi, and this predatory instinct will become activated in the aggressive dog you encounter if you run. You may be an above-average runner and think you can outrun the dog, but the average dog will run you down in seconds. DON’T RUN!

Don’t yell at the dog: Yelling at a dog that is threatening you will not deter it, but rather, encourage its advance. Back to the wolf again, most herbivores or ungulates will cry out when a wolf is running toward them. They do this to warn the young and other members of their herd of the impending attack. Yelling, like running, will activate the predatory instinct in the aggressive dog and motivate it further to attack. If there are other humans nearby, it may be worth the risk to yell, not to the dog, but for help. In the event you are attacked and bitten, those other humans could come to your rescue.

Don’t fight back: If you ever find yourself in the horrifying event of being mauled by a large dog(s), DON’T FIGHT BACK! It may be instinctual to defend yourself, but you will have to suppress that instinct and not fight. For a wolf, until the struggling prey is dead, the job’s not finished, and this means the same for the dog(s) attacking you. Instead, do your best to curl up into a tight fetal position with your hands and arms covering your head and neck, and lie still. By doing so, you will be playing “dead” and the attacking dog(s) will cease their attack and go about their business.

Have you ever been out for a run and been approached by an aggressive or loose dog? What did you do? I feel really lucky that I live in an area with really responsible pet owners (and really sweet pooches!), but knowledge is power. —Jenn