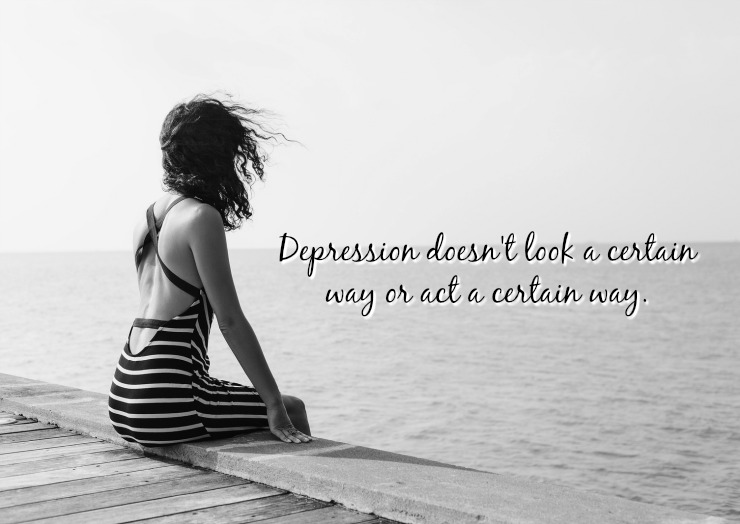 I tried to kill myself when I was 18.

I’ve never admitted that. I remember it vividly. I was in an emotionally and sometimes physically abusive relationship. We had just broken up and I was on the phone with him crying and screaming about how I just wanted to die. The other end of the line was silent. All of a sudden, I hear a ton of people laughing hysterically. He put me on speakerphone, on mute, while I spilled my heart and soul to — what I thought — was just him. That was my breaking my point.

I went into the office and started to play Sarah McLachlan’s I Will Remember You. I grabbed a pink, leopard scarf from my closet and wrapped it around my neck. I tied the other end to the doorknob and threw the scarf over the door. I stood on a chair on the opposite side and started to lean forward until I could feel my airway being restricted. I don’t know how much time had passed, but during that short period of time, all I could think about was how pointless my life was, how I was just a waste of breath. I then panicked when I started to feel light-headed and I released the pressure. I don’t remember anything after that.

It wasn’t until four years later I realized I had spent almost half of my life suffering from a mental illness.

As a teenager, I would come from home school and go straight to sleep. I’d wake up around midnight, eat something and then fall back asleep — sometimes unable to wake up until 10 a.m. or later the next day. I was sleeping my life away. I felt I had no purpose, saw no future, and my self-esteem and self-worth was depleting significantly day by day.

Today is one of those days. I feel hopeless, out of control, like I’m sinking and no one is going to save me. An overwhelming sense of sadness that just consumes me. I had a perfectly fine day. I worked this morning, cleaned and got to spend time with my nephew who is everything to me. I was happy.

Now, I’m sitting in my room — crying. I feel like I have no friends and no one to talk to. If someone were to ask me what’s wrong, I wouldn’t know how to answer. I ask myself what’s wrong, and I still don’t know.

I take Lexipro and Wellbutrin daily and have tried Xanax and Valium for moments like this. They worked for a while but then I would avoid taking them in fear of becoming addicted.

The hardest part about my depression is I can’t explain it. I have perfectly loving parents who have treated me like their little princess my whole life. I’ve had everything I could ever need. So when people see that and then you tell them you’re depressed, their immediate response is, “What do you have to be depressed about?” People have no idea the impact such a small statement can make. That statement alone makes me feel stupid, irrational and like a huge disappointment.

I am better now since I started taking antidepressants, but I don’t want to spend the rest of my life having to rely on medicine. I know the next step for me is to see a therapist. And there’s a quote by Kerry Washington I will never forget — it completely changed the way I look at psychotherapy: “My brain and my heart are really important to me. I don’t know why I wouldn’t seek help to have those things be as healthy as my teeth. I go to the dentist. So why wouldn’t I go to a shrink?”

I obviously still have my days where I struggle to get out of bed and you won’t find me openly talking about it in person. I’m not to that point yet … and that’s okay. This will be something I struggle with the rest of my life — it may get better, it may get worse. Time will tell. It’s important that we understand that depression doesn’t look a certain way or act a certain way. Everyone deals with it in their own distinctive manner.

There is no room for judgement — only compassion.

If you, or anyone you know, is struggling with depression, please reach out. If there’s one thing I discovered in the few times I’ve spoken about my depression, it’s that more people struggle with the same mental illness than I ever imagined. I promise you, you are not alone. —Erika