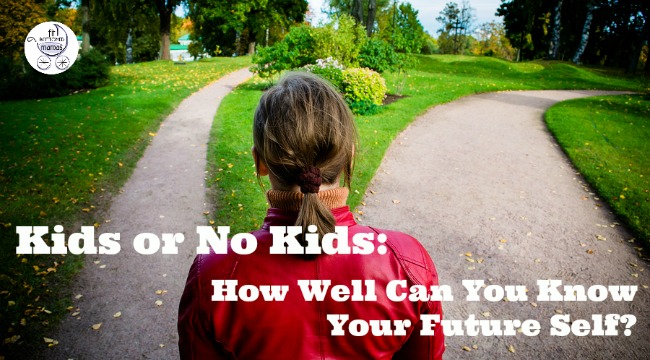 What was your doctor’s response when you first told him or her that you were going to start trying to get pregnant? I imagine it went something like this:

“I hope it happens quickly!”

“Call me when it happens!”

I’m guessing it wasn’t something like: “Are you sure? Do you know what you’re getting into? Do you think you should wait a few more years? What if you change your mind?”

Or perhaps you didn’t even tell your doctor, but instead made the prenatal appointment once you saw that positive pregnancy test. You were likely greeted at that first appointment with a hearty congratulations, a bag full of baby product coupons and a huge information packet about what to expect.

But when women without children tell their doctors they don’t want kids, ever, and want to permanently prevent unwanted pregnancy, they’re met with skepticism. They’re met with “Are you sure?” and “What if you change your mind?” They’re met with refusals to perform surgeries and recommendations to come back later.

Kristen, who doesn’t want kids — hasn’t ever, won’t ever — shared this article with Jenn and me and it started a great discussion. She asked us what we would say if she told us she wanted to have surgery to prevent a future pregnancy. Jenn was in full support. I was too, with a caveat. I said even though I knew her, and read her posts about it, and knew that she didn’t want kids, part of me in the back of my mind was saying, “But what if you change your mind?” Because you do hear of the woman who didn’t want kids who woke up one day and was like, “Nope! I was wrong, I think I want to do it.” It might not happen often, but it does, and I think that’s the ounce of doubt that creeps in.

It makes sense in a lot of ways. It’s relatively easy to prevent pregnancy without taking permanent measures, even if those measures can be costly and annoying. It’s also much more difficult to undo a surgical sterilization once it’s done.

But the child-free shouldn’t feel that all the doubt is being cast on them because of their choice to remain sans kids. Because even at 35, with three kids and a lot of certainty that I’m done having kids, my OBGYN still wanted to proceed with caution when it came to my husband and I taking permanent measures. Last year, she said, “You’re still young, anything can happen.” This year, she said, “You’re young-ish,” which made us both laugh. Her point being — life happens, divorce, remarriage — and you “never know.”

Kristen later told us the key detail that made me trust her decision, if she should make it, completely: She told us that when she talks to a woman who is planning to have kids, her instinct isn’t a congratulations — it’s an “Are you sure that’s what you want to do?” Which made me realize that we’re all coming at the issue from our own perspectives. My perspective of doubt when told someone doesn’t want to have kids? I once felt that I might not want kids. Sure, I was like 20, but I couldn’t fathom ever being mature enough to go down that road. Then my nephew was born and later my niece, and I couldn’t wait to have some of my own. I came from a place of doubt about having kids to a place of certainty about wanting them, and then to a place of certainty about having three after considering stopping at two.

I think in part, it can make people uncomfortable when they see someone taking a completely different path than their own. If I have kids, why doesn’t she want kids, too? What’s wrong with that path? We need to remember that nothing is wrong with either path; they’re just different paths. (One is filled with many more bodily fluids.)

How well can you know your future self? How well can you ever know what you might want down the road? Those are questions both the child-free and the ones who want children have to answer with a huge degree of certainty. You can “never know” for sure what will happen in the future, but at some point you have to trust yourself and take a leap of faith.

How did you know for sure you wanted kids? How did know you didn’t? —Erin