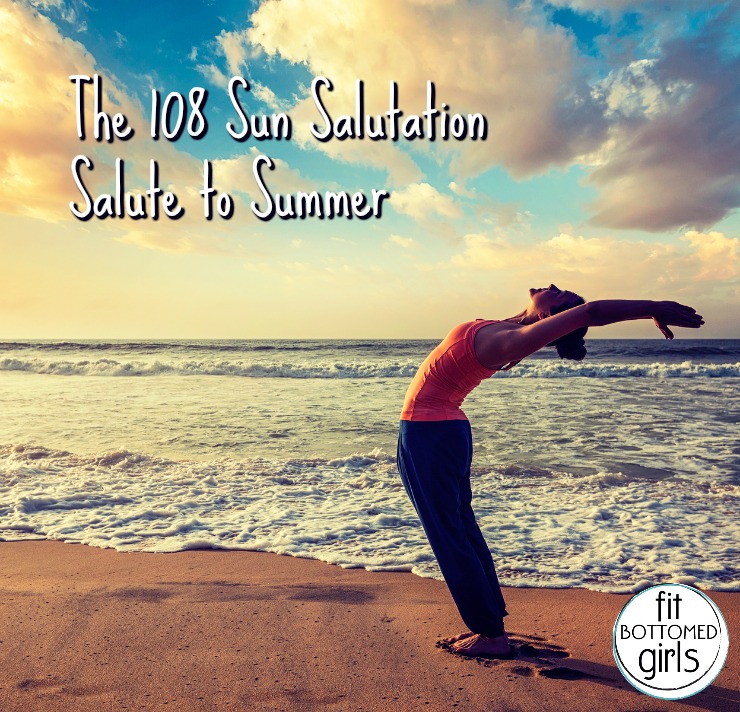 Born under the astrological sign of Leo, I’m a sun worshipper by nature and adore the season of summer. Long day, warms nights, beer, baseball, barbecue — seriously, what’s not to like? When my yoga studio offered a special class to welcome the season, I was all in.

The class format was simple, consisting of a single sequence of poses: surya namaskar or the sun salutation performed multiple times, 108 times to be exact.

Bring on the Sun Salutations

The reverberation of a single gong signaled the start of the 90-minute practice and we were off. I closed my eyes and easily dropped into the repetitive movements, thoroughly enjoying the meditative quality of the ritual. In no time, the instructor signaled we had completed the first twenty-five.

As the class progressed, I continued to bend, plank, dog and jump, confident that the next cue was just around the corner. I almost made it, but collapsed into child’s pose somewhere in the mid 40s.

After a short rest, I returned to mountain pose, took a deep breath and continued on my journey.

The next 25 were grueling. I lost my concentration and was forced to take two more breaks. There was nothing in the room to use as a distraction — no music or clock to mark the passage of time. I dug deep and kept moving.

At 75 I got a burst of renewed energy. I would finish this thing even if I went mad in the process. When the instructor announced the 100 I could have jumped with joy. I don’t even remember the last eight.

That night I didn’t feel renewed and in sync with nature. I felt whooped. My limbs felt like lead weights, and I had had little sores on the tops of my feet from all of the upward-facing dogs.

Next year I will celebrate the solstice the old-fashioned way. I’ll crack a beer and watch the Boys of Summer do their thing. By the way, there are 108 stitches on a baseball, so there.

Have you tried this summer solstice ritual? Love it? Hate It? —Karen