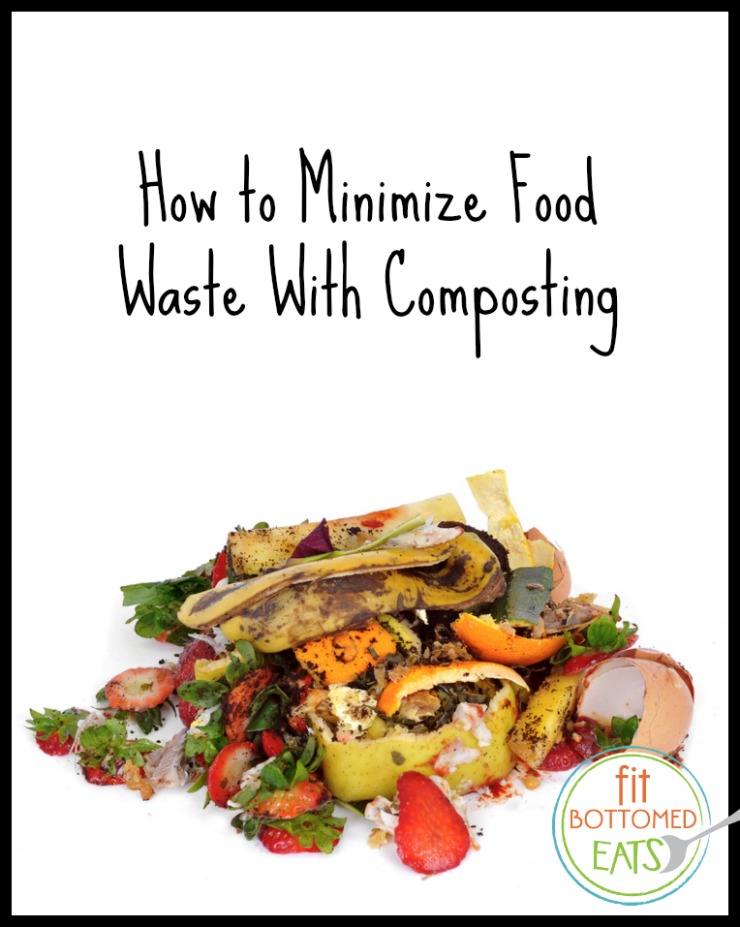 The only time my thumb has been anything resembling green is when I’ve painted my nails with Mojito Madness. I tried growing some herbs, once upon a time, and … well. I started out quite hopeful, and a few things actually grew, but not enough to be of much use.
However, despite the fact that I don’t garden — like, at all — I am an avid composter. It’s not because I need the actual compost for anything, but I can’t stand all the food waste that goes in the garbage otherwise. You guys would not believe how big a difference a little bin on the counter and a tumbler in the backyard makes. Between banana peels, apple cores, coffee grounds, carrot ends and more, I think we’ve cut out at least a bag of garbage a week. Really!

How to Minimize Food Waste With Composting

Now, there are a few things to keep in mind if you decide you want to begin composting, even if it’s only to diminish food waste and you don’t care all that much about the resulting compost (like me).
First, you should have some sort of receptacle handy in the kitchen for containing your food scraps. It can be anything, really, but if you’re not likely to take it out immediately after adding your food, I strongly recommend opting for a container designed to control odors (like the one I have). Alternately, you can pop your scraps in the freezer to quell the smell until you’re ready to take it out.
Oh, and about those scraps — you can compost more than just fruits, veggies and coffee grounds. While you want to avoid composting meat, dairy, grease and oils, you can throw bread, grains, old spices, egg shells and more in.
Once you have your scraps rounded up, you’re ready to take them out to your compost pile or bin. I’m not about to advise you on how to do a proper pile, but I have had two types of bins and feel strongly that, if your budget allows, your best option is a tumbler. A standing bin (homemade or store-bought) is easy to set up and can be tucked into a corner of the yard, but you have to open it and dig in with a shovel or hoe to mix up the materials — that’s not a huge deal, but it’s not the most pleasant chore in the world. A tumbler (like this) costs a bit more and takes up a bit more space (or at least my current one does), but it locks shut and can be spun around while closed. Super simple, no muss, no fuss, no crazy amounts of flies buzzing around in your face.
And, if you’re worried about it filling up quickly, don’t be. The contents break down in no time, even if you’re adding things on a daily basis. Trust me.
One of these days, maybe I’ll try gardening again. But in the meantime, I’ll just keep adding to my tumbler and appreciating how little food waste I’m having to toss in the garbage!
Have you ever composted? If not, what’s holding you back? —Kristen