Well, this is embarrassing!

Pretty much everybody knows it’s important to work their core, but do you know what muscles make up the core? Or, am I the only one who missed the lecture? 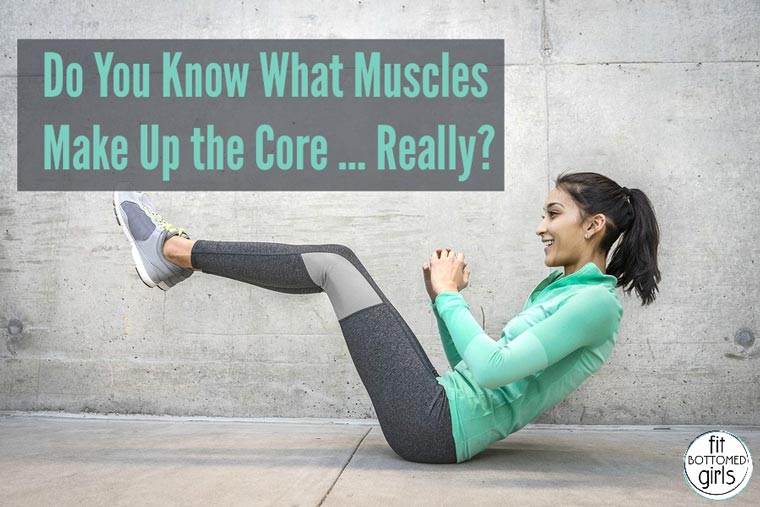 I knew it involved more than the rectus abdominis, those muscles that create the much-desired six-pack; and I’d heard the term transverse abdominis thrown around enough to figure it encompassed muscle tissue deep inside the body. I also correctly assumed it had something to do with the back, but geez, the core is practically the entire freaking body!

The core also involves the tiny muscles around the spine, the lats, the glutes, the hamstrings, the adductors and the muscles of the pelvic floor. It extends from your chest all the way to your upper thighs; your hip flexors are an extension of the core, as is your diaphragm. Basically, we’re talking everything except those parts that dangle: the head, arms and legs! No wonder it is so important.

Thankfully I have been working it, although I didn’t quite grasp the full picture or the importance of a strong core.

The core is your center of power. Everything we do gets easier if we have a strong core; from barbell curls to balance to carrying groceries. If you want to improve your squat, improve your core! A strong core provides stability to the spine and protects the body from injury. It will also give you great posture!

Forget those crunches and work the whole enchilada instead. You don’t need any fancy equipment to whip that core into shape. Planks are a no-brainer when it comes to core work and can be done daily in the comfort of your own home. (Beginners aim for two or three times a week.)

What’s your favorite core exercise? I like to target my abs and hip flexors by doing straight leg lifts on a Roman bench. Try holding one leg at 90 degrees while you alternate lifts. Killer! —Karen