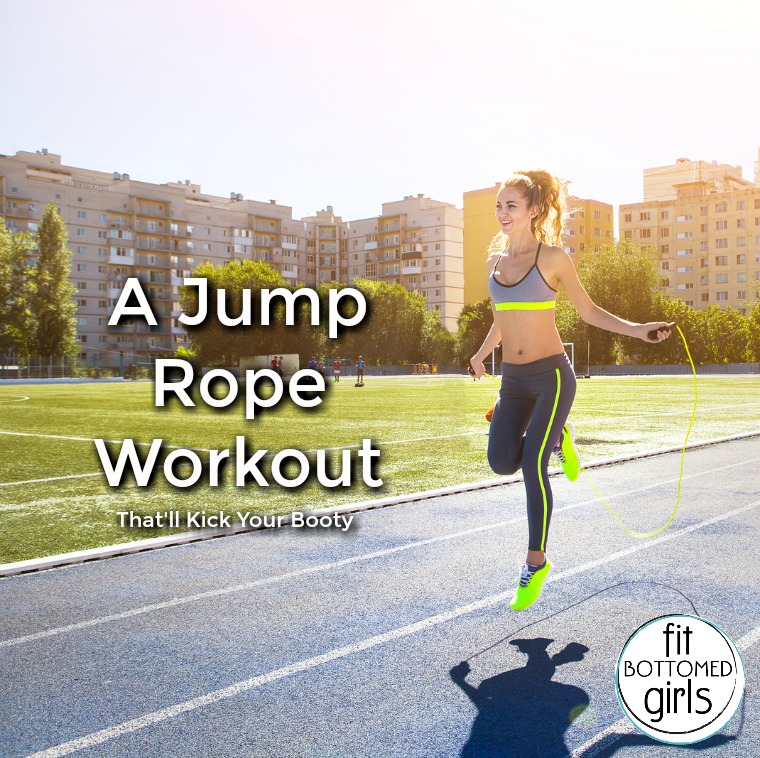 Ever since I did the Throwdown and had my ass handed to me by double-unders (and lots of other awesome things, but double-unders were up there), I’ve been more and more aware of how I probably need to — ahem — work on them if I want to be better at them. But the idea of just busting out huge numbers of double-unders as a kind of specific jump rope workout honestly makes me a little whiny.

And then Crossrope sent me an email, asking if we wanted to review its new (well, since our last Crossrope review) Infinity Starter Set that includes interchangeable handles and both a 1-pound heavy “Intensity” rope and a 1/4-pound heavy “Agility” rope. The ropes can be used anywhere — inside or out (yay for that!) and it retails for $69. And I was all like, Crossrope: get out of my brain. How did you know I needed jump rope inspiration? 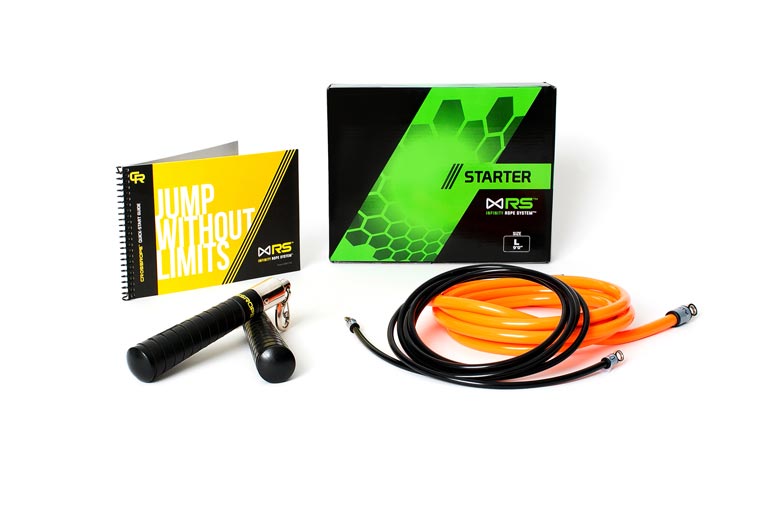 Because, besides the jump rope system just being plain awesome (quality that holds up and the interchangeable handles are a really cool way to switch between jump rope weights easily — and without owning more gear than you have to), the kit also comes with a suggested jump rope workout. Which totally lit a fire under my jump-rope loathing butt. In a really, really good way.

First, a few dos and don’ts on form, courtesy of Crossrope. 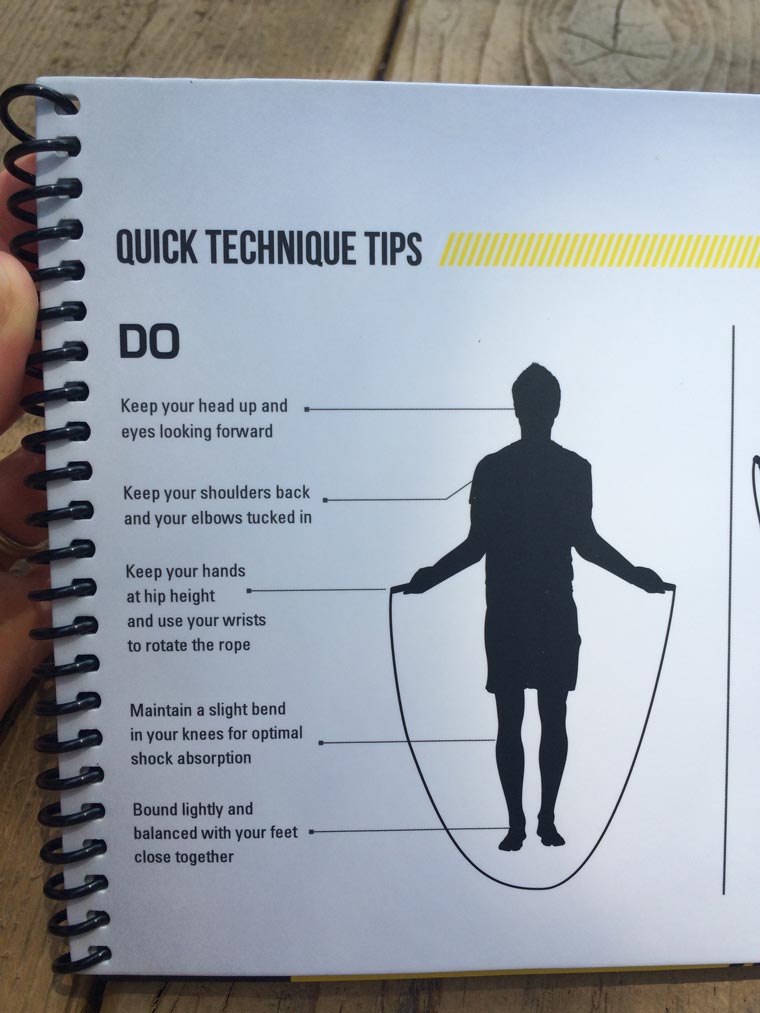 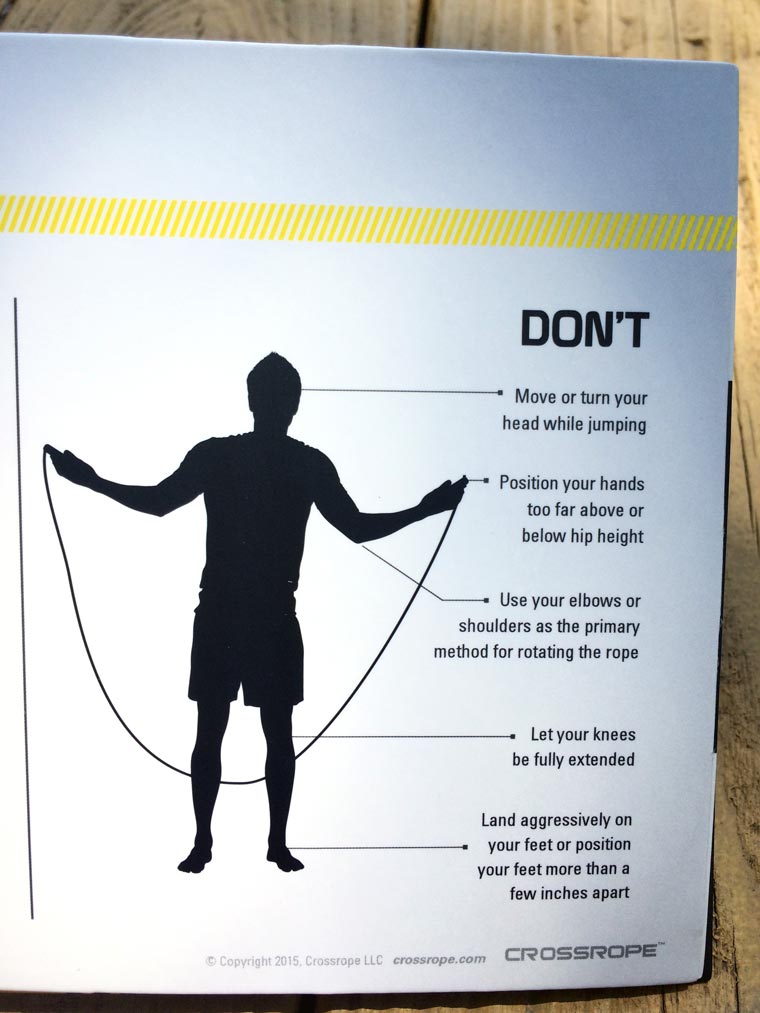 Now, here’s the actual jump rope workout I’ve been doing with some pointers. It may look simple, but don’t let its simplicity fool you. It’ll get your heart rate up and your arms burning, hella quick. 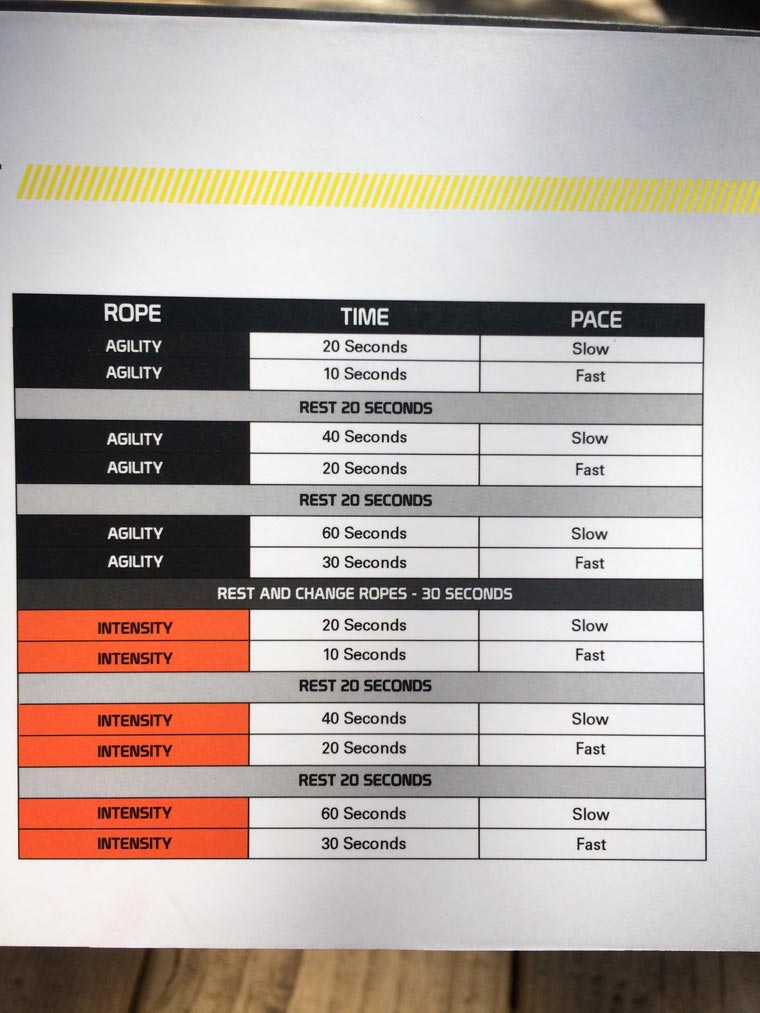 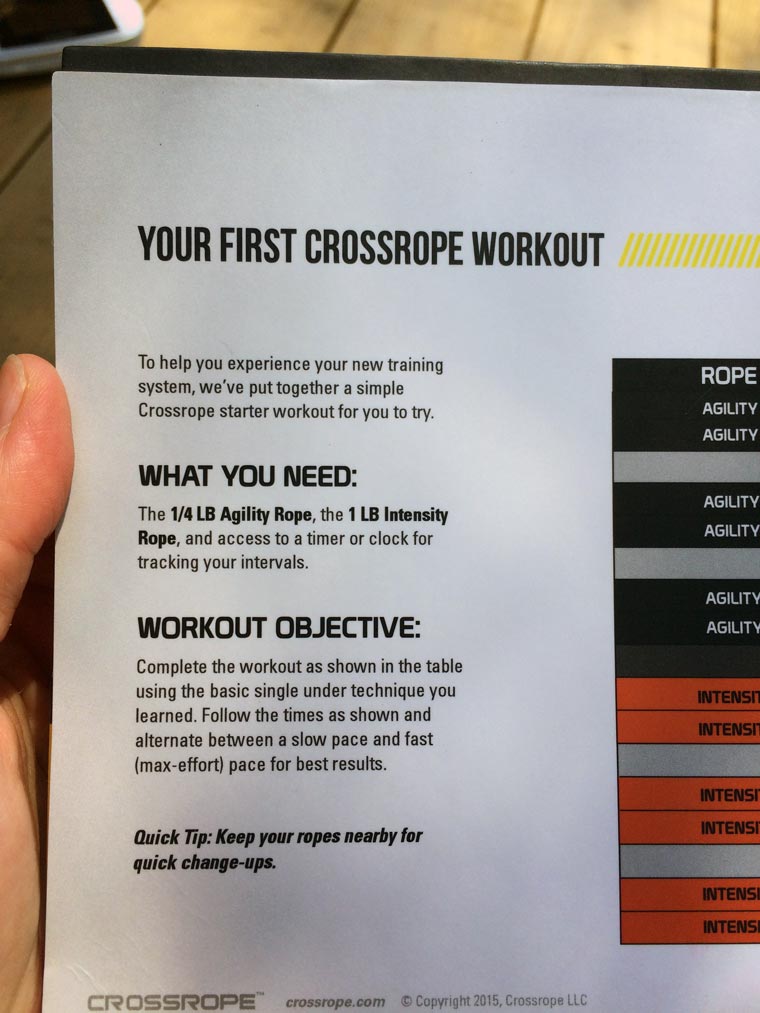 A few extra tips on this jump rope workout … 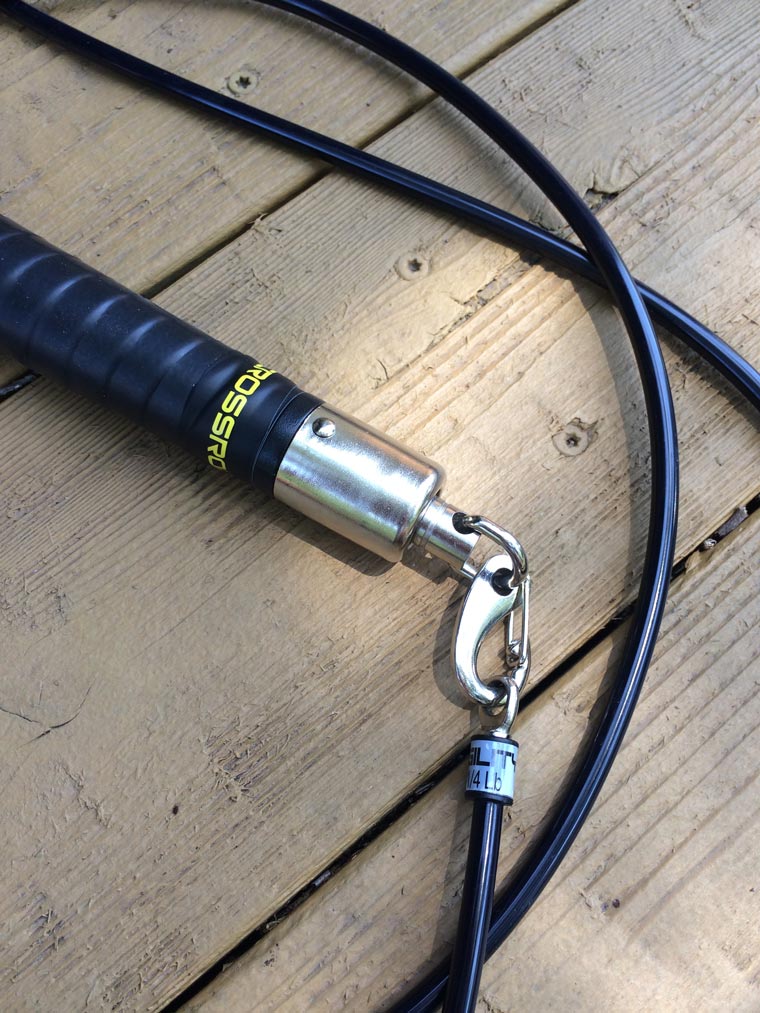 The best part of this jump rope workout — and using a system like Crossrope where you can easily use jump ropes of different weights — is that it allows you to get better and fitter. The heavier ropes increase your fitness and your strength so that you can do more with less effort after just a few weeks of training. If you’ve been wanting to jump rope faster, longer or harder, this is the way to do it. 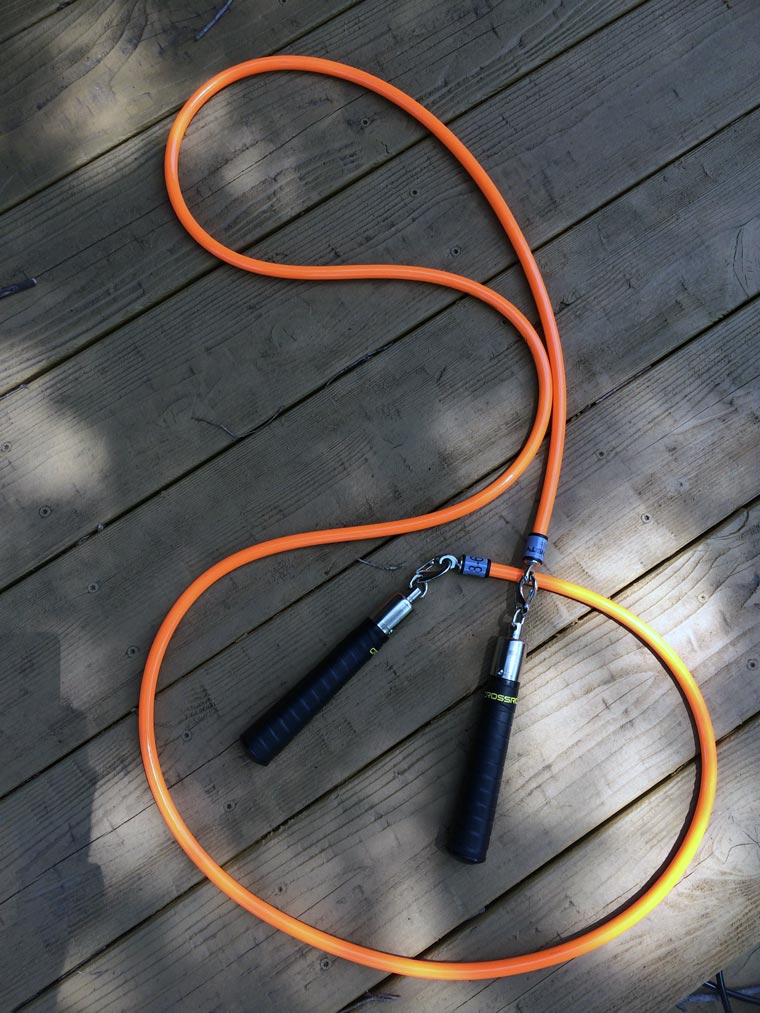 I still may never be quite this awesome at jump rope or anything Serena Williams does, but I sure am having fun trying again.

And that’s way better than whining.

Have you ever done a jump rope workout? I’m thinking of playing with this one a bit — maybe follow it with some push-ups and tricep dips and air squats? Talk about a full, full-body burner! —Jenn