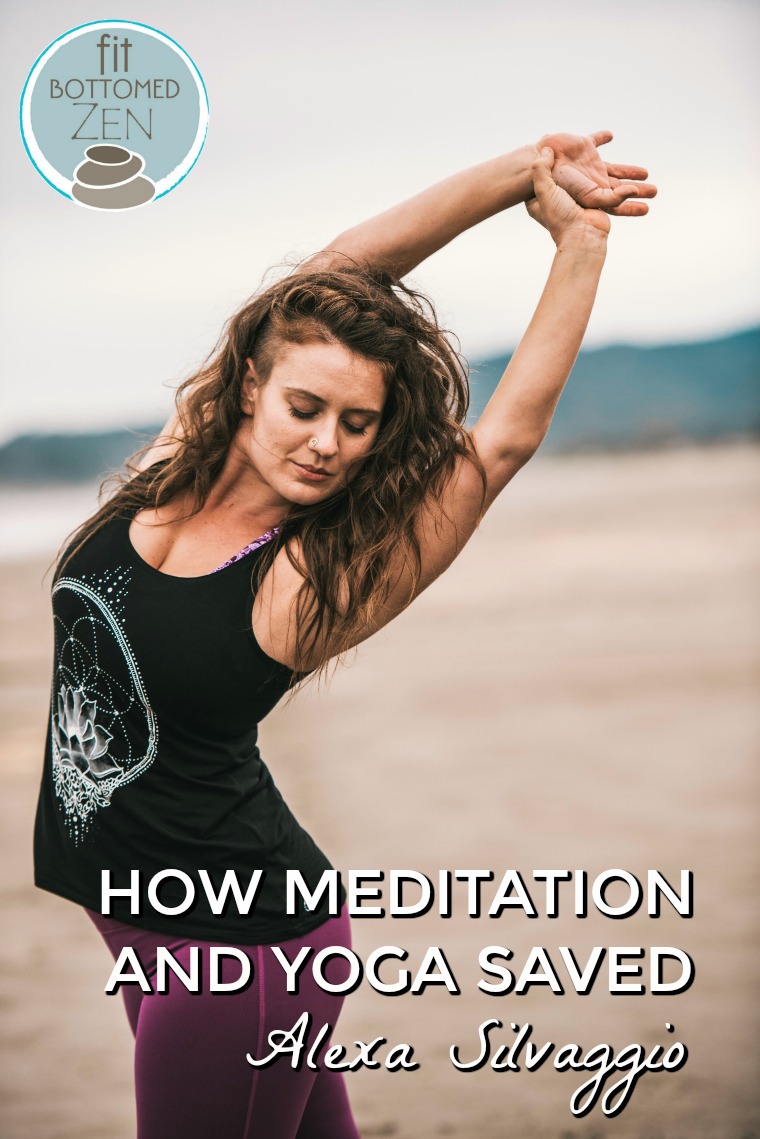 The pressure to look a certain way is strong. And although eating disorders are often caused by a variety of different factors, one thing is for sure: eating disorders thrive on negativity. A negative outlook toward your body image and well-being are at the center of the poor eating habits characteristic of an eating disorder. A fact that Alexa Silvaggio — yoga teacher and meditation practitioner — knows well.

Alexa previously struggled with anorexia. As a theater major in college, she felt the pressures to look a certain way in order to land the parts she wanted. She also had a tumultuous relationship that made her feel less than desirable. The perfect storm of things fueled the fire and soon she was running on empty.

During a recent interview on Gaiam’s “Untangle” podcast (of which we’ve been on, too!), a companion to the Meditation Studio iOS app, Alexa speaks about how her first yoga class and a practice of overall mindfulness turned things around for her. She learned to notice when she feels full, when she feels hungry, and she learned that her self-worth is not relevant to the number on the scale. Her experience later inspired her to begin leading yoga and meditation in Los Angeles and New York City, and to help those who also experience body image and eating disorders. In fact, she leads wellness retreats all over the world through The Travel Yogi as well as workshops throughout the United States.

We recently had the chance to chat with Alexa — to go a little bit deeper into her experience overcoming anorexia.

FBZ: Can you describe the moment when you knew you had an eating disorder?

AS: I think one of the trickiest parts about having an eating disorder is that there is a lot of denial going on — denial of feelings, denial of physical sensations (hunger and satiety), even denial of logic! Rock bottoms have to happen before there is a knowing and an acceptance of the fact that there is disease present.

For me, I was on a plane ride home to San Francisco. I was scared to see my family, as they hadn’t seen me in months … and I knew that there would be a reaction to my body as it had changed so drastically. When you’re anorexic, you don’t really feel hungry. It’s rare. But for some reason, I felt it this day, so I decided to order a tomato juice from the flight attendant. I asked her for the can so I could read the nutritional facts and it had 50 calories in it. I shuddered, gave it back, and ordered a Diet Coke instead.

That was it. I knew at that moment how utterly dysfunctional my life was. I actually saw it clear as day. Almost as an outsider looking in, I knew that something had to change. I made the decision right then and there to recover — and the journey began.

FBZ: What was your first step to getting help and back on track?

AS: After my bottom, my sister took me to my first yoga class the next day. For the first time, I felt on, some tiny level, safe in my body. I could stay with myself. It was still a fight, and a struggle, but I had moments of peace.

FBZ: What role has yoga and mindfulness played in your recovery?

AS: Therapy, yoga, meditation, nutritional counseling, all were heavy hitters in my recovery, but truth be told, meditation most of all. I needed to learn to stay. To not check out, but check in. And meditation gave me that. It’s a daily practice, a daily checking in, a daily arrival.

FBZ: Do you ever find yourself slipping back into negative thought patterns? If so, how do you get back on a feel-good track?

AS: All the time. My go-to response when the sh*t hits the fan is, “I’m fat.” Not because I’m fat, but because it’s an all encompassing, utterly engulfing distraction to whatever is ACTUALLY going on in my life. The thing that pulls me out is the consciousness piece. Now I’m aware of slipping into those patterns and I can cognitively change the thought.

FBZ: What’s the best piece of advice you’ve ever been given?

FBZ: What’s the best piece of advice you can give about being truly healthy and happy? 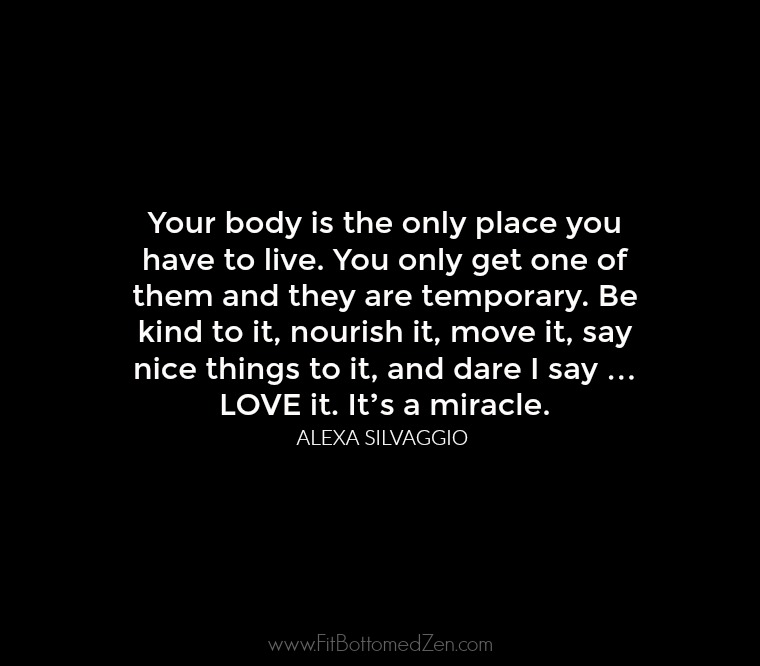 AS: Your body is the only place you have to live. You only get one of them and they are temporary. Be kind to it, nourish it, move it, say nice things to it, and dare I say … LOVE it. It’s a miracle.

Are you comfortable with discomfort? That seems like a concept we’re hearing a lot about lately. —Jenn