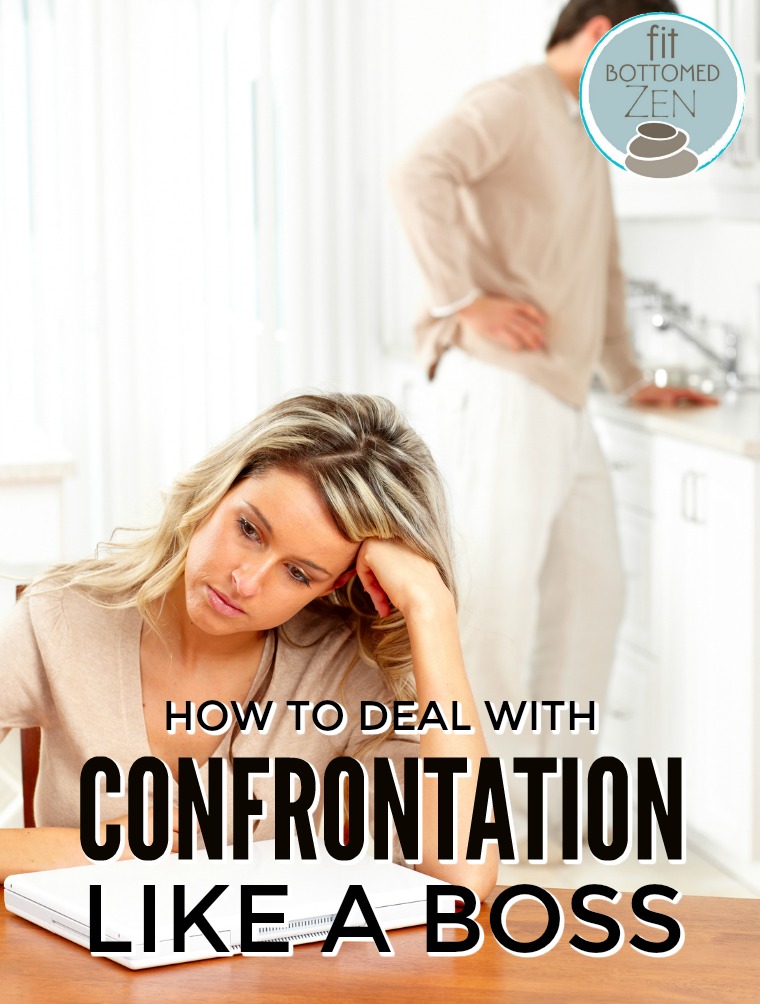 To say that I’m uncomfortable with confrontation is such a gross understatement that I actually laughed as I typed it. It’s not that I’m afraid to voice my opinion (at least, not when it’s something about which I feel strongly), but thinking about being part of (heck, even witnessing) an argument puts my stomach in knots. Maybe it’s because I grew up as an only child with no cousins, so I really never experienced meaningless fights as a kid. If something escalated to the point that I got into it with someone, the friendship wasn’t likely to be salvageable. So it’s definitely not a life skill I developed.

While I’m better about that now, as an adult (being married for 12 years has certainly helped), my instinct to deflect or flee when I sense a confrontation coming about is still hella strong. It’s not that I mean to put it on someone else — I really just want everyone to be happy and have nice things! — but there are times when I seriously. just. cannot.

It’s not an attribute I particularly like about myself, though, and I figured, hey, what better way to learn how to deal with conflict than to write about it … and ask around to find out what other people do in those situations. So, I took to Facebook to see how other people deal with conflict — particularly, those who also struggle with confrontation but manage to do it well anyway. 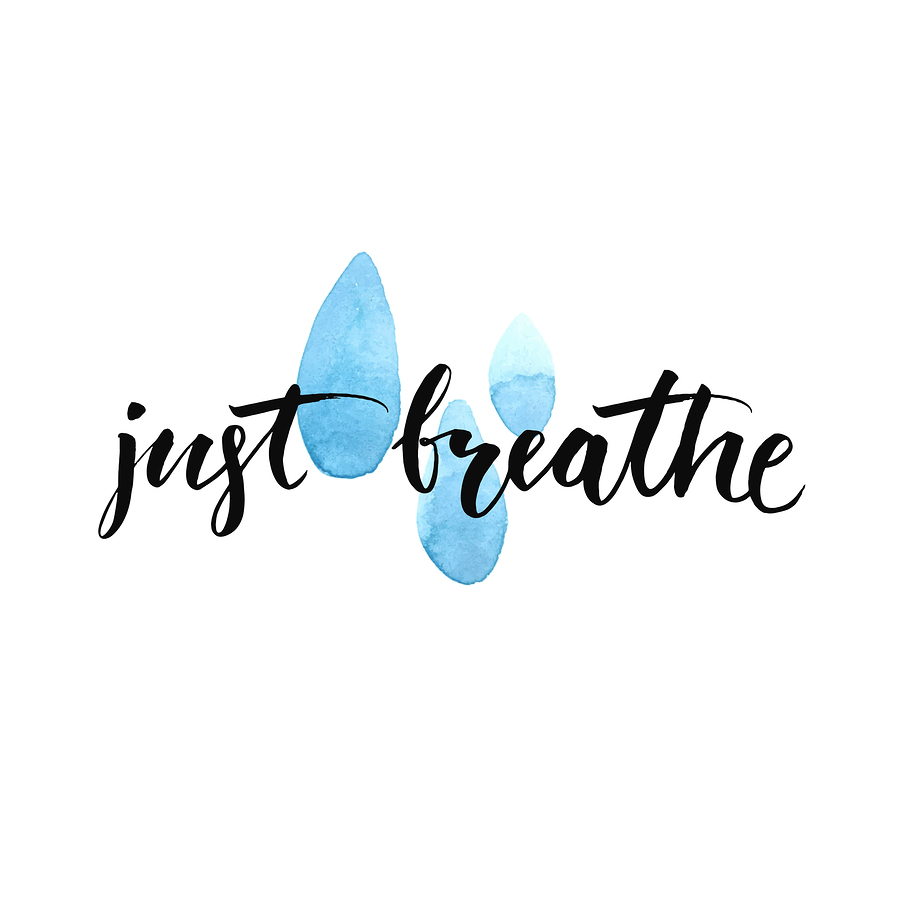 We know how important breathing is, and it’s even more important when you find your heart beginning to race and all you want to do is run away (or yell, or cry, etc.). And it even goes beyond just controlling your physical response: “The person with the most awareness of their breath has the most power during confrontation,” says Deana Welch. “They can slow down the pace of the conversation instead of engaging the fight or flight response.”

We all want to be heard, and often, the simplest resolution to an escalating confrontation is simply acknowledging that you hear the other person and/or don’t blame or judge them — this was something nearly everyone who offered advice at least touched on. Make sure you really hear them out by listening without interruption. Once you’ve heard what they have to say, try to figure out what they need to hear or feel, and, if possible, give it to them, suggests Jeanette Peters.

“People are more apt to work toward a compromise if they feel you at least are making an effort to see their side of the argument,” adds Margaret White.

Cody Meche’s advice was similar: “I try to live by the Platinum Rule, the alternative to the Golden Rule. ‘Treat others the way they want to be treated.’ I won’t avoid confrontation but I will seek to understand the root cause in an attempt to make that transparent so that change is a potential outcome if all parties involved welcome change and continuous improvement.”

That listening part gets pretty tricky when you’re all worked up and have many things to say (or, let’s be honest — when you think the other person is wrong, wrong, WRONG). But remember, it’s possible to disagree without coming from a defensive place. Before replying in a way you think you might regret, make sure what you’ve heard is what they meant to say. “I repeat what I think I heard,” says Debra Oberlin. If what you heard them say isn’t what they meant, give them a chance to rephrase — avoiding that miscommunication is key to finding a peaceful resolution.

And, if you got it right and what they’re saying just seriously pisses you off? “If I don’t have a productive reply I ask if I can have some time to consider the situation and get back with them and make the appointment to discuss again. My knee jerk reaction to confrontation always ends in disaster,” says Debra.

Another option? “Ask for more information: what prompted this, and what outcome the person would like,” says Rory Hampp. “This gives you time to get your bearings, and they might feel like they got to say what was on their mind. A lot of situations escalate when people want to argue about something subjective or irrelevant and/or get the last word. After listening to the other person’s concerns I focus on a solution going forward and that tends to diffuse things.”

If you’re really struggling to respond in person, consider asking for time and then responding via email, says Jeanne Sager. “That gives me the ability to put my thoughts together, to write out the things I WANT to say but shouldn’t, then delete them, and to build up my coherent argument. Also, I’m a crier … which I HATE but can’t control … so email keeps me from embarrassing myself.”

So. You’ve heard the other person out, you understand where they’re coming from (even though you may not agree), and you know what you’d like to say, but there’s another element to consider in how you respond: “Think to problem solve, not argue,” says Lynne Palmer. This gets everyone involved to look more for a solution rather than how they can prove they’re right and you’re wrong, creating an easier environment for everyone.

Make Sure It’s Worth It

As much as I dislike confrontation, I’m also aware that there are plenty of people out there who seek it out. You often have an option as to whether you engage or not, so even if you know you can handle the conflict, make sure it’s a confrontation that’s worth your energy. Do you care about the person, the topic? Is it important that you make a stand in this specific situation? If no, then you get to make the choice to avoid it, and that’s not always a bad thing. Not every battle has to be your battle.

Sometimes, the answer is an unequivocal yes — last spring at a conference, I butted into a conversation at my lunch table that was being dominated by a homophobic woman because, for one thing, she was saying a lot of horrible things, and for another, she was talking to a couple of women who clearly felt cornered and didn’t know how to respond. My voice shook and my face got red, but I stopped her, I gave the other women a chance to escape, and then, when the woman attempted to get nasty with me about it, I refused to engage. I know my stance (hashtag straight without hate, yo), I know that she was wrong, but I also knew that arguing about it with her was unlikely to sway her any more than I already might have by stopping her. It was worth it to step in, but not to continue. Make sense?

After all, like my friend Wendi Aarons said, “If you have no skin in the game, if you’re never going to deal with them again, if there are no lasting effects, walk away.”

How well do you handle conflict and confrontation? Does it matter much whether it’s work vs. home? I can deal with it far better when it comes to people I’m close to than I can with strangers, that’s for darn sure. —Kristen